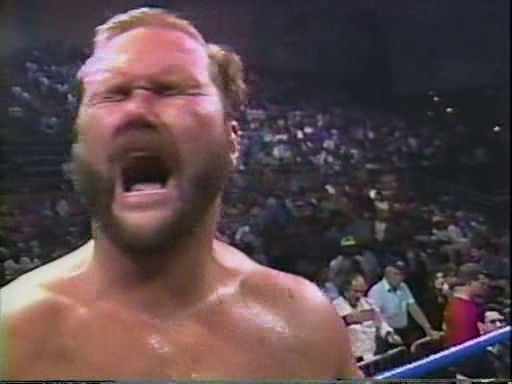 Chad and Parv review Clash of the Champions 17.

[29:13] Review of Clash of the Champions 17: The Freebirds as lumberjacks, guy turning babyface by getting kicked out of heel stables = burial?, can Sting back it back from the hospital in time to defend his US title?, and just where does Enforcers vs. Dustin Rhodes and Ricky Steamboat rank in the all-time best WCW matches?

AND be sure to check out Matt Ds great companion piece on the Clash.

Jennifer Smith
It was a Thing on TV Podcasts

It Was a Thing on TV Twin Pack: Episode 180 & 181 – The Olympics Triplecast/What Would Ryan Lochte Do?