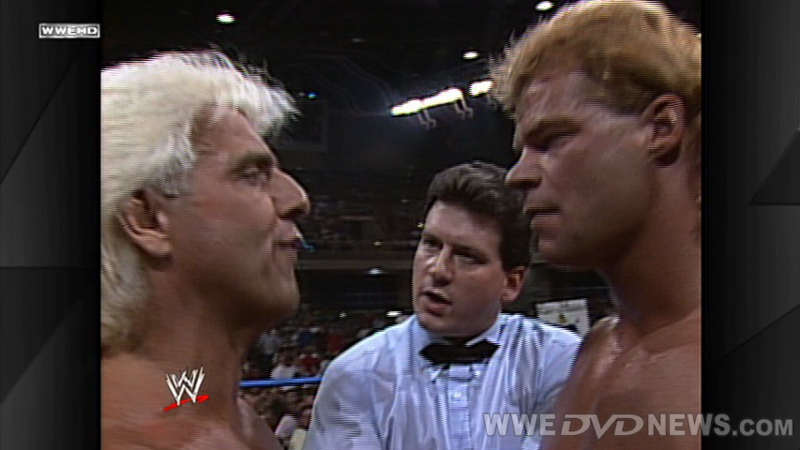 Chad and Parv welcome back Charles (aka Loss) to talk about Wrestlewar 90: Wild Thing! In this show:
– [4:02] News about new podcasts on PlacetoBeNation.com: Wrestling with the Past, The Brad and Chad Show and Titans of Wrestling
– [14:08] Wrestling Observer roundup, with talking points including: Tully Blanchard’s contract negotiations, The Saga Of The Von Erich Warriors, Roos shoes, evaluating Meltzer’s booking ideas for 1990, “keep or throw” for workers whose contracts were expiring, and whether Wade Keller would be someone who could go into the Wrestling Observer Hall of Fame.
– [56:36] Wrestling News Network with Gordon Solie
– [01:01:06] Wrestlewar 90 review, including: Ric Flair’s firing as a booker affecting his promos, Nick Patrick’s aggressive poking, “Zee” vs. “Zed”, workers talking directly into the camera, comparison of Jim Ross and Gorilla Monsoon, in-depth analysis of Luger vs. Flair [2:17:44], and a brief touch on the Bret Hart / Flair GOAT contender talking point (“where would Luger-Flair rank in Bret’s career?”)
– [2:37:53] End of the show awards