For the seventh season in a row, Justin Rozzero will be spending the winter in section 103 of the Dunkin’ Donuts Center watching the Providence College Friars battle for Big East supremacy. Throughout the season, Justin will take some time to talk about the team, personalities and general college basketball atmosphere that goes down around him. You can find the full archive here. 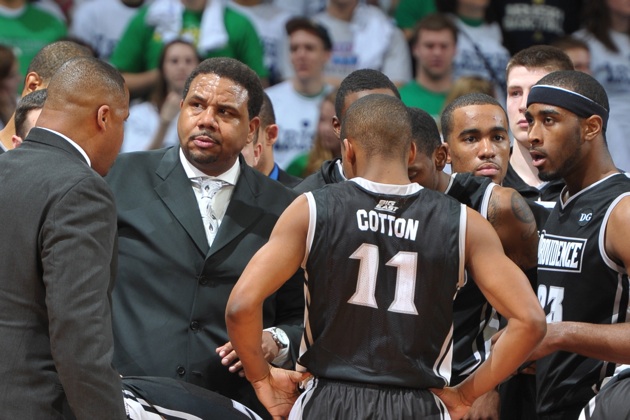 The NCAA hoops season is nearly a month old and the Friar Roller Coaster has already hit every twist, turn, hill, loop and drop you could think of. Sadly, it is nothing new for long time PC supporters as any time it seems like the program is finally making strides and prepared to make the leap, a whole heap of something bad drops into our laps. The buzz was high coming into the season, backed by a brand spanking new national TV deal, as the Friars looked to be in the upper half of the rebuilt Big East. For the first time in a long time, the team had some legitimate depth, armed with seasoned seniors, a McDonald’s All American point guard, two transfers ready to roll and two freshman looking primed to play impact minutes. In Ed Cooley’s third season, Friar fans would return to the promised land in March. And then, the shit hit the fan.

During the team’s sole preseason game against Rhode Island College, star point guard Kris Dunn injured his surgically repaired shoulder that had already cost him half of his freshman campaign. As the hand-wringing began, Dunn would undergo an MRI that revealed his injury would keep him out just weeks and not months. However, we barely had a chance to breathe that sigh of relief before word leaked that freshmen Brandon Austin and Rodney Bullock were being suspended indefinitely by the school. Bullock was thought of as a solid role player, but Austin was highly touted and looking at legitimate minutes in a contributor role. It has since been a month and the players are still in street clothes with a return nowhere in sight. Rumors are floating that we may find out their fate in the next week, and there are also rumors that the two could miss the entire season. So long, depth.

With Dunn sidelined and Austin stuck in his dorm, the Friars barely edged out the Boston College Eagles in a big non-conference nationally televised win to open up the season. It was a great sign that the team was able to grind out a win against a solid opponent despite being short-handed. The Dunk was packed for once and the students were out in force, leading to a great atmosphere, one that we hoped would carry over into conference play.

Five days later, the Friars nearly blew a big lead against Brown and actually found themselves trailing late in the contest. But thanks to a big day from transfer Tyler Harris and a really big three pointer from Josh Fortune – and a scary last second miss by Brown’s Sean McGonagill – the Friars moved to 2-0.

They followed those nailbiters up with easy victories over Marist and Vermont, but the highlight here was the return of Dunn. Word broke just hours before the tip-off against the Catamounts that Dunn would be back in action and it came to fruition. Now, sitting at 4-0, with their point guard back in tow, Friartown was feeling good as the team flew down to the Virgin Islands for the Paradise Jam tournament. Friday night, PC forged an incredible comeback, led by Dunn’s stingy defense, as they knocked off Vanderbilt, closing the game on a 27-4 run to start the season at 5-0, their best start since 1990-91. Two nights later it was Tyler Harris that helped dig the Friars out of an early hole, sending the team to the tournament final with a win over LaSalle. However, by night three, the team ran out of gas, fell down big again and couldn’t complete the comeback against Maryland. It was proof that while the team proved its conviction, they could not keep falling behind early and be forced to use their energy for frenetic comeback attempts. Regardless, the Friars were heading home at 7-1 but things were once again ready to crash down.

During a sleepy win over Fairfield on the day after Thanksgiving, news broke that Dunn was again hurting and was likely to miss the big game against Kentucky two night later. For a team that was sitting at 8-1 and still featuring high quality players, times were starting to feel a bit desperate. While the Kentucky game was not the biggest game on the schedule (conference games reign supreme), it had the chance to be a program making win and an announcement that Cooley’s Friars were for real. The Friars were already overmatched and undermanned, but without Dunn, a win in Brooklyn seemed like even more of a longshot. 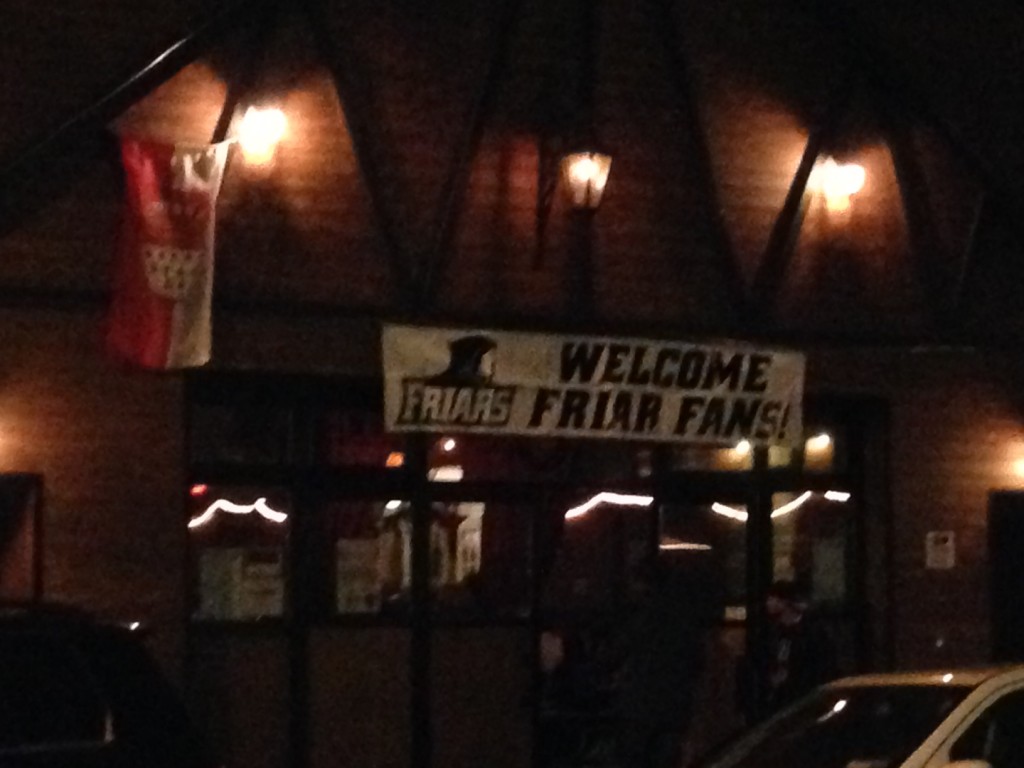 The atmosphere was fantastic, starting with the pregame reception at Die Koelner Bierhalle, a German beer hall that was bursting at the seams with black and white. As fans and alumni chatted, ate and drank, the anticipation continued to build. 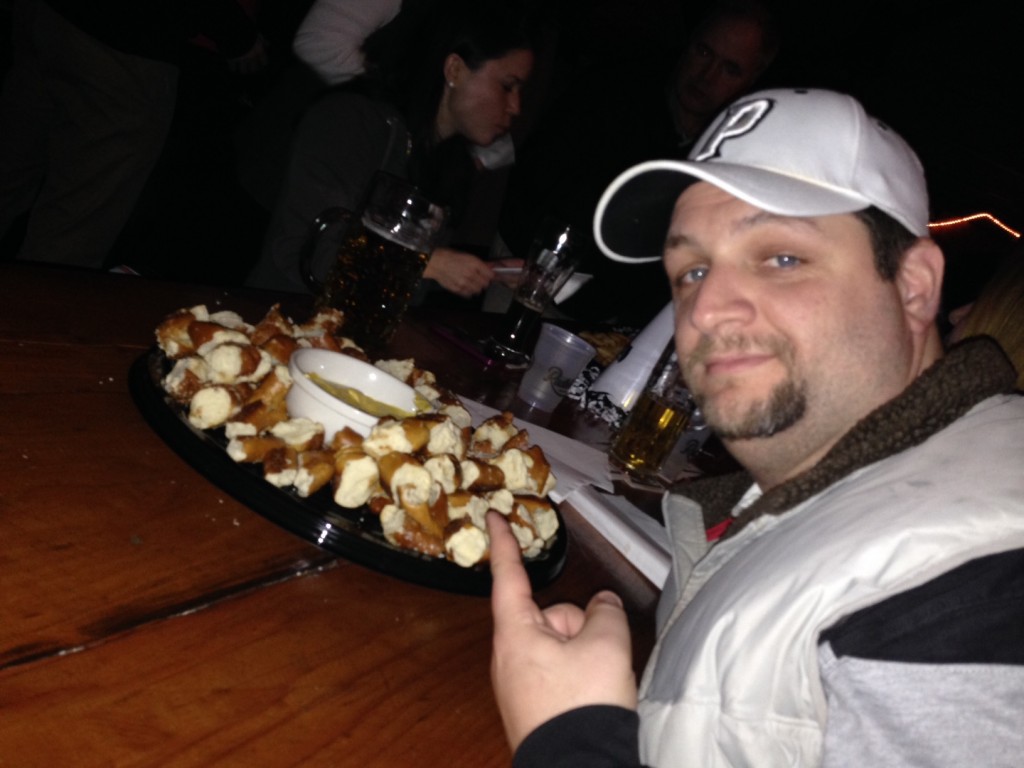 By 8PM, we were inside the brand new Barclays Center – for what was officially a Kentucky home game – which looked like Rupp Arena on horse testosterone for the evening. Teaming with blue and white and blasting Kentucky highlights from the giant video board, it felt like the world was against Providence and things were starting to feel a bit impossible. Despite the Wildcats having received 17,000 tickets for the fans vs. 1,000 for PC, the Friar Faithful were loud and proud and often dominated the atmosphere throughout the first half. 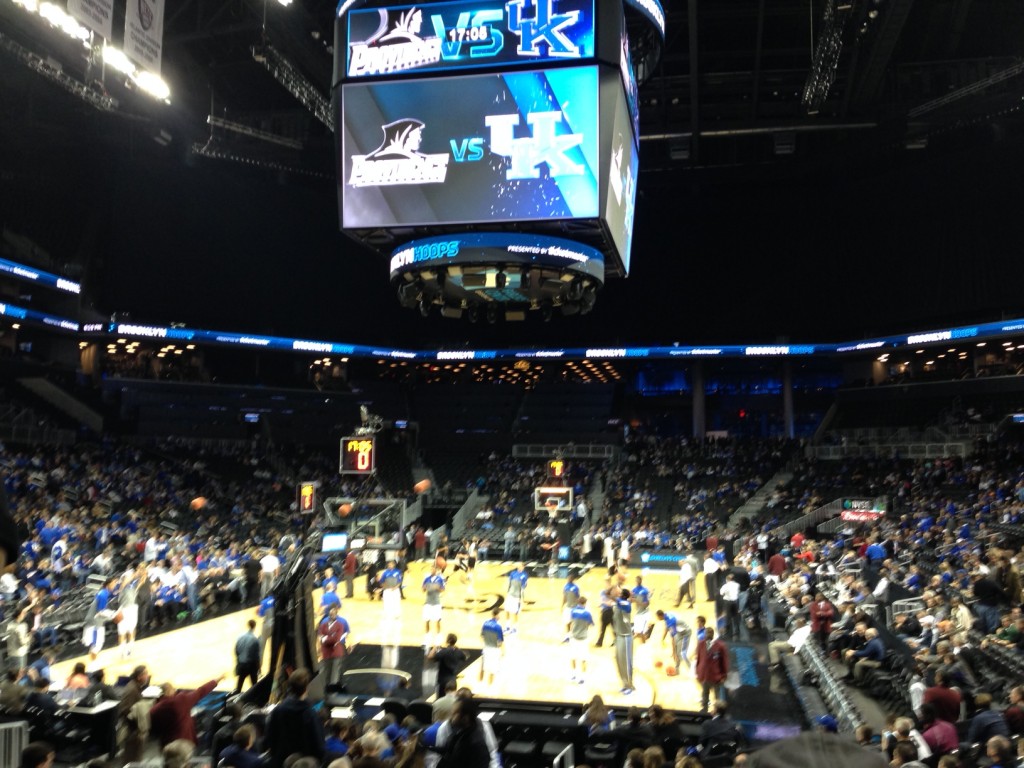 The undersized Friars were able to contain Julius Randle early on, but Willie Cauley-Stein and James Young proved to be too much in the end. After tying the game shortly before halftime, the Friars went into the break down four. However, the Cats sprinted to an 8-0 run early in the second half and the Friars never really recovered. The would hang around and make some threats but never got too close before ending the game with a 15 point loss. It was a valiant effort, especially without Dunn, but there were some serious flaws exposed: without a true point guard, the offense can get stagnant and bogged down with fruitless possessions; without Austin and Bullock, the team is now lacking depth and they need Carson Desrosiers to play as many minutes as possible to provide some height down low. 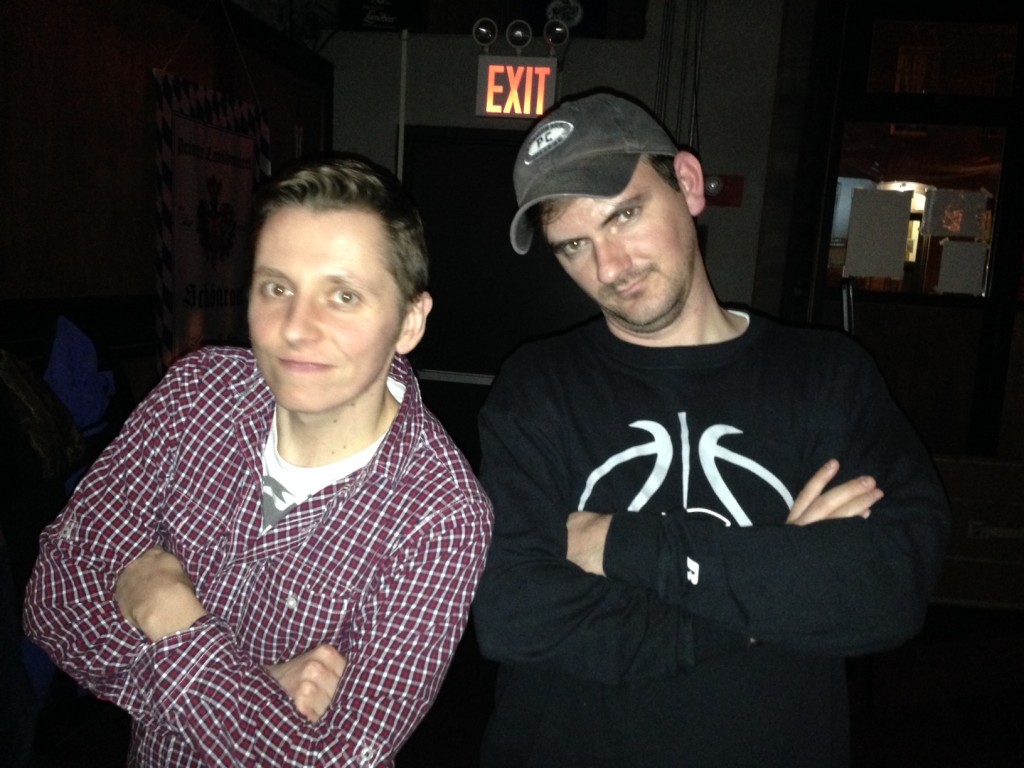 With a nice five-day break, the Friars travel down route 4 to Kingston to face the long time rival Rhode Island Rams tonight. The Friars have beaten the Rams three straight times, but despite the current states of the programs, these games are never easy. The Ryan Center will be packed with rowdy students looking to hand the hated Friars a nasty loss that would really sting come bubble time. The Rams were looking like an A-10 player before the season, but they have experienced their own growing pains, including 6’10” sophomore Jordan Hare taking a leave of absence for personal issues. On the surface this seems like an innocent affair, but in reality this is a huge, and dangerous, game for PC. It is a game they must win. It is a game that will stick out like a sore thumb under the “Key Losses” graphic on Selection Sunday. The Friars also would love to get to Big East play without suffering another loss, a task that will already be quite tough with a strong UMASS team still to come.

As Rhode Island settles in for the re-ignition of a long time rivalry (the first time these teams played was 1934), Friartown sits in unrest, hoping for the best. Without Dunn and Austin, this team moves from an NCAA hopeful to a “a lot has to go right to stay on the bubble” status. If Dunn can make it back by the time the Big East tips off, things will be looking up. For now, PC needs to take care of business, starting tonight in Kingston. This game will speak volumes for both the team and the direction of the program in 2013. I decided to stay at home for this one, so I will be glued to my TV from tip-off to the final buzzer. I mean, Kingston is way too far of a drive anyway.