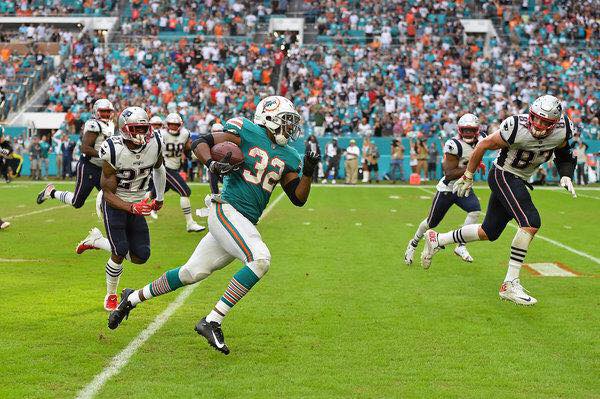 Pete Rozelle’s dream of parity took shape in Week 14 with a few Any Given Sunday results. Struggling franchises like the Raiders, Dolphins, Browns, Giants and Jets all celebrated victories on the same Sunday while perennial contenders like the Steelers and Patriots suffered brutal, heartbreaking defeats along with the defending Super Bowl Champion Eagles.

This weekend, the Steelers and Patriots head into Heinz Field for their seemingly annual clash: A juicy 4:25 ET kickoff that will be one of the most watched games of the year with only one other game in that window. The Steelers prevalent disorganization is finally catching up to them on the field as they go in on a three game losing streak with a one dimensional offense and a struggling defense. The Patriots have more of a cushion in their division and history shows they are more able to bounce back from a devastating defeat. It will be a classic matchup that will come down to the Patriots consistent excellence and professionalism vs. the Steelers talent and desperation.

The Ravens, even at 7-6 have cause for optimism with three winnable games remaining and the reeling Steelers facing the Patriots and Saints back-to-back. The Ravens were a couple of 4th down Pat Mahomes magical plays from upsetting the Chiefs in KC. It still might not work out for the Ravens and John Harbaugh but they will be hard pressed to find a coach that will have them better prepared to win a game against the top team in the AFC on the road. If the Ravens are able to get in the playoffs they have proven that they can win on the road in tough houses like Pittsburgh and New England. Even as a wild card, a first round game in Houston would not be an upset.

The Chiefs got Eric Berry back and Justin Houston made some huge plays on defense to support Patrick Mahomes’ inevitable MVP crowning season. Mahomes Magic may prove to be a more powerful force in the postseason than Andy Reid Tragic. One play in particular in overtime stands out: 1st and 10 at the Baltimore 12, Mahomes scrambling, drops the ball near Terrell Suggs who got his hands on it but it was somehow recovered by Chiefs LT Eric Fisher. The Chiefs go on to hit a FG and their defense holds. Suggs has pounced on every loose ball in a Hall of Fame career. Mahomes Magic indeed.

“I think there’s a lot of things that could’ve been better on that play…The game was a lot more than that play but certainly that play wasn’t a good one for us.” – Bill Belichick