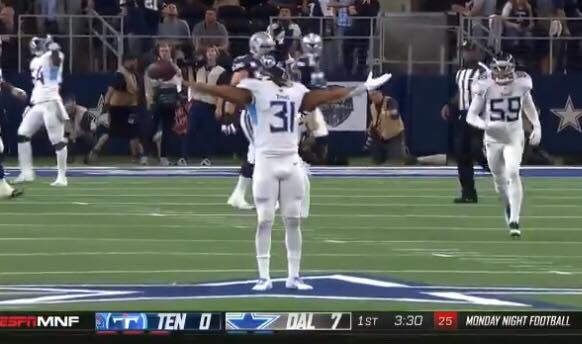 Week 9 is in the books as two marquee matchups took center stage that brought in tons of casual viewers to the NFL show. The Saints prevailed over the Rams, who were the last team to suffer defeat. The Saints defense made a couple of more stops than the Rams defense and Sean McVay got a little cocky with a fake field goal attempt in the first half. Both QBs dropped back a combined 76 times with zero sacks as defensive coordinators around the league spend sleepless nights trying to figure out how to stop these two teams from a rematch in the NFC championship game. The Rams’ loss will serve as a learning tool as their easier schedule should leave them in good shape to grab the #1 seed as the Saints still have tough division games to endure.

The 7-2 Patriots continue to roll as NBC promoted the hell out of Brady vs. Rodgers but Green Bay is a pack of mediocrity outside of Aaron whether it shows up as an inopportune fumble or a running into the kicker penalty on 4th and 21. New England generated more of a pass rush and pressure on Rodgers and Josh Gordon stepped up with some clutch catches. So far Gordon has bought into the Patriots cult of winning which involves sworn secrecy and giving up tons of money.

Let’s take a tour around the league by each division and identify the coach most likely to be cleaning out his office on Black Monday.

AFC EAST: Slow start, early ugly defeat, go on a roll, rinse, wash and repeat. The Patriots way as they shift their focus to threats outside their division like KC.and Pittsburgh.

BM Coach: Todd Bowles will be a top defensive coordinator for some fortunate team next year but it’s time for the Jets to hire a coach with an offensive background to mold their franchise quarterback. The long line of recent Jet coaches have all come from the defensive side of the ball. Rich Kotite was the last hire with a resume heavy on offense and undoubtedly the next one will fare better.

AFC SOUTH: The Texans have risen with the health of J.J. Watt and DeShaun Watson resurrecting Bill O’Brien who looked lost at 0-3. Thanks to a fortunate schedule and a few breaks they go into the bye week with a six game winning streak and added confidence.

BM Coach: None, unless the Jaguars continue their disastrous stretch. Doug Marrone should still survive.

AFC NORTH: The Steelers defense took off the month of September but have figured things out and the team is hitting their stride. They appear to have survived the Le’Veon Bell soap opera.

BM Coach: John Harbaugh might not have to leave the division as Cleveland will surely be interested. A Super Bowl winning coach but eventually change is necessary as the Ravens are one game under .500 since that championship.

AFC WEST: The Chiefs are rolling and the Chargers have hung in there at 6-2. SD won’t be taken seriously as contenders until they can beat KC, who has owned them nine games in a row.

BM Coach: Vance Joseph, although Denver’s QB of the year club isn’t doing him any favors. The end of the Texans’ loss was poorly managed as the Broncos made no effort to get closer field position with time on the clock and settled for a 51 yard FG that was badly missed in the wind.

NFC EAST: The Eagles enjoyed a successful bye week watching both of their rivals fail miserably on their home field. Washington’s lack of talent on offense was exposed by the Falcons and they lost two starters on their Offensive line to add injury to insult.

BM Coach: Jason Garrett has overstayed his welcome as Jerry Jones’ puppet. He has no clue when to execute a coach’s replay challenge and is a glorified cheerleader. Ezekiel Elliot touching the ball one time in the 4th quarter of a tight game is inexcusable. Cowboy Nation has no clue on what coaching savior will come and work for this owner/GM.

NFC SOUTH: The Saints, Panthers and Falcons were all dominant at times on Sunday and all appear to be getting stronger in the second half. Two huge Saints/Panthers battles in the last quarter of the season will decide this division.

BM Coach: Dirk Koetter, whose fate was decided by the failures of Jameis Winston and an awful defense.

NFC NORTH: The Bears have surprised thanks to a larcenous defense and diversified offense. Coach Nagy appears to have gotten Mitchell Trubusky’s turnovers under control. Now they gear towards the two Vikings games, including an early flex favorite for the last game of the year on 12/30 at Minnesota.

BM Coach: Mike McCarthy, another Super Bowl winning coach whose past due. The next coach will surely be someone who has a relationship with Aaron Rodgers.

NFC WEST: The Rams have dominated as predicted by anyone paying attention.

BM Coach: Steve Wilks may be a one and done coach unless he figures out how to beat someone besides the 49ers.

“We’ve got to do better and it starts with me.” – Dak Prescott