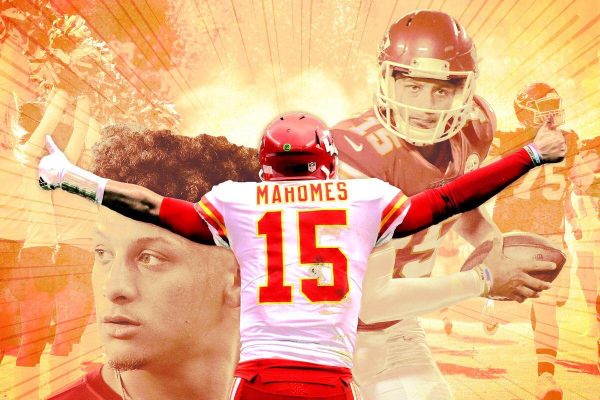 At the halfway or 8/17 mark of another NFL season, the trade deadline has passed, the first coach has been axed and four elite teams have emerged. It will take a key injury or two or a surprising road upset to deny a Chiefs/Patriots AFC Championship clash and a Rams/Saints NFC battle, which we will get a preview of this coming Sunday in a late game delight. We’ll take a respite from the weekly earth shattering analysis and drop the mid-season 8/17th awards.

When the Chiefs traded Alex Smith, the Chiefs expected Mahomes to play well in his first full season as a starter. They could not have expected him to play this well. Mahomes currently has 26 touchdowns halfway through the season; last year, that would have been Top 10 over the full campaign. What’s even crazier is that Mahomes only has six interceptions. That is an incredible ratio for any quarterback, much less a first-year starter.

Gurley’s unselfish play at the end of Sunday’s victory over the Packers displayed a championship mentality.

Rodgers was a Ty Montgomery fumble away from upsetting the Rams juggernaut.

After suffering back to back season ending injuries, one of the best defenders in NFL history finally looks back at his usual level. Watt started off slow in the first couple of games, but is dominating defenses now. He is tied for the league lead in sacks with eight on the year and also has 10 tackles for loss. Throw in 13 QB hits and four forced fumbles. After raising millions for his community, Watt was going to be a Houston Texan for life. But now, he is once again showing greatness on the field.

Donald’s dominance gets lost in the weekly Rams’ offense show.

Barkley is showing the league why he was considered arguably the best prospect in the 2018 NFL Draft and why the Giants took him over any of the possible quarterbacks. Saquon has been producing nearly equally through the running game, with 481 rushing yards, and the receiving game, with 424 receiving yards. Barkley has a chance to be the face of Giants football for the next decade and hopefully lead his team to a few more wins if he survives this disaster of a Giants season.

Leonard, a second-round pick for the Indianapolis Colts, has been flying around the field. He is always around the ball and already has 88 total tackles, 7 for loss, to go along with four sacks and three forced fumbles. He has been reliable all season for the Colts and Sunday against the Raiders, came up big with a forced fumble in crunch time.

Can his team finally come through in January?

Kicker: Graham Gano. A perfect 11/11 on field goals in a year where kickers have blown too many games including a legendary game winner from 63.