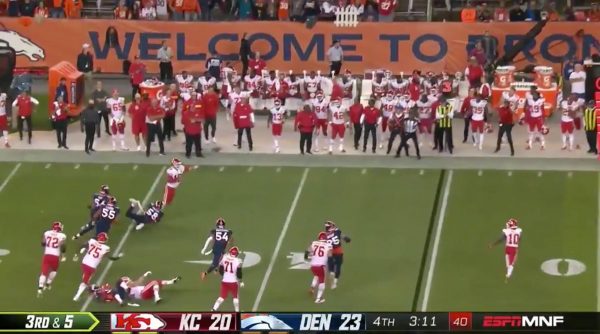 The most improved prime time show of the Fall season is Thursday Night Football and it continued its stellar season with a possible playoff preview. The Rams took it to Mike Zimmer’s highly ranked defense and Kirk Cousins couldn’t keep up, raising familiar questions with a late turnover when he had a chance to get his team into OT. The Rams defense demonstrated how to tackle the QB without a penalty in an expert presentation by throwing the QB to the side without landing their weight on him. LA is on the express train to the top seed in the NFC. Jared Goff threw 5 TDs on 231 pass plays as a rookie and threw 5 TDs on 34 pass plays Thursday. The Jeff Fisher Error to the Sean McVay Era.

Two rookie coaches had distinctively disparate experiences for their first NFL overtime game. Frank Reich went for a 4th down with the Colts on their own side of the field while the Texans’ Bill O’Brien was watching the clock run on his coaching career, praying for a tie and not even using his timeouts. Coach Reich said he would go for that play 10 out of 10 times but Andrew Luck misfired and the Texans received a gift for their first win. Coach Reich is trying to establish a winning culture early but he may not get 10 chances to repeat that same decision. Mike Vrabel on the other hand made a gutsy 4th down decision, playing to win instead of tie and it paid off in spades. The Titans were aided by several Eagles penalties and pulled out an uplifting win over the defending champs. The thrill of victory and the agony of defeat.

Atlanta continues to come up painfully short in the last minute and fell to the Bengals at home in a heartbreaker. The Falcons kept up their trend of blowing leads with their defensive philosophy of laying back in their zone and rushing only four exhausted linemen. When the results are the same, Coach Dan Quinn has to come up with a different scheme to break the trend of late game failures or he will be on the hot seat as the Falcons dream of hosting a Super Bowl fades a little each week.

The football week ended with some Monday Mahomes magic. Pat Mahomes’ lefty improv pass, among other gems, led the Chiefs over a gallant Broncos. Case Keenum had one open shot to relive his Minnesota miracle but misfired as the Chiefs stay unbeaten. All the general managers that passed on Mahomes are contemplating their job security while NFL junkies mark November 19th on their calendar and contemplate if Chiefs/Rams will be a Super Bowl preview.

“Relax, the offense is going back out.” – Mike Vrabel