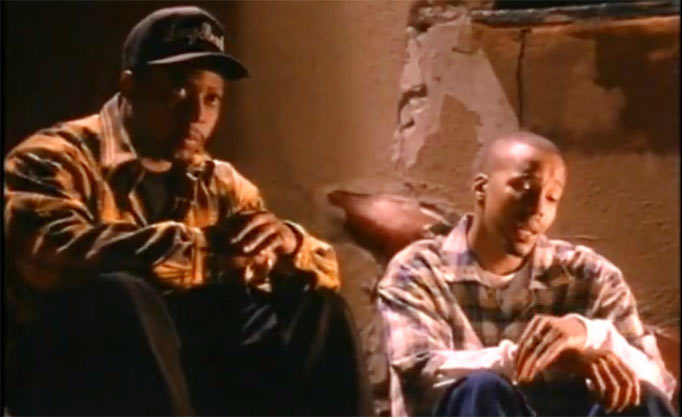 Jen: It’s that time again, Justin! For this edition of We Love the 90s, we’re going to be talking about one of my favorite songs from the 90s! Warren G’s Regulate!

Released in Summer 1994, first appearing on the soundtrack to Above the Rim with Tupac Shakur, it’s a great collaboration with the late Nate Dogg (RIP). I know it was part of the movie soundtrack, but I never got how Tupac was all over the video and he didn’t sing or rap one note in the entire song. What are your first memories of the song? Of Above the Rim? 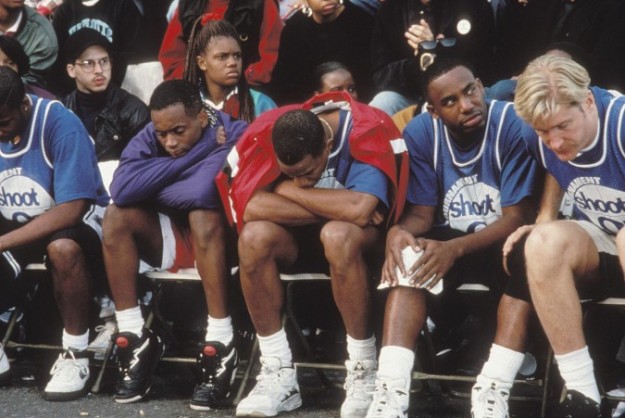 Justin: It’s the G Funk Era funked out with a Gangsta Twist! Who doesn’t love this jam? Is there a better “driving around hip hop jam” anywhere?

It is interesting that Tupac doesn’t perform but I think it was just in the vein of most music videos based on movie soundtracks that spliced scenes from the movie into a bigger story that the song was telling.

As I think we have detailed here before, I really wasn’t allowed to make my own choices in music until around 1992 or so. I immediately trended towards hip hop so this is one of the earliest videos and songs I fell in love with. It’s a simple story with tons of twists and turns, which we can document as we move along.

What city do you think this is? Why is Warren so brazen to just approach a gang of guys playing dominos? Seemed ballsy. I also like how dated it is with Nate driving around just hoping to find him…he had no other way to ask!

Any initial thoughts from the opening scenes of the video before we dive into the meat of the story? Oh, and don’t think we aren’t getting into Michael McDonald at some point too…

Jen: Who doesn’t love this jam? No one! How could you not like it? We all know that my musical preferences tend to be alt-rock, but this is one of my all-time favorite hip hop songs. It reminds me of driving around with my friends when I was in high school…memories…

This totally takes place in the LBC – Long Beach, California! “Just hit the Eastside of the LBC….all you skirts know what’s up with 213”. Although scenes in the video could be mistaken for NYC, Warren G was all about the LBC where he grew up.

He was so brazen because he was in his own ‘hood. I’m sure he didn’t think anything bad could happen, since he IS Warren G after all. You are forgetting a very important piece of 90’s history here, Justin. Driving around wasn’t the only way for Nate Dogg to find Warren G! He could have totally beeped him. There is no way that those guys didn’t have a beeper!

Let’s dive in! (Michael McDonald is as pertinent to this post as Warren G himself is…) 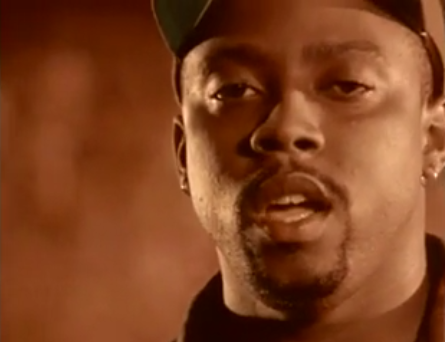 Justin: Oh yeah, this jam is A+ driving and party music… and dancing music. And relaxing and maxing all cool music too. It does it all. I get that he was confident, but it’s night time and there are large groups of men SHOOTING DICE, Jen! You have to be careful, I don’t care where you are. Would you drive around Coventry at night and roll up to some hillbillies SHOOTING OFF FIREWORKS and feel comfortable chatting them up and asking to fire off some bottle rockets? Gotta be smart out there.

True about the beeper…Maybe they left them at home? Perhaps it was destroyed in the dust up on the dice pitch? Or maybe Warren just wasn’t calling back so Nate had to hit the pavement and go looking.

Where do you think the girls were headed? Nate seems to imply they are hookers (Ok, no implication, he straight out calls them whores) but you think that was true? They seem awfully happy riding around and there is no pimp to be seen. I picture hookers in early 90s SoCal to be a bit more downtrodden than these chicks. They look like the Fly Girls! Give me a break! 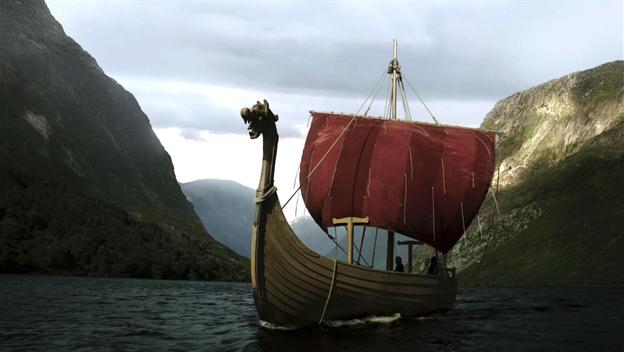 They took the rings and Rolex, Jen. What do YOU think would be next logically?

I also like how cool Nate is as he drives around. Why does he maneuver the steering wheel like he is navigating a Viking ship? Also, why the hell is Nate allowed to wheel around town with a full arsenal of semi automatic weapons in his whip? He just starts firing, we see tons of flashes and like seven guys scamper off?

We will pause there for your answers?

Jen: I do steer clear of the hillbillies lighting off fireworks, so I guess you have a point about the guys rolling dice! I think the girls were headed wherever their pimp told them to go. You could also argue that he was calling them whores kind of like the way rappers call women bitches, but it’s pretty offensive and it didn’t take off (bitches isn’t acceptable either, but I’m glad if that was the point, it didn’t take off). They definitely looked like Fly Girls, but I think we can just thank the video’s budget for that.

After the ring and the Rolex, they took the beeper for sure!

Have you ever driven a car that big? How else would you drive it? Come on, Rozzero! And quite frankly, I don’t think Nate Dogg is caring too much about the authorities catching him with all those weapons when his good buddy Warren G just got mugged. Just sayin’.

Can we talk about why did they have to go to the Eastside Motel to hang out with the girls? Did Warren G and Nate Dogg live at home with their moms? I know that the hotel had great amenities, like that fancy phone booth outside…but why rent a room to hang out with your friends if you have  your own place? 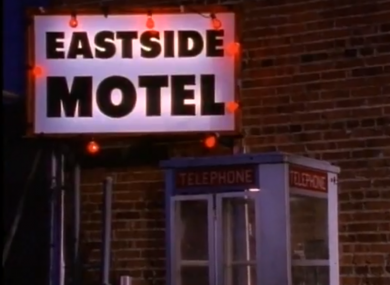 Justin: He certainly seems confident that he can close the deal with these chicks, so maybe they are prostitutes or maybe he just is really good at pulling in the trim. I have watched my grandmother drive her Buick Oldperson Mobile Boat and I can guarantee she didn’t spin the wheel like Eric the Red. Maybe it’s the hydraulics? Or maybe he had a rifle stashed on his lap so his arms were naturally elevated a bit.

And then in another odd moment, he uses the word “swell” to discuss how this paid date is going! Who the hell says things are swell before banging a hooker?

Now, since we can’t do one of these entries without a list… Think this one over as we begin our descent… Where does this song rank in the iconic 90s rap/hip hop pyramid? Songs that say “YES, THIS WAS THE 90s!!!”… That list! Also, where does “The rhythm is the base and the base is the treble” rank with all the other inane catchy random 90s rap lyrics? Has to be pretty high (no pun intended), right?

And who are the guys in the suits that open and close the video?? Are they the real Regulators? Is one of them a time traveling 2012 Paul Pierce because there certainly is a resemblance! And why is Derice from Cool Runnings so smug at the end? So many questions! 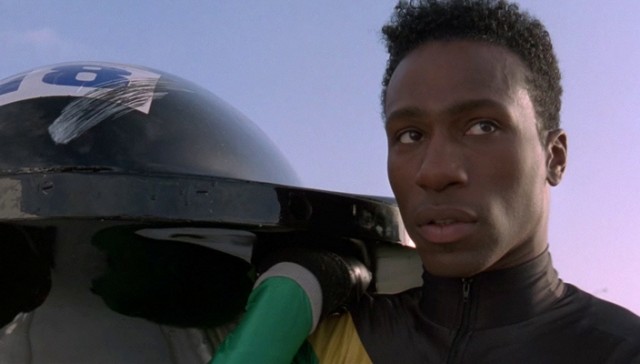 Jen: I am not sure if you remember this, but I drove a boat in high school. Before I met you, I had a 1983 Buick Riviera for three whole entire weeks. In those weeks, my red pleather-interior boat got stuck in cruise control no less than five times. And while it was kick ass that it had power locks and windows, it locked me in the car on more than one occasion. If I could put the window down, I would have to attempt to either climb out of it, or some how open the car door from the outside. And I drove it like I was manning a ship. It was humongous. Maybe your grandmother has better skills than me and Nate Dogg. 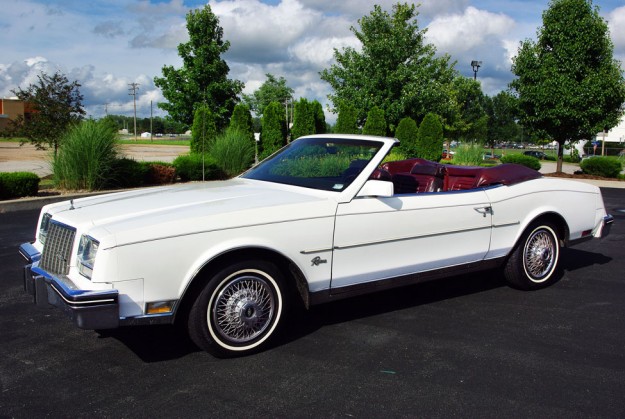 You have given me way too much to think about here. Where does this rank in 90s hip hop? Some would say it’s pretty high up there, close to number one if you ask me. There are some fierce competitors out there, though, and I don’t know if I can do any of them justice by ranking them. How do you even begin? You are definitely going to have more to add to this ranking than I do, as my love for 90s hip hop didn’t really happen until the 90s were ending. I was late to realizing the greatness of this genre. And I mean, you’ve been in my car. Bass? Treble? I don’t even understand how to properly set either of those. All I know is my car is jumpin’ when I play this song.

I’d have to say those guys are most likely the pimps to those lovely ladies we mentioned earlier.

Justin: I picture you driving that car and barely being able to see over the steering wheel. Did you sit on phone books? I wish it lasted longer so I could have witnessed this. And played “Regulate” while you navigated the streets of Coventry. Such a missed opportunity. I am not sure if it is number one but it is pretty high up the hip hop scale. I mean, even if you aren’t a fan of the genre or grew up outside of the 90s, you most likely have heard “Regulate” and can sing some of the words. So it ranks highly just on recognition alone, in addition to being an awesome song all around.

It is almost an impossible debate when you really survey the 90s hip hop landscape. And that isn’t a copout, it is legitimate. I wouldn’t even know where to start. Better people than us have tried and failed. And maybe we can find some of them to try it again for PTBN.

Now, before we wrap up… Michael McDonald…thoughts? Do you like the original version of this beat? Have you heard the remixed version that includes both? 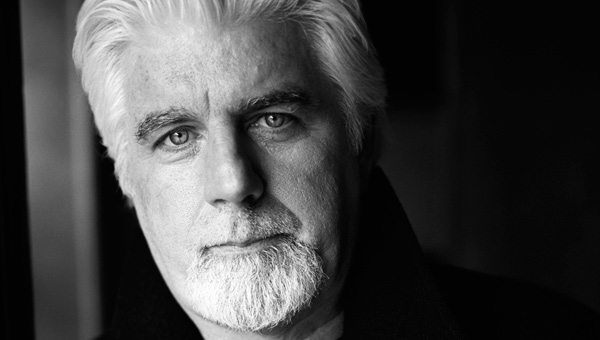 Jen: I didn’t sit on phone books, but it was a close call. That car was humongous, and had it been in better shape it might have been perfect for this video. Although it was a Buick and not a Caddy…

Of course, I’ve heard it. I’m not normally a Michael McDonald fan but he really does add that extra little something to the song, doesn’t he? It’s probably one of my favorite mash-ups out there. Although the Lady Gaga/Journey mashup they play at spin is definitely up there in my book. But that’s a discussion for another time…

Justin: Big Mike is the man and has a damn good catalog of songs when you add up his Doobie Brothers and solo work. 40 Year Old Virgin made him into a joke for our generation, but if you listen back, it is hard not to love him. Plus, without him we may never have had “Regulate.”

I think we summed it all up here, Jen. “Regulate” is a hella bad ass song that deserves a spot on any and all playlists that you may have. Until we meet again, keep living that G-Funk lifestyle, where funk is on a whole new level. That treble? It is the bass. And that bass? It is the treble.