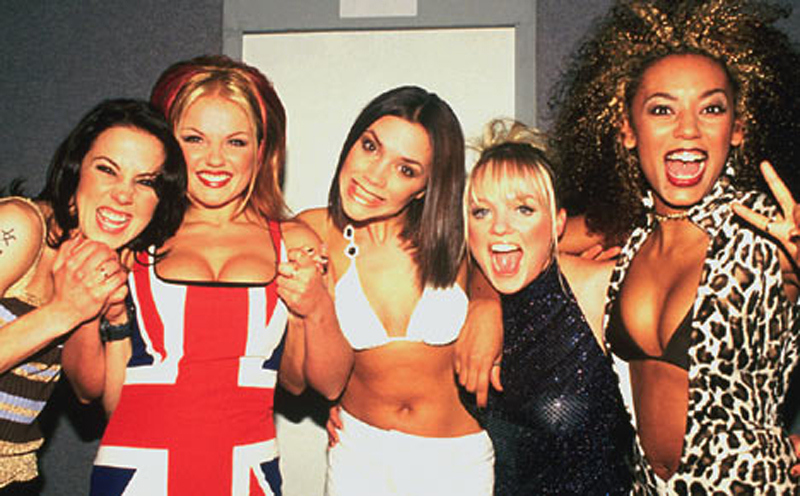 Jen: I know you are going to love this one Justin, I can’t believe you haven’t chosen this topic yet yourself to be honest. In this edition of We Miss The 90s, we are going to discuss…girl bands!

The 90s were a big time for boy bands, and pop in general. There were a few good girl bands in the 80s like The Bangles and The GoGos, and to start off the 90s we had the vocal stylings of Wilson Phillips. All of these groups inevitably opened up the path for the best-selling girl group of all time, the Spice Girls!

What was it about them that made them such superstars? I think everyone here is guilty of loving at least one of their songs. I have found myself with Wannabe stuck in my head on many occasions. And just a couple of years ago I was Ginger Spice for Halloween. What makes a good girl band? Do you think they will ever reach the same popularity that they had in the 90s again today?

Justin: I’ll tell you what I want…What I really really want!

Great choice Jen. The Spice Girls had charisma like crazy, that was their hook. And they were different. And British, those sons of bitches love their pop culture.

What’s your favorite song of theirs? Wannabe was clearly the biggest but Say You’ll Be There and 2 Become 1 are right there as well.

I think girl bands are successful if they are different in some way. If they can sing and are attractive, they can stick around but to transcend they need to stand out. The Spice Girls did.

What other 90s girl bands were on that tier? TLC? En Vogue? 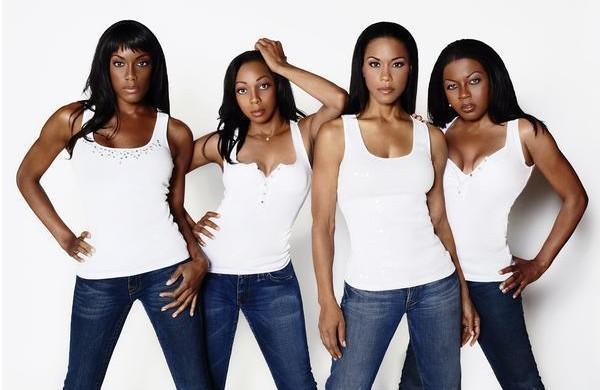 I think the fact that the Spice Girls were British really helped them out in the US. They were all playful and had their own personality, and that helped them connect to such a wide audience. They weren’t all cookie cutter, wearing the same outfits. They had a role model for every type of girl out there it seemed. I don’t think any other girl group came close to that.

I’m stretching a bit because they came out later in the 90s, but I think only Destiny’s Child came close. I know that if the Spice Girls were to reunite for the Olympics again the world would go crazy, and that if Destiny’s Child were to do the same the exact same thing would happen.

Justin: Say You’ll Be There was definitely when they started feeling their oats, letting loose and belting out an emotional piece of pop nirvana.

I think you are dead on that their British bloodlines helped as well. Their voices, attitude and look really aided them in standing out amongst the competition. JUST SAY THAT YOU’LL ALWAYS BE THAR!

If I had to rank the three you mentioned by what I think is their profile, high to low, it would go: Salt-N-Pepa, TLC, En Vogue. TLC did technically have a movie, but it took the death of Left Eye to make it happen, so you are correct there. Were you sad when she passed away? Were you a fan on that level where it affected you like Biggie’s death did to me? Or was it just sad celebrity news to you?

And yes, Destiny’s Child sure counts as they came out in the 90s, but didn’t make it huge until the next decade. But still they were in the mold and style of the 90’s groups. Plus they had Wyclef Jean involved in their breakout song…instant win! Fu-Gee-La indeed.

I want to rank the best songs of all these groups, but first we need to identify what we consider to be their best? Make sense? Good.

We will only stick to songs that came out in the 90s…and I am going to open up the Pandora memory box here…so, do you agree that the songs listed are the best output of the bands I listed. Also, add any that I missed.

En Vogue: Never Gonna Get It (My Lovin’)
Salt & Peppa: Shoop
TLC: Waterfalls
Destiny’s Child: No, No, No
Blaque: Bring It All to Me
Total: Tell Me What You Want
702: Where My Girls At
Spice Girls: Say You’ll Be There
Jade: Every Day of the Week
SWV: Weak
Zhane: Hey Mr. DJ 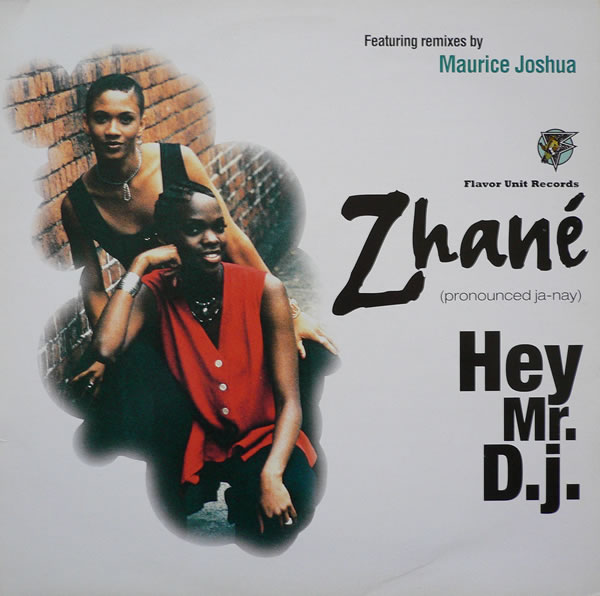 Jen: It was pretty sad when Left Eye passed, but I hate to say this, I was definitely more impacted when Aaliyah died. I am a fan of a few of TLC’s songs, but it doesn’t even come close to how you feel about Biggie.

Here are my picks!

En Vogue: Never Gonna Get It (My Lovin’)
Salt & Pepa: Shoop (Side note. Whatta Man trumps both of those songs)
TLC: No Scrubs. How could you not say No Scrubs? It inspired No Pigeons!
Destiny’s Child: Say My Name
Blaque: Bring It All to Me
Total: I have no clue who this girl group is.
702: Where My Girls At
Spice Girls: Say You’ll Be There
Jade: I really don’t remember this group either.
SWV: Weak
Zhane: Hey Mr. DJ (I do remember this song, kudos on getting the name of the group)

I still think that the only group that comes even remotely close is Destiny’s Child. Say My Name, Bug a Boo, Bills, not a bad song in sight.

Spice Girls aside, which would be your dream reunion tour? Destiny’s Child would be pretty awesome, but what if we could get En Vogue, Salt N Pepa AND TLC on tour together? That’d be a pretty great tour.

Justin: I actually agree with you on Left Eye. I was never a big TLC fan (I AIN’T NEVER CHASING YOUR WATERFALLS). It was sad but not life altering, like Biggie was (It was all a dream!)

OK, here is my first stab at a ranking for these girl band jams:

My dream reunion tour? You nailed it. We would need an opening act though, so toss Blaque in to do the one song everyone knows and then call it a day. If we get those four…who headlines? I would go Blaque, TLC, En Vogue, Salt-N-Pepa (with En Vogue cameo for a song or two).

*This joint effort deserves its own ranking. And I had a tough time placing it in third.

I think the reunion tour could have a couple of openers, let’s throw SWV in there as an opening act as well. I think the tour would be a joint effort, like Rayna James and Juliette on Nashville. They’d rotate the schedule and split the show up every single night.

Justin: I like that concept for the tour with the rotating headliners, good call there. You really like Say My Name, huh? Number one on THAT list? Bananas!

OK…I teased it earlier, Jen. Rank me the top seven groups based on how hot they are…physically! Which group are YOU hitting the town with in Vegas and then heading back to the MGM Grand for a wild night of debauchery with? Let’s have it!

And as Missy Elliott and Nicole Wray said…Make it hot (and peek through, and enjoy, the bushes)!

Jen: I should have known that this discussion was heading in this direction. Here it goes…..

The members of the Spice Girls were all so different that there was a girl for everyone’s taste. En Vogue – those ladies are all just beautiful…but even so…

Beyonce. That’s really all you needed to know, isn’t it?

Justin: Not surprised by your rankings, pretty paint-by-numbers, although En Vogue vs. Spice Girls is a tricky one. Salt-N-Pepa is a curious case because at first glance they don’t stand out but…the Shoop video? Whatta Man video? Holy shit! The hottest thing in world at age 14. Those chicks could grind and get as sexy as anyone. 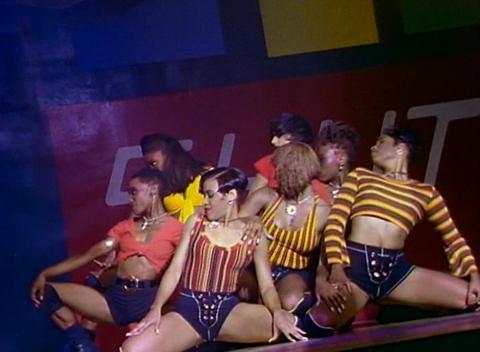 It is hard to argue with Beyonce, though, so I will concede the point there. I hope your night in Vegas was a good one. I hope you got…so…weak in the knees…you could hardly breathe. And I hope two (or five, as it may be) definitely became one.

Until next time Jen…just remember…you ain’t never gonna get it (my lovin).

Be sure to check out also check out these other great visits back to the 90s as Jen & Justin chatted Clueless, Video Stores, Dinosaurs, Boy Bands, Titanic and America OnLine