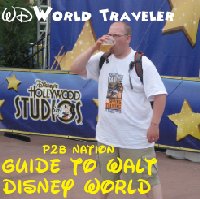 This past weekend the Walt Disney Company held their biannual “D23 Expo” in Anaheim, CA featuring panels, presentations, and press events both looking back at the past and towards the future of Disney parks, films, television, and assorted properties.

The biggest news to come out of the weekend was the announcement that Star Wars “lands” were coming to both Disneyland in California and Hollywood Studios at Walt Disney World in Florida. Details were sketchy (not even the location of the Florida land was confirmed outside of the assumption that it would be in the general vicinity of the already existing Star Tours attraction) and featuring only “blue sky” concept art and a few vague details of what guests can expect in the new land. Among the highlights will be a new e-ticket (big) attraction featuring a ride on the Millennium Falcon. A long-awaited Cantina inspired restaurant also seems to be a shoe in for the land. No opening date was announced but I would conservatively estimate that it will open in phases between 2017-19.

The other big Walt Disney World announcement came in the form of a new Toy Story inspired land also coming to Hollywood Studios. The land will be along the lines of the one in Hong Kong but seemingly bigger and better. It will include a Slinky Dog roller coaster and, most importantly, added capacity for the already existing Toy Story Midway Mania attraction. This announcement is a big disappointing as many had rumored that Hollywood Studios would get a more inclusive Pixar land to feature some version of California Adventure’s Radiator Springs Racers and perhaps even a stateside version of the Ratatouille ride from Disneyland Paris or an east coast version of California’s Monsters Inc. ride. The confirmation of these two lands coming to Hollywood Studios, and their size (14 and 11 acres respectively) all but assures the end of three more existing attractions: The Indiana Jones stunt show, Muppetvision 3D, and the Honey I Shrunk the Kids playground (and probably also Lights, Motors, Action, but that’s still up in the air…they might need to keep it open just for the sake of its large capacity.)

Other big announcements from around the expo:

All told, the D23 Expo was a rousing success for Disney, garnering headlines, viral clips, and tons of social media activity all weekend long. Most assuredly the event will continue to be a bigger and bigger deals as years go on, likely approacing Comic Con levels, if it wasn’t already there yet.

If you’re planning a trip to Walt Disney World, don’t forget to check out my four part guide here at Place To Be Nation. Also make sure to check me out at Touring Plans and on my blog WDWorld Traveler. Follow me on Twitter @NeilTrama.