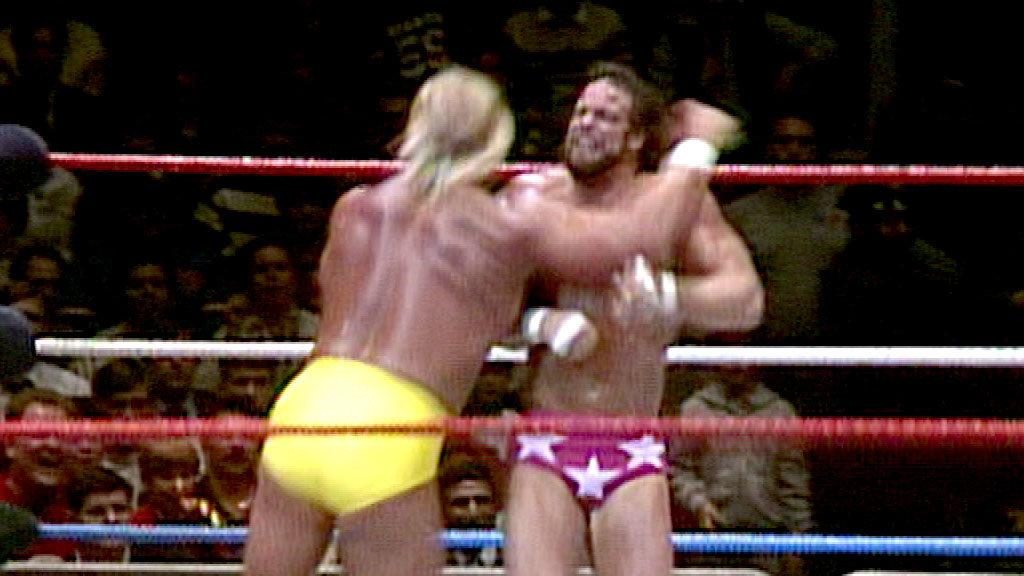 So as we come to the final MSG show of 1985 and also the final WWF show for the calendar year of 1985, we have seen a lot of interesting matches grace the halls of MSG with some varying degrees of success. We have seen numerous guys come through the pike and it was clear that they were building up a pretty solid roster with some solid faces and really good heels. However when it comes to the year of 1985, I don’t think anyone can deny that the one man that has had probably the biggest success of the year was the reigning WWF Champion in Hulk Hogan. While he also had a great run in 1984, the company still felt like another territory amongst others in the country and 1985 was a far bigger year for both Hogan and the WWF thanks to the partnership with MTV, the first Wrestlemania, and the launch of Saturday Night’s Main Event. But with that being said, it has been weird going through this year and reviewing the MSG house shows and Hogan not being a part of all of them following the eras of Bruno Sammartino, Billy Graham, and Bob Backlund who were at MSG every month. He was here early in the year for the War to Settle the Score and WM, and then he had his three month run with Muraco and then he’s been MIA for the rest of the year until this moment. With this being the last MSG show for the year of 1985, it made sense for him to be a part of this show and to face one of the fastest growing heels in the company right now in Randy Savage. Since making his debut way back in June, Savage was quickly becoming one of the top heels in the WWF and was a guy that you knew would be set for big things in 1986.

The build for this match has been pretty basic, but has been a long time coming as Savage has been calling out Hogan ever since his debut back in June, and following the last MSG house show in November the two men would face off on the house show circuit and they would trade wins with Savage more often winning by countout. Hogan would also have matches with other guys like King Kong Bundy and Terry Funk while Savage was continuing his feud with Intercontinental Champion Tito Santana which was building on TV. It was interesting to see this match thrown out here so quick as it seemed like it was building to something bigger for maybe the next WM, but it was a big match and I think it was also a test for Savage to see if he could hang as a potential main event player.

Needless to say, the MSG crowd was buzzing big time for this match despite the somewhat lackluster card they’ve seen so far and Savage was red hot as a heel as he made his grand entrance, and then the roof nearly blows off when Hogan comes out as he gets a mega pop. One thing you can’t deny that whenever he is at MSG, he will always get a huge pop from the crowd which makes you wonder if him not being here every month is actually a benefit for him. After having Jesse work the commentary with Gorilla the last few months, we are back to having Alfred Hayes back in the booth and he still has good chemistry with Gorilla. Savage poses in front of Hogan to mock him to start the match and they lock up with Hogan shoving Savage to the mat, and Savage stalls on the apron before returning to the ring and they lock up with Savage hooking a headlock only for Hogan to whip him off and he knocks Savage down. Savage steps outside to stall and Hogan goes after him until Elizabeth gets in between them, and Hogan returns to the ring as Savage throws a chair into the ring and he continues to stall before returning to the ring. Savage again steps outside to stall before returning to the ring and they lock up with Hogan working on the arm, but Savage rakes the eyes and kicks at Hogan before driving the elbow into him. He hits a snapmare on Hogan and drops a knee on him as Hogan crawls to the ropes and Savage attempts to slam down on his back, but Hogan moves and Savage gets caught up in the ropes as Hogan pounds on him and he whips Savage into the corner before splashing him. Hogan hits an atomic drop on Savage that sends him through the ropes to the outside and Hogan goes out after him, but Savage uses Elizabeth as a shield and Hogan returns to the ring as Savage regroups before returning to the ring himself. They lock up with Savage getting a knee in and he hits a snapmare on Hogan before going up top, but Hogan catches him on a crossbody attempt and he hits a backbreaker on Savage who again rolls outside to regroup. Hogan goes outside after him again and Savage again uses Elizabeth as a shield as Hogan returns to the ring and Savage stalls only for Hogan to come up behind him and pound on him, and he throws Savage into the ring only for Savage to nail him coming back in and he goes up top and hits an axehandle on Hogan for a two count. He throws Hogan to the outside before going up top and hitting another axehandle on Hogan, and he pounds on Hogan before returning to the ring as Hogan crawls back into the ring and Savage stomps on him. He kicks at Hogan and pounds on him for a two count before continuing to pound on him, but Hogan starts to fire up as he no-sells Savage’s shots and he pounds on Savage before hitting a big clothesline. Hogan stomps on Savage and then he hits the big boot as Savage again rolls outside to regroup, and Hogan goes outside as Elizabeth steps in front of Savage only for Hogan to pick Elizabeth up and move her aside. He pounds on Savage and throws him back into the ring only for Savage to catch him ducking with a kick, and then he goes up top and hits the flying elbow on Hogan for a two count though Savage thinks he won and the ref tells him Hogan kick out. Hogan charges at Savage only for Savage to move and Hogan wipes out the ref by accident as Savage knees him in the back and Hogan gets knocked through the ropes to the outside, and then Savage grabs the belt from the table before going up top and driving the title into Hogan which busts him open. Savage returns to the ring and revives the ref who starts the count though Savage also forces him to as Hogan tries to get back to his feet, and the ref eventually counts him out and Savage gets a huge upset win though Hogan does retain the title. After the match, Savage grabs the title from Hogan and has Elizabeth strap it around his waist, and Savage celebrates in the ring with the title which does look really cool and the crowd is not happy about this as it is announced that Hogan is still champion which they pop for. Savage knocks the ref out and picks up Elizabeth before heading to the back with the belt still around his waist, but Hogan follows him and nails him before putting him on his shoulders and bringing him back to the ring. He throws Savage into the ring and pounds on him before hitting a clothesline and he picks up the title, and he hits a pair of headbutts on Savage only for Savage to duck a belt shot and he rolls outside before running to the back as Hogan celebrates with the title in the ring.

The match itself was good as both men worked hard and put on a solid title match, and at first glance it seemed weird to have this in the middle of the card and not the main event though with the ending it made more sense why it wasn’t. It was clear that Savage was on the rise in terms of being one of the main heels on the roster which was why he was chosen to be the title challenger here, and I thought he and Hogan had some pretty good chemistry and you knew that they would have good matches in the future. It was also pretty weird that they only got 10 minutes to work with as they could’ve used about 4-5 more minutes to really make this match even better, but again given the ending of the match it made sense not to have it go any longer and you figured that they would have a rematch down the line. The ending was a bit cheap though it was clear they wanted a rematch between the two so you couldn’t have Savage lose clean and obviously Hogan wasn’t going to lose the title yet, but it was wise to Savage get the cheap win with the countout and it did look cool when he put the title around his waist though it did make him look a bit like a dope as he would know the title can’t change on a countout. It would’ve been interesting to hear Jesse on commentary with Gorilla since he was pretty Savage’s biggest fan by this point, but I thought Gorilla and Alfred did a good job of calling the match and putting Savage over as a threat. The crowd was hot for the match and for Hogan as they usually are when he shows up, but they are not happy when Savage is announced the winner though they pop when it’s announced that Hogan is still champion and after he clears Savage from the ring. Savage does get the upset win over Hogan by countout, but Hogan does leave MSG as champion and finishes the year of 1985 as the top dog though you knew this issue was not over yet.