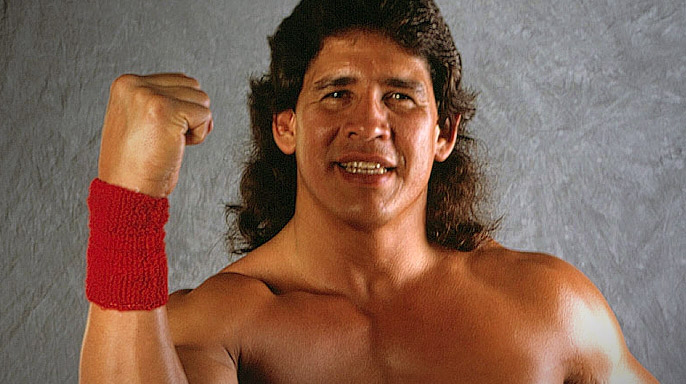 Greg “The Hammer” Valentine vs. Tito Santana for the WWF Intercontinental Championship

So after focusing on the year that was 2006 and the beginning of 2007, we now take a wide left turn and we head back in time to 1985. I’m not going to lie, I was looking forward to recapping the late-2000s shows specifically in doing all the matches with CM Punk, but I am pretty excited about going back to this timeframe of history. The wrestling boom that occurred in the 1980s which is affectionately known as the “Rock and Wrestling Connection” is one period of time that I am not fully enveloped in as I started watching in 1993 and am a card-carrying Attitude Era fanboy. It was a time before there was just one wrestling company and Wrestlemania was held in stadiums, and it was a time where TV ratings were a non-factor and it was all about bringing the fans to the house shows. In fact, this was a time when the WWF was still looked at as one territory in a country filled with them though that would not last long as Vince McMahon was looking to expand his business to becoming national instead of regional. This would be an exciting time to be a fan as the territory system starts to crumble and the WWF becomes the powerhouse of wrestling throughout the 1980s.

As we will see going forward, there will be many of awesome feuds to cover in this time period and I think one of the more forgotten and underrated feuds during the 1980s is the feud between Greg Valentine and Tito Santana for the IC Title. This was during a time when the IC Title was considered one of the most prestigious titles in wrestling and was seen at times on par with the WWF Championship since there were plenty of instances where the IC Title would main event house shows. Santana had won the IC Title from the Magnificent Muraco in February of 1984 and held it until September when Valentine won it, and Valentine would also injure Santana during the match and put him out of action. Santana would return at the end of the year and as 1985 started, he had his sights set on reclaiming the title from Valentine and even began using the Figure-4 as a warning to Valentine. This was a really hot feud for the time and again with TV not as predominant as it is now, this was one of the feuds that you couldn’t afford to miss and it was a great draw for house shows.

On this night at Madison Square Garden where the WWF Champion Hulk Hogan was at another show, Santana and Valentine get the chance to headline the Garden with the title on the line which shows great faith in this feud. Santana gets a huge pop from the crowd as he was still one of the most over faces in the company while Valentine had quickly become one of the top heels as he gets a lot of heat. The two men square off to start with Valentine backing away from Santana and they lock up with Valentine backing Santana into the corner, but Santana catches a kick attempt and he knocks Valentine down. He nails Valentine again as Valentine backs off and they lock up again with Valentine getting a shot in, and he pounds on Santana before hitting a snapmare only to miss the elbow. Santana hits a slam on Valentine and hooks a submission on before driving the elbow into Valentine’s head, and Valentine backs off into the corner and they square off again with Santana daring Valentine to come to the middle to face him. They jockey for position until Santana avoids a drop toehold attempt from Valentine, and they lock up with Santana grabbing the leg and he trips Valentine up before dropping a knee onto Valentine’s leg. Valentine steps outside to regroup before returning to the ring and they lock up with Valentine hitting a big slam on Santana, and he drives the knee into Santana’s back twice before trying to force his shoulders to the mat for a two count. Valentine drives the knee into Santana’s ribs and stomps on him before hitting a gutbuster for a two count, and he again tries to force Santana’s shoulders to the mat for a two count before hooking a bearhug on. The first couple of minutes have been pretty decent as it may seem like there is not a lot going on, but given the history between these two it told a good story of Santana taking his time and Valentine trying to stave him off which Gorilla and Gene do a pretty decent job of putting over.

The match itself was pretty good as both men worked hard and put on a really solid 20-minute match even with a crap ending. As I mentioned earlier, the match did get off to a bit of a slow start though it would get really good once the match got cooking and it was building to something big though the ending was a bit of a disappointment. Obviously, it was clear that they were building to something bigger between these two as they were going the route of Santana coming close to winning the title, but Valentine escaping by the skin of his teeth whether by countout, DQ, or cheating to win. I thought that this feud deserved to main event this show considering again that Hogan is not here and the Piper/Snuka feud was still extremely hot, but this feud was also very hot and belonged here in the main event spot. The crowd was hot for the match and Santana, and they do pop for Santana when he won as we are in an era where they don’t care much about the bad finish as they knew that the feud was going to continue. Santana gets the win over Valentine by countout and Valentine manages to escape with the IC Title, but this issue is far from over as you knew these two would go at it again.