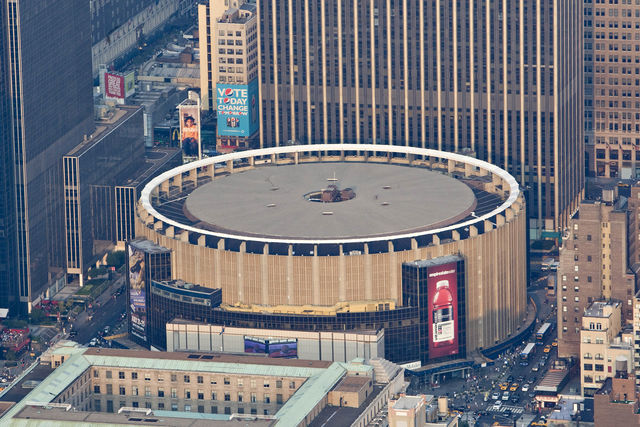 Throughout the history of the WWF, there have been many great wrestlers who were of Samoan descent and were genuinely some of the toughest guys in the business. The first one was the legendary “High Chief” Peter Maivia who was related to the Anoa’I family and helped break some of them into the business as well. Throughout the 1970s, the Wild Samoans were one of the most vicious tag teams in the WWF and made history by becoming the first team to win the tag titles on three occasions. Even though he was technically born in the Fiji islands, Jimmy Snuka also had ties to the Samoan bloodlines and had some great success as well. As we head into this month’s MSG house show, we would see another Samoan wrestler begin his career with the WWF and that is King Tonga from the island of Tonga. He had a very interesting start of his career as he first traveled to Japan with several other young men from Tonga to become a sumo wrestler, but would transition into become a pro wrestler with All Japan. He would bounce around the various territories as King Tonga where he honed his craft and you knew it was only a matter of time before he came to the WWF. He made his debut back in September and was quickly gaining steam by racking up several wins, and as he comes here to MSG for the first time you figured he would keep the momentum going against perennial JTTS in Ron Shaw.

Tonga gets a pretty good reaction from the crowd while Shaw pretty much had jobber heat, and Tonga already had a pretty good presence about him even a month into his run as Gorilla and Jesse put him over as a future star. The two men shake hands to start and they lock up with Tonga backing Shaw into the corner and giving a clean break, and they lock up again with Shaw hitting an armdrag and they shake hands again. Shaw steps out to the apron and jaws with the fans before returning to the ring and they lock up with Tonga hitting an armdrag of his own, and they lock up again with Tonga hooking a headlock and Shaw whips him off with Tonga knocking Shaw down. Tonga leaps over Shaw and takes him to the mat with the headlock as Shaw tries to use the tights and roll Tonga onto his shoulders twice for a two count, and Shaw gets to his feet and whips Tonga off only for Tonga to knock him down again. Tonga escapes a hiptoss and hits one of his own before taking Shaw back to the mat with the headlock, and Shaw escapes with a headscissors and Tonga kicks out before getting a kick in. Tonga chops at Shaw and again takes him to the mat with the headlock with Shaw getting back to his feet, and he steps over the top rope to force a break only for Tonga to drag him back into the ring while keeping the headlock on. Shaw whips Tonga off and Tonga knocks him down before ducking a back elbow and he hits a side kick, and he pounds on Shaw before hitting a headbutt and Shaw steps out to the apron to regroup. Tonga goes after him only for Shaw to get a shot in and he hotshots Tonga on the top rope, and Shaw returns to the ring and rams Tonga into the buckle though Tonga repeatedly rams his head into the buckle out of pleasure. Shaw begs off and they lock up with Shaw working on the arm only for Tonga to get a chop in and he whips Shaw into the corner, but he misses a charge and hits the corner chest first as Shaw pounds on him. Shaw chokes him on the top rope and snaps him to the mat as Tonga tries to battle back, and Shaw hits a hiptoss on Tonga and hooks a submission on. Tonga fights to his feet only for Shaw to pull him back to the mat by his hair and he pounds on Tonga for a one count, and he tears at Tonga’s face as Tonga tries to rake the eyes and Shaw stomps on him before hitting a sloppy standing dropkick though Tonga stays on his feet and he hits a standing dropkick of his own. Tonga gets a kick in and pounds on Shaw who gets tied up in the ropes and Tonga pounds on him as the ref unties him, but Shaw rakes the eyes twice and tosses Tonga to the outside before ramming him into the buckle. Tonga trips Shaw up and pulls him to the corner where he crotches him into the post, and Tonga returns to the ring and pounds on Shaw in the corner before whipping him into the other corner and hitting a backdrop. Tonga hits a diving headbutt on Shaw for a two count and pounds on him only for Shaw to reverse a whip, but Tonga ducks a shot and hits a superkick on Shaw which gets the three and Tonga wins the match.

The match itself was decent as both men worked hard for the 10 minutes that they got and put on a solid, if pretty unspectacular match. This was pretty much just a showcase match for Tonga and he did look good, but it felt like he could’ve done a bit more though it also seemed like he had to go in slow motion for Shaw. Shaw was not the best worker for a guy that needs to put someone over which was proven with the sloppy dropkick he tried to do, and he dragged Tonga down though he does sell the superkick well though it was one of Tonga’s weaker kicks and he would perfect them over the years. One thing that I wonder here is with the recent departure of Jimmy Snuka if they were looking at Tonga to be their big Samoan star, which would make sense since he had a good look and could move very well for a guy his size. Gorilla and Jesse have done a great job since Jesse took over for Alfred on commentary and they put Tonga over strong though Jesse does call him out when he does something nefarious in his mind. The crowd was a bit dead for the match though they do pop in a few spots for Tonga’s moves and they do give him a nice pop when he won. Tonga gets the win over Shaw in a decent, but underwhelming match and both men move on as Tonga looks to continue building momentum over the coming months.