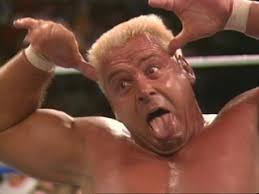 “Rugged” Ronnie Garvin vs. Greg “The Hammer” Valentine (w/ “Mouth of the South” Jimmy Hart) in a Submission match

As we head into the first big show of the new decade that is the 1990s, I don’t think anyone could ever know that the decade would end completely different from how it started. But we obviously have a long way to go before then, so let’s for now focus on starting off the decade after what ended up being a red hot decade that was the 1980s. As the year was starting, there was one feud that was finally ready to come to a head and that was the feud between Ronnie Garvin and Greg Valentine. It’s almost easy to forget that this feud has been going on for so long and that it managed to stretch out into a new year, but with this being the first big show of the year it was time to finally have it come to an end. It also made sense to have it be one of the showcase matches in the undercard of this show considering the Royal Rumble match was pretty stacked with all of the big names. Add into the fact that it was going to be a gimmick match that has been rarely if ever used in a Submission match, and knowing how well these two know each other to this point you hoped that this would be a fitting blowoff to this long feud.

The feud between the two started way back at the end of 1988 when they faced off at the December MSG house show with Valentine winning the match, and then they had the two matches on TV in April with Garvin winning the first one and Valentine winning the rematch leading to Garvin being forced to retire. Garvin would then work as a referee over the summer and screw with the heels including Valentine before being suspended as a ref, and then he would be a guest ring announcer at Summerslam during Valentine’s match and he would brawl with him. Garvin would be reinstated as a wrestler at Valentine’s behest and they would continue to feud on the house shows including facing each other at the September MSG house show, and they would be on opposite teams at Survivor Series though they wouldn’t eliminate each other. Following this, Garvin would begin wearing his own shin guard he dubbed the “Hammer Jammer” to counter Valentine’s “Heartbreaker” shin guard, and it was announced the two men would face off here in a Submission match. They would face each other at the MSG house show earlier this month with Garvin teaming with Jimmy Snuka and Valentine teaming with the Honkytonk Man, but the match would end up going to a time limit draw. This was a pretty solid feud in the midcard and after some of the good matches they had at MSG, you would hope that they would put on a great match here to end the feud.

The match itself was really good as both men worked hard and put on a pretty solid Submission match. You could tell that these two had really good chemistry which shouldn’t be too surprisingly given how much they worked together over the last year, and they clearly had no problem working stiff with each other and made the match very physical. The Submission stipulation worked perfectly as both men were pretty well versed in submissions, and with both men’s main submission being a leg submission, having both men wear the guards was a nice touch as each man tried to one up the other. The only real issue that I had with the match was the numerous pin attempts that both men went for, particularly Garvin which was fine early on in the match because it was so instinctual though the fact he kept doing it late in the match did hurt it a bit. Considering they also had almost 17 minutes to work with, it was a bit of a disappointment especially coming off the wars they had in their MSG matches, but this was still a really good match and was easily the biggest win of Garvin’s WWF career. As mentioned earlier, considering how stacked the Rumble match was this was a good match to anchor the midcard and they definitely delivered in the end. The crowd was pretty hot for the whole match and popped big for Garvin when he won. Garvin gets the win over Valentine and ends their long feud as both men move on.