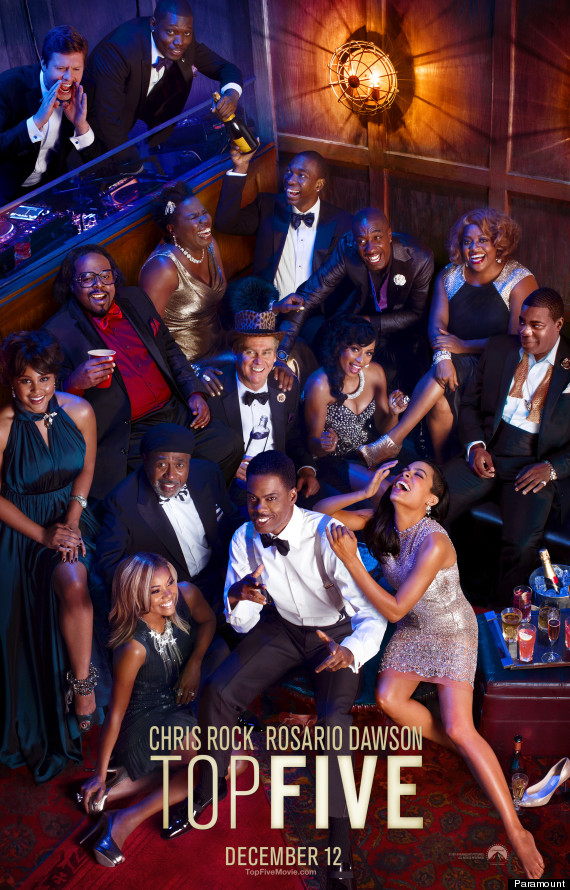 Just to kick things off in a fun way, here’s My personal Top Five:

2014 has been a year for explorations of the hollowness of celebrity and the strive for something deeper in the entertainment business, and I have loved every moment of it. My favorite movie of the year is Birdman (as of today). My favorite Netflix original series is Bojack Horseman. It’s a deep theme. It’s fun to see celebrities painted in a more human light. Coming from someone like Chris Rock, one expects straightforward comedy. That is not what one gets.

Andre Allen is a comedian turned actor who wants to establish himself as a serious actor. However, all people want to talk about is his upcoming televised marriage to a reality TV star. He agrees to be profiled for the New York Times, and is shadowed by a reporter for the day.

This is mainly a character piece, one that I believe explores everything Chris Rock has wanted to express, but couldn’t until he had his own platform. He has never been one to hold anything back. That’s a trait that has gotten him into hot water more than once. But more often than not, it earns him endearing respect for his unflinching honesty.

In Top Five, we get to explore some opinions that Rock chooses to express regarding the state of Hollywood, Celebrity living, and America as a whole. It’s beautifully expressed in a manner that doesn’t venture into dramedy but steers clear of absurdism. This is a rich screenplay that fully explores its subjects in a magnificent environment.

Chris Rock is as hilarious as he has ever been, but by his own choosing he gets to express a more sensitive side in Top Five. We feel a piece of Rock himself in that character, and that makes it so much more graspable. Had Rock cast someone other than himself, it would have lacked power. With his brutally honest screenplay combined with his performance, Chris Rock ushers in a new era of his career in which he can fulfill his desires.

The supporting cast is filled out beautifully with comedic talents such as Tracy Morgan (one of my personal favorites), JB Smoove, Leslie Jones, Jay Pharaoh, Kevin Hart, and so many more. But what really grabbed me was the performance of the lovely Rosario Dawson, who has palpable chemistry with Rock and gives as good as she gets. Her independence cuts through Rock’s exterior and allows a human give and take.

Top Five is certainly one for the Top 10 List this year. Chris Rock is deserving of nominations for his outstanding performance, and in a year without Michael Keaton in Birdman, I would be pushing for a win. Do yourself a favor and see this film.