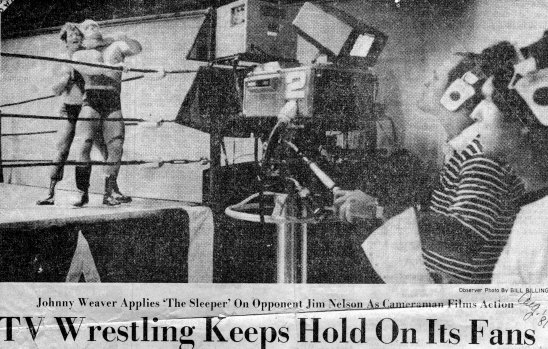 Welcome to Titans TV! Are you expecting all the matches we’ve discussed on the show to be available for free? Ha ha, no. But we can offer you the next best thing! Hours upon hours of wrestling from around the world and throughout the ages, all conveniently available at your fingertips! Forget about subscribing to a “network”, Titans TV has you covered!!!!!!!

Don’t forget to check out the official Titans of Wrestling page at Place to Be Nation.

Check out the playlist section for footage from the amazing territories of yesteryear, including:

-New York (watch SOME of the matches discussed on the hit podcast Titans of Wrestling, you freeloaders)
-Georgia
-St. Louis
-Florida
-World Class
-AWA
-Los Angeles
-San Francisco
-Memphis
-Continental
-Calgary
-Portland
-Plus footage from around the world–Mexico, Japan, England, Puerto Rico–and throughout the ages–as far back as 1895!

Lastly, check out other playlists, featuring:

-Titans of Wrestling: The Soundtrack
-Titans favorites Dominic F’N DeNucci and The Baron
-Bonus Features: an assortment of supplemental bits to enhance the Titans experience
-Titans Bios: Your favorite wrestler biographies, now in video form! (and one already blocked by WWE on copyright grounds!)