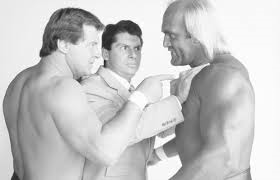 Join Kelly, Johnny and Marty Sleeze (until he tragically passes away halfway through the show) for part 2 of what may become, at this pace, a 7-8 part tribute to “Rowdy” Roddy Piper! This episode is devoted entirely to Piper’s 1984-1987 WWF run, featuring a look at…

-His initial time as a manager and tag wrestler
-His feuds with Jimmy Snuka, the Tonga Kid, Hulk Hogan, Mr. T, Cyndi Lauper, Bruno Sammartino, Adrian Adonis…Hell, most of the roster
-The revolutionary Piper’s Pit
-His trunks-tearing off war with Paul Orndorff

All this and much, much more!