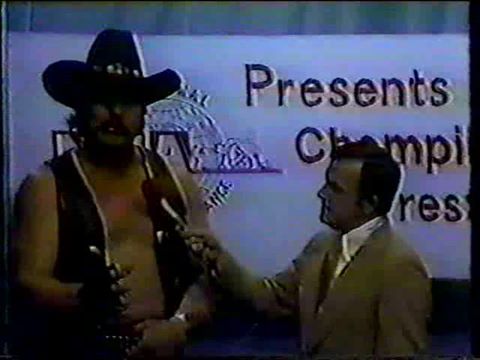 The Titans make an unscheduled stop off in Amarillo in 1979 to take a look at the dying days of the NWA territory that was once run by Dory Funk Sr, after Dick Murdoch and Black Jack Mulligan had purchased it from the Funk brothers.

– Potted history of the territory and the reasons for its decline
– Discussion of Skandor Akbar
– Which Japanese team would you take: Fuji / Saito or Sato / Pogo?
– Who is Larry Lane?
– Mulligan and the subtlest heel turn of 1979