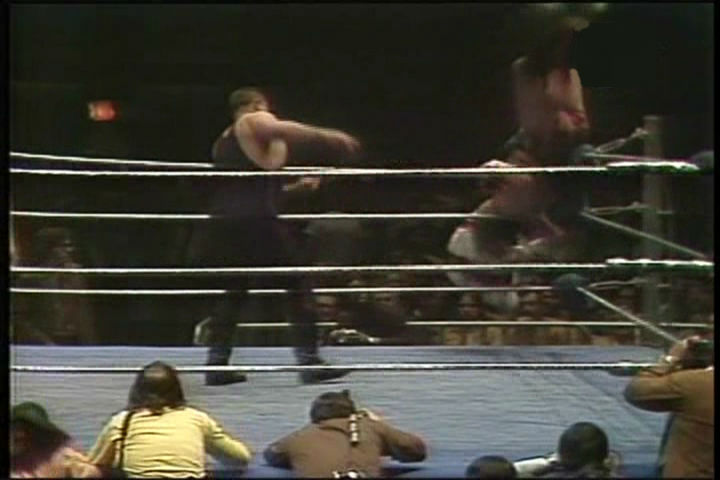 The boys are back for another look at that wild year of 1975, this time focusing on the April 14th card from Madison Square Garden.

Also on tonight’s show, marvel at…

-The new anti-workrate masterpiece of all-time

-El Olympico: The Man in the Half-Mask

-“Friendly” Bob Freed: The announcer who never met a name he couldn’t mispronounce

-Plus extended discussion on Greg Valentine and his early career, the ideal wrestling champion, a mini Mike Paidousis bio and Nazi’s!

Join Parv, Pete, Kelly and Johnny as they travel back in time to look at the state of WWF wrestling in the late 70s through the early 80s. Along the way they also make pit stops in Portland, St. Louis and other territories to cover their history, angles and differences from other promotions of the time. They discuss the prominent matches and promos of the era and leave no stone unturned as they talk through wrestler bios, psychology, and jobber matches. The cherries on top are some of the funniest commentaries and best wrestler impressions you’ll ever hear!

Titans TV is the official YouTube supplement for the Titans of Wrestling Podcast. Check out the Titans TV YouTube channel.

Scott Criscuolo
Podcasts This Week In The NFL

You Heard About Pluto?- The Greatest American Hero