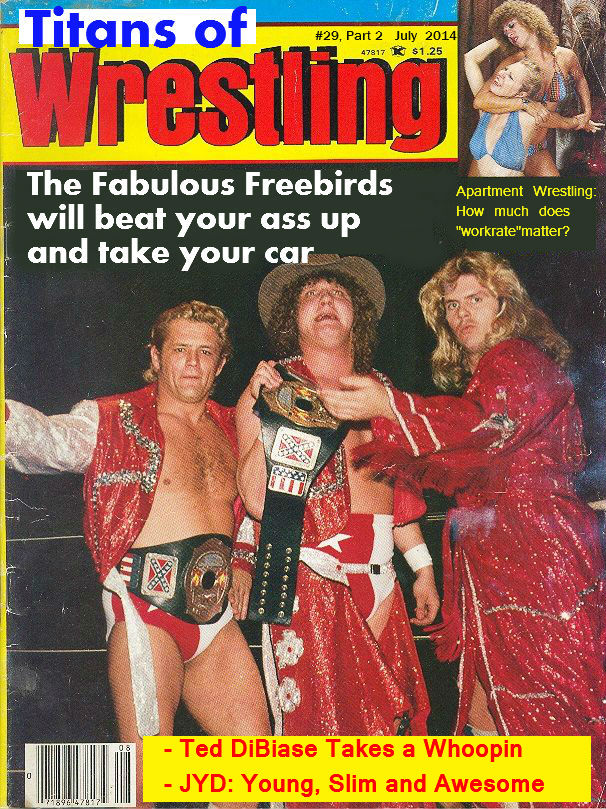 The Titans of Rasslin wrap up their look at Georgia Championship Wrestling with an in-depth examination of the Fabulous Freebirds arrival on the scene and the mayhem they inflicted on the areas top good guys (Ted DiBiase, Robert Fuller and…dear God…Stan “Uncle Elmer” Frazier). The “Titans Assemble” call is put out as Kelly, Parv, Johnny, Pete AND Marty Sleeze gather for the usual tons of insight and tons of laughs. The 3hrs just fly by!

Unanimous praise for Michael Hayes and the Freebirds in general

Debating the merits of JYD as a worker

Stan Frazier makes his case for the WOAT

DiBiase takes a beating in more ways than one