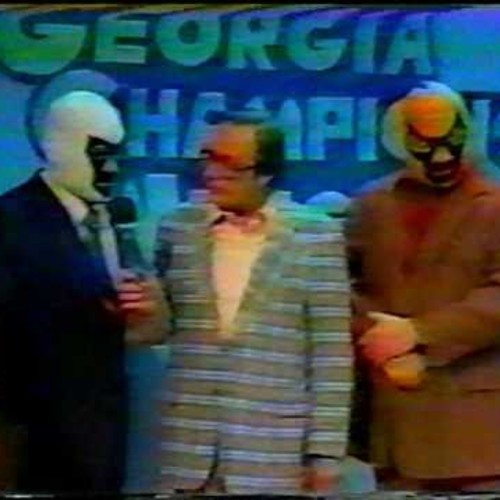 Join us as the Titans of Rasslin visit Earth II, where Pete doesn’t exist (actually he is trapped under a pile of thousands of wrestling DVDs, updates throughout), and the team of Kelly, Parv, Johnny and Marty Sleeze explore the amazing world of Georgia Championship Wrestling on TBS! And for the first time ever, the material covered on the show is so vast that a second part is required (look for it in about two weeks).

1980 Mr. Wrestling II and The Assassin discuss why they wear a mask

-A look at the history of GCW, its important relationship with Ted Turner-owned television stations, and the role it played in the story of WCW

-A show-ending comparison of early-80s GCW and WWF