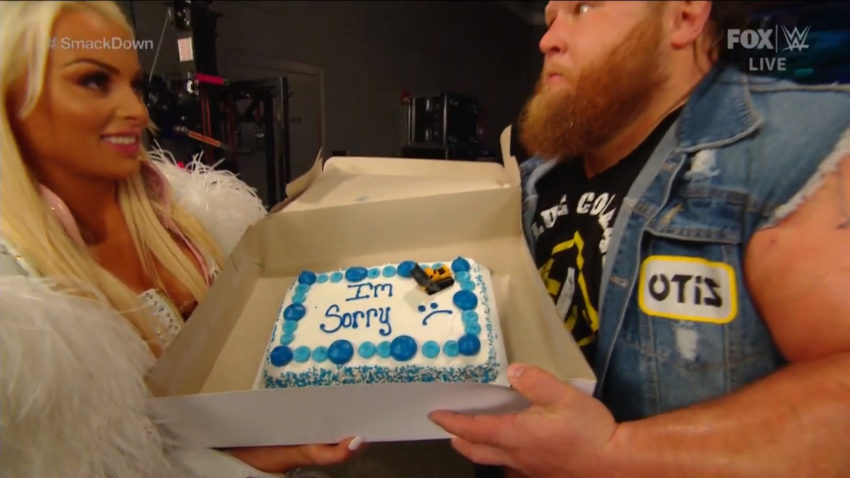 Things are definitely heating up in the WWE. Three very solid shows this week as we rev up to the Royal Rumble. Returning stars are definitely making their mark as we see The Big Show for the first time in two years, showing up on Monday Night RAW to help out Kevin Owens and Samoa Joe against Seth Rollins and the Authors of Pain. Plus, we get The Usos back in the ring on Smackdown as well as a helping hand by John Morrison to The Miz.

Robert Roode is back from his 30-day Wellness Policy suspension, taking out Roman Reigns with help from King Corbin and Dolph Ziggler. You can see all the factions forming which should make a very interesting Royal Rumble later this month in Houston.

NXT continues to build on its very strong end to 2019 and start to 2020. With NXT TakeOver: Portland up next, we get a pair of matches confirmed as Finn Balor will tangle with Johnny Gargano while NXT Women’s Champion Rhea Ripley will take on the winner of January 15th’s battle royale. It also looks like Daddy’s coming back for Goldie as Tommaso Ciampa is still looking for NXT Champion Adam Cole.

Add in an historic announcement from WWE Champion Brock Lesnar and we’ve got a lot to talk about.

But first, don’t forget, there’s a special LIVE from across the pond this Sunday on the WWE Network. Get your wrestling fix in before the NFL doubleheader later in the day.

Star(s) of the Week:  The Fiend and Daniel Bryan

Kudos to the biggest feud on Friday nights for continuing to make their storyline move forward while also connecting the dots for the new audience on FOX that may not know of their past. By uniquely reminding us about Bryan’s past with joining Bray Wyatt’s family six years ago and The Fiend’s attempt at a Bryan makeover, the story is in the details. Plus, this week, a few killer lines. Bray’s “We love you – not you Daniel – we love the Fireflies.” Then, later, as Ramblin’ Rabbit is about to give Bryan the secret to beating The Fiend, Wyatt covers his mouth and declares “snitches get stitches.” Love it!

Brock’s #1 – What a way to start the year for the WWE Champion, Brock Lesnar. Not only does he declare for the Royal Rumble, but Paul Heyman says he’ll start the match at #1. That just screams for numerous WWE superstars to meet an early exit by way of the Beast come Houston. What also screams out if for a surprise entry to take the Beast out somewhere in the match to set up a huge match at WrestleMania!

It’s not over – When Aleister Black beat Buddy Murphy last week, we thought maybe it was over and done between the two. Yet, after Black squashed Shelton Benjamin in less than 3 minutes, Buddy Murphy returned to reignite the feud. And we are damn happy he did! Now, we can look forward to more brutal physicality between these two in what are becoming must see matches in 2020.

What’s in the cage – Are we finally going to see what’s in the cage? Mojo Rawley got an eyeful, something he’ll never forget! I for one am looking forward to Erick Rowan revealing it once and for all!

The Big Show – Welcome back after nearly two years of inactivity on the main roster, Big Show. It’s always good to see him and yes, he was a surprise we all didn’t see coming.

What was just ok:

Lana and Live, the follow-up – After an epic wedding one week ago, the “honeymoon” wasn’t all that great. So, we get a lot of talking between Lana, Rusev and Lashley to set up a match this coming Monday on RAW, but left out was Liv. Not until the next segment’s backstage segment did we even see or mention Liv Morgan, teasing that she might be in Rusev’s corner next week. That one could’ve been done better. Needed another face-to-face with Lana there, IMHO.

Really, Rey? – Didn’t we already do the Rey Mysterio, Jr. loses the mask gimmick back in WCW thanks to the NWO? And of course, again in 2009 in the WWE by Chris Jericho? I’m glad he got the mask back the same night, but home it doesn’t head into a mask vs. title match in the future.

Fist Fight Match – After The Big Show’s return in the main event eventually led to a disqualification for Seth Rollins and the AOP, we get a fist fight rematch between the six this week. Huh? OK, we get that Show has a big punch, nailing Rollins down for the count. But now we get all six battling in fist fight rules? Is it first one down by a punch? Will Show, the easy favorite in this one, stay true or turn on Owens and Joe?

NXT is #1 – Pound for pound, and it’s not even close, NXT delivers the most in-ring action each and every week. For that, we are thankful. With two very good Dusty Rhodes tournament matches this week along with the opening spotlight on the women’s division and ending with Keith Lee becoming the #1 contender to the North American Title, it’s two hours of pro wrestling at its finest in 2020. Well done.

Keith Lee – With a tag-team pinfall victory over Roderick Strong already in his back pocket, we were glad to see Lee gain a one-on-one shot at Strong’s title coming up in two weeks. Lee’s been on fire the past three months and we’re hoping a title victory is coming soon!

Finn vs. Johnny – So, if Johnny Gargano, or Johnny Promo as Finn Balor would call him, can get cleared, we get these two battling at NXT TakeOver: Portland. Can’t wait to see that one.

The Robb Stone Brand – So, Robb Stone’s a manger and has Chelsea Green as his first client. Is this the next stable in NXT about to form? And will it be a coed one at that? Questions abound and that’s good. Keep us guessing Robbie E!

The start of NXT – For a moment or two, I thought I was watching Monday Night Raw. What started off as a show opening talking promo, a staple of RAW unfortunately, between Rhea Ripley and Toni Storm, we got superstar after superstar added in until we of course got a six-woman tag-team match. Very RAW-like creative there. Lucky for us, it was a damn good match with the faces going over. Hopefully, it’s just a one and done for that type of start to NXT.

Mandy’s sorry – Otis and Mandy are simply one of the best things going on Friday nights! The “I’m sorry” cake Mandy made for Otis after letting Dolph Ziggler squash his Momma’s fruitcake over the holidays was a so sweet, awwww moment. Now, granted it was a little odd with Otis and Heavy Machinery walking to the ring with the cake, interrupting the match between Rose and Alexa Bliss, distracting Bliss to give Mandy the victory. But it moves the story forward. You have to wonder what Sonya Deville thinks of all this, right? Keep it going guys! Can’t get enough!

The Miz and Morrison – Thank you for not John Morrison for not letting The Miz not forget his “bad day” and get more shots at The New Day. With a flip off the top rope to nail Big E, Morrison lets The Miz get his revenge on Kofi with a skull-crushing finale pin fall win. Up next has to be a tag team match between these four which is will mean more good days for all of us in the WWE Universe. But first, we get Big E vs. Morrison next week on Smackdown.

The Fiend vs. Daniel Bryan – Stars of the week says it all! Poor Ramblin’ Rabbit!

Braun Strowman vs. Shinsuke Nakamura – Don’t get us wrong, we’re happy for Strowman for getting the non-title win over Nakamura. What we don’t get it, is that Cesaro brought a chair in the ring, Sami Zayn brings Nakamura the I-C Belt to use and the ref sees it all, never calls for a DQ as Strowman avoids a head shot and gets the pin. On RAW, we get a double-team of The Big Show and the bell rings for a DQ. Double standard much, WWE?

It may have been short and sweet between WWE RAW Women’s Champion Becky Lynch and Asuka this week, but it was effective. Becky showed doubt then strength, knocking out the current tag-team champ with a quick right hand. Looking forward to see what Asuka brings to the table next.

AJ’s a thief! Yes, that was AJ Styles doing a middle-rope DDT and an RKO Monday night. Will Randy Orton counter with a calf crusher or a top-rope forearm? Doubt it, but I do know that The Viper will have SOMETHING!

And finally, Alex Shelley will be on NXT as Kushida’s tag-team partner in the Dusty Rhodes Classic against The Grizzled Young Veterans. Yes, it’s a Time Splitter reunion in Shelley’s debut at Full Sail. That’s my friends, is must-see TV!