Skip to content
Podcasts
Place to Be Nation Staff
No Comments 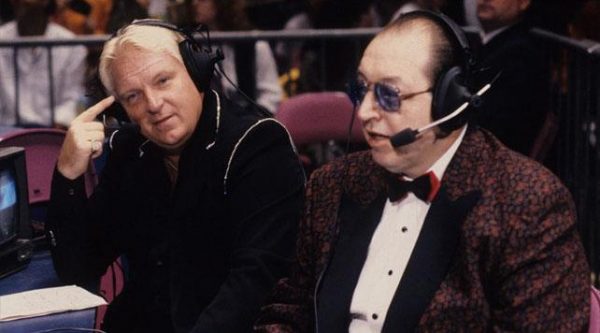 In case you missed it, here are all the podcasts released across the PTBN Network this week. Enjoy your weekend!

Tim and Andy are back and joined by Jordan Duncan to countdown their top ten all time Great American Bash moments in the newest Survey Says!

In the final episode of PTBN GWWE: Made the Cut, JT and Aaron finished breaking down their personal lists. Who made the cut? And why? JT & Aaron break it all down, so check it out!

Kris and Devon break down Money in the Bank 2018 in this month’s Reaction Show!

Scott & Justin were back with a new Place to Be Podcast as John D’Amato visited to review WrestleMania IV!

The boys are back to take a look at episode one of the newest season of Lucha Underground on the return of Lucha Afterground!

Kevin Kelly joined JT to pay tribute to the late, great Vader in a quick PodBlast

Adam Murray and Andrew Riche continued their look at the NBA Offseason as they address the biggest summer needs for each team in the newest NBA-Team.

On this week’s Main Event, Scott, Nate & Steve break down Money in the Bank, TakeOver and dive into this episode’s NJPW Classic Match pick

JT & Chad returned for episode seven of Wrestling War Zone, deep diving into the week of 10/9/95 in the Monday Night Wars!

In a new episode of #GameStruck4 Brad and Jordan share their thoughts on SEGA Dreamcast and give their four defining games of the system.