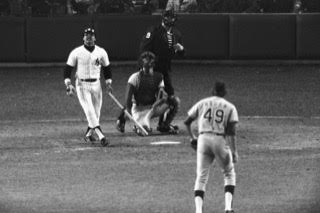 In the sixth episode of The Year In Pop, co-hosts Andy Atherton and Scott Criscuolo are joined by J Arsenio D’Amato and George Ribellino to discuss all of the goings on in the news, sports, TV, music and movies for the year 1977. The guys talk in depth about Reggie Jackson’s three home runs in Game 6 of the 1977 World Series; Seattle Slew’s winning The Triple Crown; Three’s Company; the groundbreaking mini-series Roots; the New York City Blacout; The Summer of Sam; the death of Elvis Presley; Billy Joel’s album “The Stranger”; Smokey And The Bandit & Star Wars.