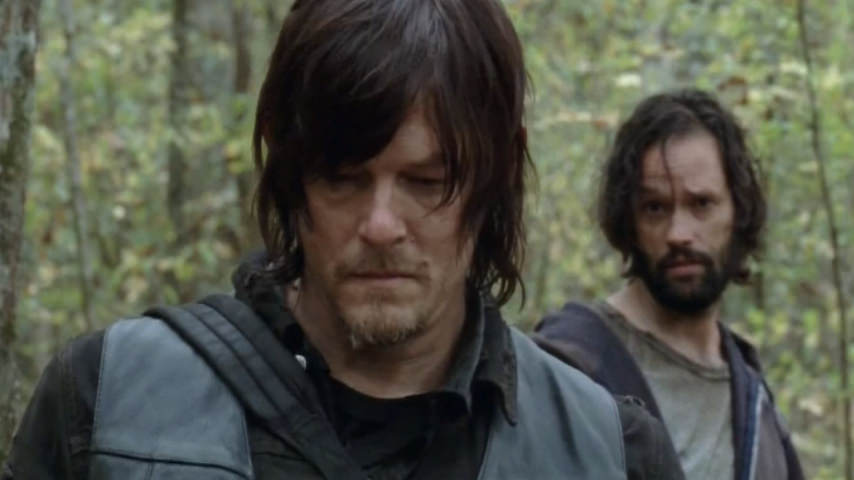 One thing I understand in an abstract way – which is really a way of saying I can come to get it academically even if I don’t agree – is how seemingly good-natured people end up in gangs, white power groups, or even the military.  Before you flip out on me let me be clear that the only thing that unites those seemingly disparate institutions is that their existence requires those in the ranks to separate people into “Us” and “Them.”

Because that is what it is on the most basic of levels, a first person subject versus everyone else. This I feel, is one of our most basic coping mechanisms for dealing with the insecurity that the world brings while also nurturing that need for belonging innate in social animals like human beings, effectively taking care of two of the category of “needs” that American psychologist Abraham Maslow listed in his theory of Hierarchy of Needs at the same time, and allowing for a better chance at fulfilling the higher levels  such as “self-actualization” as well as the most basic needs of food, sleep, water, breathing etc…

In the above mentioned examples, the human desire to feel safe in hostile environments such as impoverished inner cities or the cruel and scary world at large that leads to this phenomenon called “allegiance,” is easily understood, and it’s the same desire to belong that leads people to find refuge in every other type of group and subculture there is –relative to one’s own interests used to define oneself, and also our experiences that have shaped us. I found myself part of the punk community because of my interests in that music but also my childhood experience that led me to believe in concepts like “justice” and “equality.” Others may have grown up immersed in sports cultures (a peculiar example in which we pit Us and Them in competitive but non-violent ways, though soccer hooligans and their American equivalents have shown that it isn’t always the case), or rural communities exalting  a simpler America that revolves around God and Country. These may seem foreign, bizarre, and ludicrous to some, but to those who identify with these things the opposite is ludicrous.  The difference between Us and Them is really just based on where you are standing.

This concept of “Us” is what the penultimate episode of The Walking Dead Season 4 explores, and while it has been knocked around since we first walked into the camp of survivors with Rick in season 1,  here we are able to view somewhat objectively (and yet from the inside looking out) the ways we subjugate our own whims and desires in order to have the security of plurality, and how our group dynamics are able to lead us to both altruism and caring about other people who aren’t “me,” as well as the ability to vilify others. For all the good that coming together based on a common trait and/or objective, there is the possibility (or inevitably) that it will also lead to conflict with “Them.”

“We each have our missions.”

The group of Glen and Tara, as well as Eugene, Abraham and Rosita are an “Us” by convenience and reluctance.  Glenn is singular in what he hopes to accomplish: Find Maggie and hug the shit out of her.  Tara feels guilty about her role in the destruction of the prison community and the murder of Hershel and so she continues to follow Glenn as he continues to plow along without stopping or sleeping.

While everyone else in this group seem to understand the importance of relying on each other and the stability it provides, Glenn acts more selfish than the crew Daryl is rolling with right now. Upon seeing a note from Maggie instructing him to head towards Terminus, he just bolts as fast as he can. Abraham despite his toughness and his own tunnel vision when it comes to his mission of protecting Eugene and getting him to Washington still  is willing to keep accompanying  Glenn and Tara to Terminus if only Glenn would circumvent the clearly dangerous tunnel. He even gives him supplies that would be of astronomical value in their world.

Yet Glenn doesn’t care about anything but “Maggie,” which would seem romantic if it wasn’t so damn annoying.  Not only did his one track mind lead to the events that stranded the military transport truck that would be really, really helpful, but he was ok with Tara following him into a tunnel that is obviously full of walkers. And then when they come across a ton of walkers he gets her to carry on. He may have been become the worst character simply because of how one-dimensional he has been in the second half of the season.  Luckily, Maggie and crew came across Abraham and crew and were able to bail out him out at JUST the right time. And by luckily I mean I groaned loudly and then spent the rest of the episode mumbling under my breath because it was just one too many close calls that were thwarted just in the nick of time. For a show that has gone to such great lengths to make the last two seasons very much an incisive commentary on society’s structures and morality, these quick solutions and easy fixes are even more disappointing. 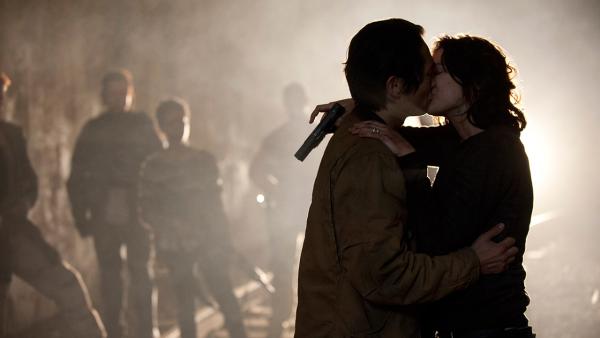 If there is one scene or plotline that illustrates what I see as the “message” of this season in particular, it is the ones where the leader of the group that Daryl has found himself in, Joe, explains the necessity for order while exalting the fact that the lack of rules has opened the door for “people like them” to dominate and take whatever it is that they want –as long as it isn’t from each other. His credo isn’t the message, but what it highlights is.  It is a stark contrast with the utopian prison community that feels like it was so long ago, as well as Woodbury where at least the people who were taking from others and killing possible rivals were also feeding and providing supplies to innocent survivors. It doesn’t make it any better that The Governor and his gang manipulated the insecurities of the townspeople in order to justify the necessity for aggression, but at least the killing and raiding benefited others besides those committing the acts. The Governor and Woodbury represented the problem with a centralized authority using fear of others to justify “taking,” symbolizing the power of governments that do the same thing and raising questions of whether or not taking others resources with force is ever ok and if one can trust authorities who have something to gain from the power given to them.

Joe and his whole “Claimed” crew aren’t after the power that stems from governance or authority, however, and instead they simply want to take whatever it is that they want. They realize though, as Joe tells Daryl, that one can’t go it alone and that some rules are needed in order to prevent it from getting “all Darwin every few hours” even if it is survival of the fittest.  It almost as if this group is symbolic of the corporatist mentality of capitalism, which is as cutthroat as it can get but which is one that has also established the need for basic rules to prevent the mutual destruction of like-minded individuals. They want the ability of relieving other survivors of their supplies and possibly rape and pillage (going by the conversation overheard in the house when they discovered some of Michonne’s clothing), but with none of the responsibility of governing. Just the idea of being able to “claim” something and make it yours is in line with capitalism and its “conquer all”disposition.

Hearing about Rick’s run in with the group back at the house made me realize that as nasty as these men may seem, we have yet to see them do anything that goes against the  rules that Joe has laid out. They didn’t know Rick was even in the house, and were actually arguing about who had claimed what, which we now know is a major part of their culture.  They are definitely prone to violence, but so far it has been in reaction to someone refusing to follow laws that they were aware of and agreed to live by.

We cut Rick some slack though, because we know what he has already experienced and that his reaction was not out of line when taking that into consideration the man is scared and more than once he has had to pull a dagger out of his back or defend himself and his family from people who didn’t hold life sacred. Plus…they ARE bad dudes. 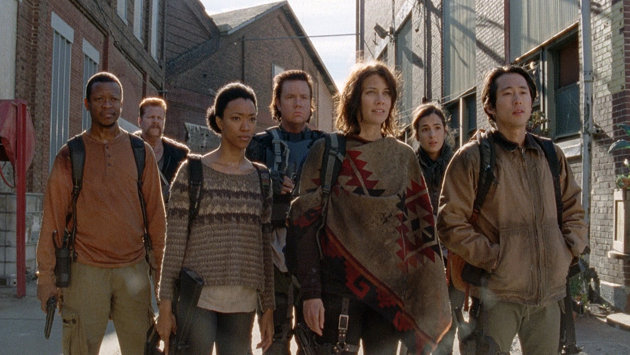 It is clear that EVERYONE is going to Terminus now that we know that Joe and Co. are following Rick who is heading there.  The question is still “Is it as good as it appears” with its hippie vibes and deck that looks like it would be great for brunching, or is it just like all the others places that appeared to be safe but turned out to be just as bad as the outside world? Also, what happens when Joe’s group gets there? Their need for order and security show that they have the ability to collaborate, but will they if it means that they can’t simply take what they want? Will “Us” grow to include “All”? Or does none of it matter because they are walking into a trap or bloodbath, or both?

Tune in next week for answers….hopefully.