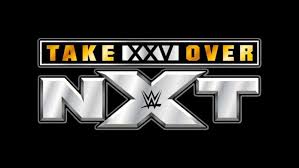 If you ask most WWE fans what one of their favorite things to watch on the WWE Network is, I think it is pretty obvious that one of the shows near the top of the list for most people is NXT. It had started back in 2010 as a competition show which featured Superstars from the then-developmental promotion FCW, and while it would provide memorable moments it was fairly forgettable and quickly became a showcase for those who had no real direction on the main roster at the time. At the same time, FCW was floundering as a developmental system and it was determined that a change needed to be made. So Triple H would close the system down and would relaunch NXT as the new developmental brand, and it would be based out of Full Sail University in Orlando. Almost immediately, NXT would gain a cult following among fans with many clamoring to see it first hand, and when the Network launched in 2014 NXT was among one of the first shows highlighted. In fact, the first major live show to take place on the Network was NXT Arrival which was a major success and showed that NXT would be a viable third brand. In May, NXT would hold a supershow called Takeover and it would become their primary supershow to take place periodically throughout the year. Over the next five years, Takeover would become a major show as it would go from being at Full Sail to being part of the Big 4 weekends while also holding special Takeovers during the year. These shows would usually deliver big matches and memorable moments that many fans would consider among the best of the year, and some even consider the shows better than the WWE shows they precede. We are now on the heels of the 25th edition of Takeover and the future seems brighter than ever for the black and gold brand.

With that in mind, I thought it would be fun to go back and watch every single Takeover prior to Takeover XXV and make a list of what I consider the top 25 matches in Takeover history. I did not include Arrival since that is not technically a Takeover, and I also did not include Takeover: Blackpool since that was from the NXT UK brand and this is list only focuses on the US brand. I will start things off by listing some honorable mentions that did not quite make the list and then starting tomorrow, I will be releasing the list by 5 matches with the top 5 being unveiled the day of Takeover XXV. As a disclaimer, this is my list and I made it based on several factors that I use to grade matches, and it also includes personal preferences though that won’t be a major factor. I am interested to see what the Nation thinks of the list, so after the last article drops I will post the master list on the message board so everyone can leave their opinion on the list while also making their own lists.

With that said, let’s kick off the top 25 matches in NXT Takeover history by listing off some matches that just missed the final cut. C

Thus concludes the first part of this series and when I come back with part two, we kick off the top 25 matches in NXT Takeover history.