We are inside the top 10 now, with an intriguing match-up here between two of the biggest names in wrestling at the most famous arena in wrestling. It was rare for Andre to be wrestling at this point, with very limited appearances due to his overall declining health. He was still part of the Heenan Family though, so he was drawing boos. The match started without the sound of a bell, Warrior unleashed a flurry of clotheslines which knocked Andre to the mat, and bounced off the ropes before splashing Andre and covering him for a three count in under a minute. Andre protested afterwards that the bell did not sound so the match had not started. The Ultimate Warrior had conquered a giant in less than a minute.

Why This Match Is Important: Ultimate Warrior was being positioned as the future of the company due to his ultra characteristic persona and look. It’s the first time Andre and the Warrior would face off in any recorded match (not the last, but this one was far more important), and Warrior vanquished Andre very quickly. In fact, it was never mentioned because it would have over shadowed Hulk Hogan’s win at WrestleMania III when Hogan required a lot more time to overcome the giant challenger. It was also the first time Andre the Giant would receive an Intercontinental Championship match, raising the title’s prestige immensely.

What Should Have Happened: The two men would have quite a rivalry after this, continuing past Survivor Series, with the Ultimate Warrior knocking Andre from the ring, resulting in Andre being counted out in only 26 seconds. They should have allowed Warrior to run over Andre like they did here, and pin him in under a minute. At a major event like Survivor Series, it would have been a memorable moment.

Not the first match from Canada in this untelevised collection, and not the last either. This clash between a perfect wrestler and Mr. Perfect was greatness personified. At the April 5th taping Wrestling Challenge tapings, Bret Hart cut a promo during one of Mr. Perfect’s matches alluding to the fact he is the best there is, contrary to someone who perceives he is perfect. The stage was set as the two clashed in Toronto and they wrestled to a 20-minute draw. Neither man was able to prove he was better that night. Bret Hart and Curt Hennig both say that this was their best match of their careers.

Why This Match Was Important: At the time, Bret Hart was billed as a member of The Hart Foundation, which was exclusively a tag team, so with Bret venturing in to a singles career here, not many fans got to see Bret Hart before he was officially billed as The Excellence of Execution in singles action. These two would go to war over championships in the future, but this great match went untelevised.

What Should Have Happened: Bret continued to be booked as a tag team wrestler for almost two more years after this match. The company should have seen the writing on the wall and let him loose. They knew he could wrestle, and they knew that for years before this match. But he continued to toil, waiting methodically for his chance to shine in singles competition. Mr. Perfect went on to win the Intercontinental Championship a year later, and feuded with Kerry Von Erich, Tito Santana, and others, yet the company kept them apart until 1991. Why weren’t they given a chance to shine at SummerSlam 1989? Instead Mr. Perfect got to wrestle The Red Rooster in a match that lasted three minutes! 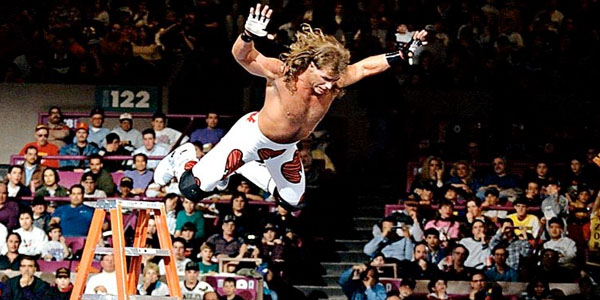 In September 1993, the reigning Intercontinental Champion Shawn Michaels quit the company during an altercation, and the company stripped him of the championship. Most fans know the story. Razor Ramon won a 20-man battle royal to win the vacant championship, and upon his return Shawn Michaels proclaimed himself the real champion, even carrying around a replica of the title. The two men matched up in the first televised ladder match for the Intercontinental Championship at WrestleMania X, but, what happened in February in Springfield, Massachusetts was just as great. They wrestled over 20 minutes with Razor Ramon rolling up Michaels to retain the title after Diesel interfered and accidentally punched Shawn Michaels instead of an interfering Marty Jannetty, resulting in knocking the challenger out cold.

Why This Match Was Important: Razor Ramon and Shawn Michaels had been feuding for months about who the rightful Intercontinental Champion really was, and this match was worth the price of admission alone. The two men set the bar for their famous matches to come later that year, but this one is forgotten to time as it was untelevised and squeaked out a release on VHS almost a year later. Only tape collectors knew that Razor and Shawn Michaels had a trilogy of great matches in 1994, not just two!

What Should Have Happened: There are times when a disqualification finish helps the story, and here would have worked. Instead of Razor going over semi-clean to retain, the match in Springfield should have ended in a disqualification, because with the pinfall here, didn’t that mean Razor Ramon won the feud prematurely and therefor was the rightful champion? The ladder match at WrestleMania X was moot!

Everyone knows this story, it’s one of the greatest rivalries inside and outside of the squared circle in the history of wrestling. Hogan vs Savage was the premier rivalry in the WWF in the late 1980s. We were there at WrestleMania IV when Savage won the WWF Championship. We were there when the Megapowers exploded. We were there at WrestleMania V when the Megapowers collided, and Hogan beat Savage for the WWF Championship. But something always escaped Randy Savage. That defining win over the face of the company. Hogan was always the thorn to Savage. Hogan wanted the main event, Hogan wanted the title, Hogan politiced his position, while Savage was left to pinch hit, and often delivered grand slams in the under card. Least to say, they had wrestled before this match, but, it was what happened which proved vital and it was untelevised. Randy Savage defeated Hulk Hogan! Savage threw Hogan in to the barricade outside the ring, and with Sensational Sherri distracting the champion, Hogan was counted out and lost!

Why This Match Was Important: Hogan didn’t wrestle that much, and he certainly did not lose that much, so this was a sight to be seen by the fans in attendance. Savage didn’t win back the WWF Championship, but history was made.

What Should Have Happened: This match should have happened at the Saturday Night Main Event which aired two months later. They had no problem shoehorning a rematch of Andre/Hogan the year before, so why not a Savage/Hogan rematch? Instead, Hogan defeated Honky Tonk Man in six minutes and Brutus Beefcake defeated Savage by disqualification. Talk about garbage. In an era when cable ratings were vastly important to the territory wars, why didn’t the WWF attempt to bank on a Hogan/Savage rematch when they could?

There’s only one reason this match is so low compared to the others, and the choice to place this so low will be criticized. This is not meant to demean Misawa or Bret Hart, or say that any of the next matches were bigger or better, the reason this match is so low is because in April 1990, Bret Hart was *still* being viewed as a tag team specialist in the WWF, and only got this opportunity because Misawa respected Bret Hart and his family, and also knew Bret was capable of carrying a great match. In all honestly had this match happened two years later it might be in the top two because of how important these two men are to wrestling. The fact that Bret Hart wrestled Mitsuharu Misawa in the Toyko Dome was the pinnacle of Bret Hart’s career to this point, no WWF match came within miles of this. The Toyko Dome and New Japan and All Japan were widely respected in the wrestling community, and still are today. Misawa and Bret wrestled a 20 minute draw in front of 50,000+ people. Bret Hart had never wrestled in front of so many people and had such a great match before this. (67,000 at WrestleMania VI, where his tag match went 18 seconds against the Bolsheviks.)

Why This Match Was Important: Historically speaking, this match is extremely important, but, was a mere teaser considering what it COULD have meant for wrestling. It was a dream match before dream matches happened. Misawa shortly after this match would drop his mask and become an ace in Japan, holding the Triple Crown for years in All Japan, wrestling in over 20 five-star matches (as graded by Dave Meltzer) in his career. This was a huge opportunity for Bret Hart to show he belonged among the greats in the sport.

What Should Have Happened: Another match where there wasn’t much the company could do with this. The event was held in Toyko and due to broadcasting rights and restrictions, the WWF could not have aired this during this time on television, but, it should have been promoted a little more.