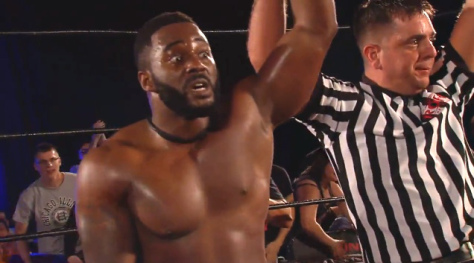 On this episode of The Steve Corino Show, Steve is joined by the always entertaining Cedric Alexander, who speaks about his wrestling training with George South, getting discovered by ROH and tagging with Caprice Coleman. Cedric then answers Twitter questions from listeners and shares his dream opponent in England as well as his true feelings for Andrew Everett.

In addition, Steve and Dan dive into some NFL talk including the recent Ray Rice controversy while wrapping up Week 1 of the season. The King of Old School also ends his holdout and finally jumps on a popular team’s bandwagon! Movie lists, Adam Rose and WWE Network round out an epic show that’s two whole weeks in the making!

You Know What That Means: An AEW Podcast #28: Return of the Riche