It’s that time of year again.

The leaves are changing color, temperatures are dropping, and everyone’s busy picking out Halloween costumes for their bash (or for their kids).

In short, Fall is in full swing, which means it’s time for the Major League Baseball Playoffs. For some, this is the best part of the season. For others, it’s a tough time to find a team to root for amid a sea of spoilers, surprisers, and survivors. And still, some, like myself, lament the playoffs only because it means the season is nearly over.

But, whatever your take on the playoffs, we can all agree that the games in October are fun, with added tension, suspense, and heroics make it a month of some of the best baseball of the entire campaign.

With that said, let’s take a look at the postseason brackets and then consider which of them is most likely to lift the Commissioner’s Trophy at the end of the month. 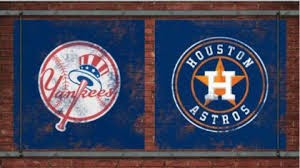 Prediction: It’s nigh-impossible to predict a one-game “series”, but with both teams tossing their aces, it could be a tight one all night. That being said, the game’s in a hitter-friendly environment and both teams can mash, with Houston second in MLB in team SLG (.752) and the Yanks fifth (.744). Keuchel was fantastic at home (15-0, 1.46 ERA), but only so-so (5-8, 3.77) on the road, so that gives the Yankees a slight edge. Which is all you need in a one-game setting. 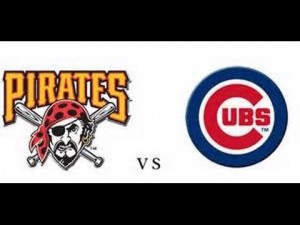 Prediction: Again with the caveat and folly and downright silliness of a one-game prediction, I am going to go with my heart here (dumb, but whatever) and go with Pirates. The Buccos host the game, negating any sort of raucous Wrigley factor (although plenty of Cubbie Blue will make the trip). Still, Pittsburgh’s got their ace in Cole and the team went 53-28 at home, allowing just 281 runs at PNC Park. Offensively, the Pirates posted a .719 team OPS at home, while the Cubs smacked a .721 on the road. In the end, it’ll be a tight game, and I think Pitts’ bullpen edge (2.67 ERA to 3.38) will be a factor. 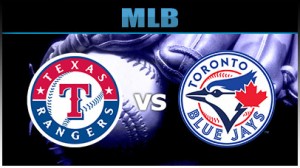 Prediction: Neither team has stellar pitching up-and-down (Jays a 3.96 starters’ ERA to Rangers’ 4.32 ERA); however both teams have aces (Price vs. Cole Hamels) and some depth with Marcus Stroman vs. Yovani Gallardo. Beyond that, it’s anyone’s guess. The Jays have a great offense and solid defense, while the Rangers are just about even. The difference, though, is that Texas doesn’t have the up-and-down firepower and since the series will bounce from bandbox to bandbox, it could be a slugfest. Why bet against the best sluggers all season here? 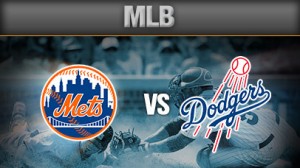 Prediction: The Mets have a deeper starting staff, but it’s really, really, REALLY hard to pick against the brilliance of Clayton Kershaw and Zack Greinke possibly starting 80% of L.A.s’ games. That being said, New York can throw some great arms out there, too. Toughest series by far to call, but I’ll go with the youth and depth.

That leaves the 100-game winning St. Louis Cardinals taking on Pittsburgh in the other NLDS, and the Yankees facing the Kansas City Royals in the ALDS.

The AL matchup gets underway on Thursday at Kansas City, while the NL clash begins on Friday.

Since these matchups are all predicated on earlier guesses of wild card games, take these with a HUGE grain of salt. 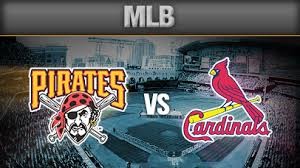 St. Louis vs. Pittsburgh — The Cardinals do everything well, but so do the Pirates. The two teams ended up nearly splitting their season series, with the Redbirds on top 10-9 overall. Still, it would be a thrilling series, with the Pirates still considered an underdog* against the best team in the game today. Again, I’ll go with my gut over my brain and pick the Buccos. 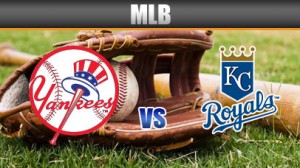 New York Yankees vs. Kansas City Royals — The Royals play better defense, but the Yankees hit better. Both bullpens are deep (Andrew Miller and Dellin Betances are this year’s Holland-Herrera-Davis). However, both starting staffs are *meh* (shrugs) and with the Bombers burning Tanaka in the wild card game, while the Royals start Johnny Cueto fresh, I’ll go with the Kansas City boys.

If you’re still keeping score, that gives us League Championship Series matchups of the Kansas City Royals vs. the Toronto Blue Jays in the AL, and the Pirates against the Mets in the NL.

The AL matchup will be a master class in defense against power, while the NL series should be all about pitching and defense on both sides. 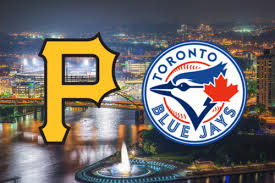 Again, it’s a fool’s errand, and I’ll be as wrong as I’ve ever been*, but for my World Series, I’ll take the Pirates against the Blue Jays, with Pittsburgh somehow pulling out a triumphant Series win, in what should be a Fall Classic in the truest sense of the term.