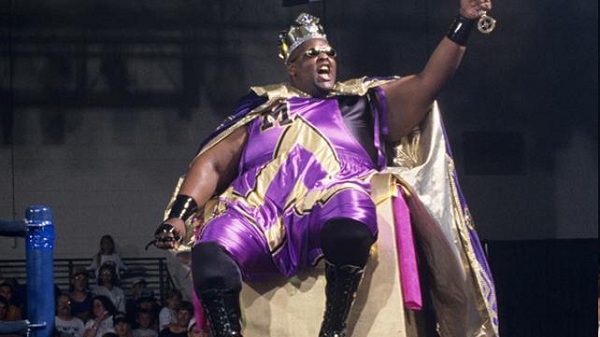 No time for editorializing this week, not during one of the biggest wrestling weekends in recent memory! The weekend starts with both Ring of Honor and Dragon Gate holding cards, followed by WWE’s Elimination Chamber on Sunday evening, a special Raw on Monday, plus the launch of the WWE Network. Plenty of news and nuggets to whet your morsel:

– The World’s Largest Love Machine falling in love with Lillian Garcia and pursuing her off-and-on for years.

– The hoss lover’s wet dream, the ECW Monster Mash. Check out BDV’s showdown with Mark Henry early in the match.

– When you need to make your day just a little more sexy, there’s always one video you can turn to.

– This last item may be idiosyncratic (well, more so). A much-indulged affinity of mine (Glenn) for some years was the General Manager mode in SmackDown vs. Raw 2007, and I spent probably too much time booking & playing PPV events just to find new and exciting ways of throwing people off the top of the Hell in a Cell structure. A particular favorite was to get an opponent in just the right position so that when you perform Viscera’s finisher, turning his opponent over and humping him several times, the poor benighted soul would fall off the cage just as the humping finished. To be fair, it was easier to position someone in the middle of the cage ceiling and break it with the power of Big Vis’ physical love. He was a giver.