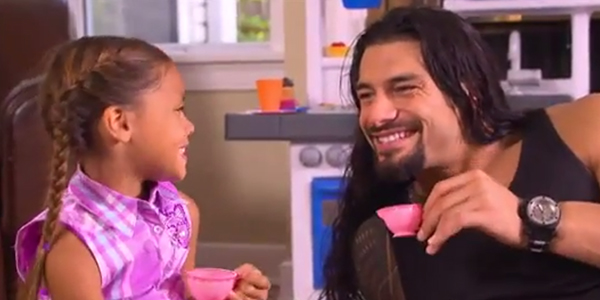 After the High Spot went to print last week, we learned that Roman Reigns underwent emergency surgery in Nashville, Tennessee for an incarcerated hernia. Reigns was forced to miss the Night of Champions special event and is said to be out of action for at least a couple months. As someone who has underwent hernia surgery before, I can tell you that Reigns’ tear, with the intestine sticking out of the abdominal wall, could have been fatal, hence the need for immediate action. While Reigns should recover quickly from this malady, it’s still the second major injury to the WWE main event scene this year. And, as with Daniel Bryan’s health problems, it has sent the writers and executives into a scramble to rewrite the main storyline. In my opinion, this is partially a function of the WWE’s over focusing on the top couple stories without taking the time to carve out the characters and plots on the undercard.

This thought process is nothing new to critics of the current product. But it was really amplified for me after listening to the recent “Talk is Jericho” podcast guest-starring the Hardy Boys. In it, the three wrestling legends discussed how, during the Attitude Era, the top stars (Austin, Rock, Undertaker, etc.) were on such solid ground that Vince McMahon could focus more on developing the midcard. Thus, fans saw amazing tag-team feuds with the Hardys, Edge and Christian and the Dudleys, stables like Right to Censor and direction for each individual talent of the roster, regardless of standing. Currently, as Jericho states, McMahon really only has his hands on a couple of stories, those which have the potential to make the most money for the company. Because of this, when a star is sidelined due to injury, there isn’t an athlete established enough in storyline to be moved up and look legitimate. This isn’t due to a lack of talent, it’s due to poor character building.

There are solutions at hand. NXT has it figured out, making sure that virtually every character showcased on television has either a feud or a fleshed-out motivation for their actions. Therefore, it makes sense when Tyler Breeze, Sami Zayn, Tyson Kidd or Bayley get shots at their respective championships. On the main roster, after Reigns’ injury, there are currently four men who are clearly in the title scene: Cena, Ambrose, Rollins and Lesnar, with Orton being a step behind (for those who complain about a lack of newer talent on top, keep in mind that three of those listed weren’t on the main roster two years ago). I’d argue that Rusev, Cesaro and Ziggler could have easily made the jump up the card, but the latter two have suffered from a lack of focus on their characters. Until the top members of the administration expand their role in establishing each member of the roster as a distinct entity, I’m afraid that little will change. Here’s hoping that Ambrose, Rollins and Cena remain healthy until Bryan and Reigns can return.