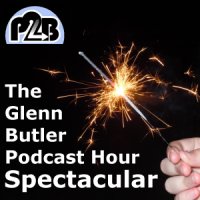 Star Trek: First Contact tries to add The Glenn Butler Podcast Hour Spectacular’s distinctiveness to its own, as the Star Trek vintage vault series continues. Glenn & Scott discuss genre drift as First Contact lurches from horror film to action thriller to something more akin to a Star Trek story, and as the Borg lurch from zombies to vampires to insects. They also discuss the meaning of the Borg (and how that changes now that they have a queen), why Captain Picard invites the whole collective to the gun show, the bizarre eroticism of the Borg Queen, the beginning of the Star Trek future, and the beginning of the end of a Star Trek series. Now with the intense discussions of starship design you’ve all been asking for!

If you have any questions or suggested topics for a future Star Trek mailbag episode of the Spectacular, contact Glenn or comment on the PTBN Facebook page!