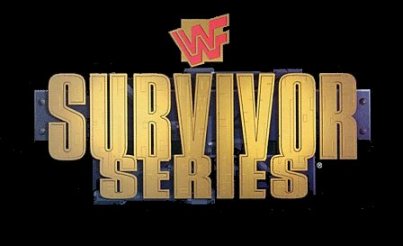 While the Survivor Series brand may have lost its luster over the last decade, the staple of November pay-per-views still has a rich history worth celebrating. Most associated with tag team wrestling and Thanksgiving, Survivor Series has also been host to twelve different World Championship title changes (WWF, WWE and the World Heavyweight Championship). In our quest to rank these momentous occasions, we crowd-sourced Nation members’ opinions on which had the most meaning. Meaningful can be a loaded word and any list is faulty without context for what criteria we’re exactly using. In this case, our logic is two-fold. We measured the matches with the most immediate impact and those that were meaningful on a grander scale – changing the wrestling landscape if you will. The below have a healthy balance from both of those measurements. 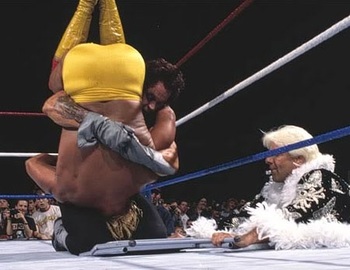 Hulkamania is stopped dead (get it?) in its tracks as The Undertaker wins his first championship at the 1991 Survivor Series. While this certainly elevated Taker in the short-term, his reign would last less than a week before the title ended up being vacated. The larger story here is the involvement of Ric Flair and his push towards winning the title at the subsequent Royal Rumble as well as a shift away from Hulk Hogan being in the title spotlight. 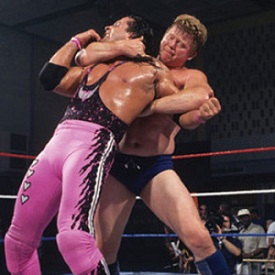 After feuding with his brother throughout the summer of 1994, Bret Hart faced off with former champ Bob Backlund in a submission match where your corner had to throw in the towel to admit defeat. As shocking a title change as you’ll see, Backlund prevailed after having Bret in his Crossface Chicken Wing hold for literally nine minutes, with Helen Hart finally throwing in the towel to mercifully end the match. Backlund didn’t fit in the “New Generation” (Vince even questions this on commentary afterwards) and was just the vehicle to recreate a Hogan/Sheik moment at the Garden days later when Diesel flattened Backlund in seconds to win the belt. And thus, the Diesel reign and kliq push began. Love it or leave it, this shift impacted the company for the next two years. 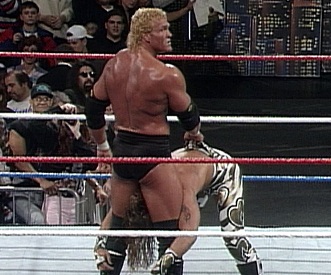 With a raucous Madison Square Garden crowd behind him, Sid vanquishes HBK’s run through 1996 and big changes are afoot in the WWF. The Attitude Era is now in full swing and despite only having a two month reign here, Sid would regain the title prior to WrestleMania 13 after HBK vacated the belt. The underlying story here is Shawn’s refusal to job to Bret Hart at WrestleMania 13 and Shawn’s absence leads to bigger airtime for guys like Steve Austin, Ken Shamrock and the Undertaker. The seeds of the heelish HBK character spawn out of this as well, setting the stage for a rollercoaster 1997 for the WWF. 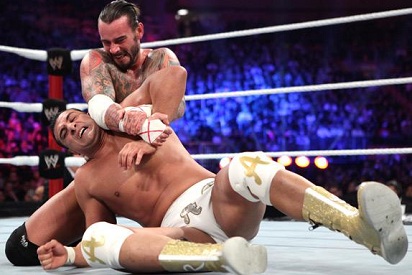 After shenanigans at the end of SummerSlam and Punk out of the title picture in the early fall, this was the one-on-one title match fans wanted. In front of a great MSG crowd, Punk beat Del Rio cleanly and cemented himself as a top guy in the promotion.  The reign would become legendary and one of the longest in WWE history. Punk would morph into a heel by the summer of 2012 after feuding with the likes of Chris Jericho and Daniel Bryan. His alliance with Paul Heyman garnered even more heat, setting up a main event showdown with The Rock at the 2013 Royal Rumble. 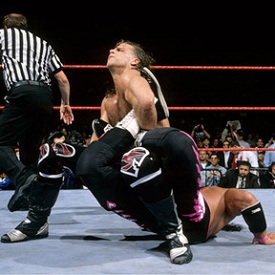 There is no upset in the #1 spot here as the aura around the main event of Survivor Series 1997 will never go away. After months of either refusing to work with each other or matches being scrapped because of injuries or backstage fights, Shawn Michaels and Bret Hart finally locked up, giving us one of the most memorable finishes in wrestling history. HBK’s run with the WWF belt led to him eventually putting over Steve Austin and setting off the hottest period in wrestling history. Bret Hart left for WCW, only to be misused and injured. The stigma and conspiracy around this match has been covered in documentaries and is still fiercely debated today.