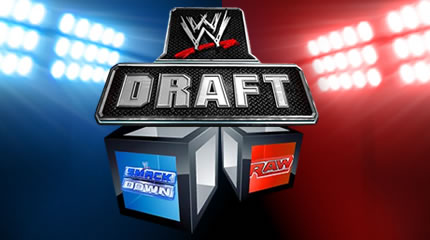 Recently on the Place To Be Podcast, Scott Criscuolo and Justin Rozzero spent an entire episode recapping the episode of Raw from March 25, 2002. They reviewed that one specifically because it was on that night that the WWF instituted their first ever Draft after deciding to split the Raw and SmackDown brands into separate entities with their own rosters, schedules, and format. That episode, like many on the podcast, is excellent as the two celebrate, second-guess, and sometimes struggle with some of draft choices made between Raw general manager Ric Flair and SmackDown head honcho Mr. McMahon. Late in the installment, Justin and Scott give it the college try and do their own version of that 2002 draft with the hindsight of more than ten years. It’s a fascinating concept for a professional wrestling draft, but while listening to the podcast, I started to remember something that my Main Event podcast mate Ben Morse had brought up in a discussion way back in the fall of last year.

Back in late August, I moderated a discussion concerning whether or not the WWE as it stands had become too good for its own good, if there was any way for the company to harvest its talent and let it flourish (Let it be known that this was months before WWE announced its own Network, which has cured many of those ills over the past few months). In his entry, however, Ben Morse made the intriguing point that perhaps Vince McMahon, Stephanie McMahon, and Triple H bailed on the decade-old brand extension at the wrong time. Sure, there were plenty of different time periods between then when it seemed to make a whole lotta sense to have only one centralized roster instead of two, three, or even four in some cases counting their developmental talent.

But, as Justin and Scott did on their respective episode, it is always a fun exercise to take an idea of the past and install it into the present, especially one as risky and all-inclusive as the WWE Draft. The last one we had was in 2011, the eighth one in the company’s history, and it was in that year that Triple H announced that Raw would become the company’s “super show,” eventually phasing out the brand extension concept altogether by the end of 2012. However, with so many winds of change sweeping around WWE and the company becoming stronger and more loaded than ever thanks to its NXT minor league program and WWE Network launch, what better time to shake things up again than right now? And I knew just the guy to match wits with on this exercise.

Without further ado, this is our personal edition of the 2014 WWE Draft, the one that you thought you wouldn’t see and the one you may have wished you did see. These were our ground rules to kick things off:

– As it did in the 2002 Draft, we each get one pick after the other for the entire WWE roster.

– All of the roster picks are chosen primarily in one role, be it as a wrestler, manager, or backstage interviewer. For example, if I choose Renee Young, I can use her as an interviewer but not as a full time color commentator.

– Championships are irrelevant, so if you pick a wrestler who happens to carry a title, you are taking the individual, not the title.

– Tag teams and stables have to be selected one member at a time, so potential break-ups may be on the horizon.

– The announcers will be chosen after all the wrestlers are completed.

– Also of note, this draft actually took place right before the recently announced cuts. Those are automatic losses, but the brand retains that talent’s rights in the event that he or she returns.