Did he ever really win a match as team captain? He did not. Did he come up with the ingenious tactic of dressing the Bushwhackers and Men on a Mission as clowns and having them humiliate Bam Bam Bigelow in 1993? Indeed. 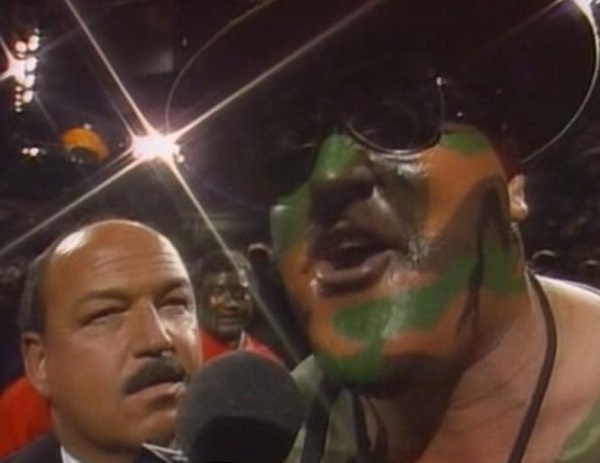 Following a loss to Tito Santana he can really only blame himself for in 1990, the Sarge came back in 1991 to captain the mish mash team of Kerry Von Erich, Tito Santana, and Jim Duggan to the second full survival in the history of the event. 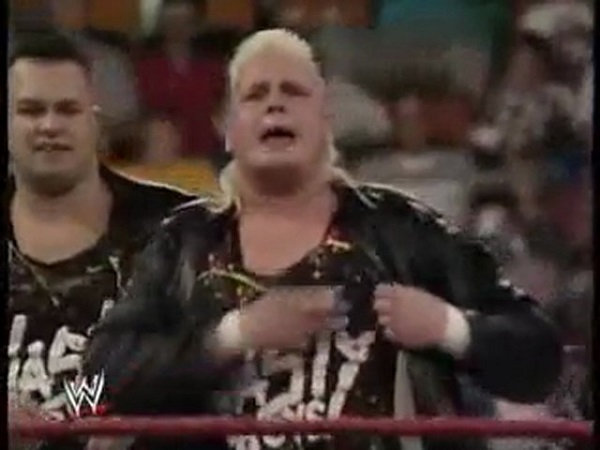 When you think of strategic prowess and leadership ability, the names Jerry Sags and Brian Knobbs don’t typically spring to mind, but in both 1991 and 1992, their only two Survivor Series outings, they came out with the winner’s purse. Technically the Nasty Boys may not have been the officially named captains of their teams, but they clearly took the alpha spot over the Beverly Brothers and saw their stars on the rise following a career-first babyface turn the year after. 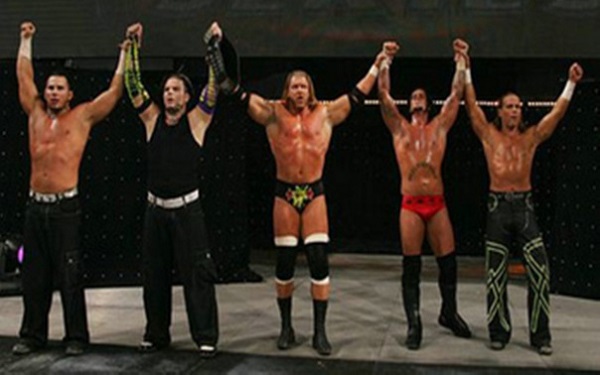 It’s a tale of two Survivor Series stories for Triple H, who struggled as a heel but has been dominant as face when serving as captain, running somewhat against the usual pattern of his career. When paired with veterans Jerry Lawler, Goldust, and Crush in 1996, Helmsley didn’t even make it to the end of the match, which saw his future rival Rocky Maivia make his mark. Eight years later, Trips suffered another defeat; making the switch to the side of good helped HHH capture a clean sweep with co-captain in 2006, then led the undermanned team of Rey Mysterio, Kane, and Jeff Hardy to a win against 4-on-5 odds the next year.

Shawn Michaels had a less than stellar start to his tenure as a Survivor Series captain, dropping major matches in 2003 and 2005 that cost Steve Austin his half of the Raw general manager position and Raw a win over SmackDown for brand supremacy. However, “The Heartbreak Kid” would turn things around in 2006, linking up with D-Generation X cohort Triple H in service of wiping out Rated RKO’s grouping in a clean sweep, and then came back the next year to take the oddball assembly of Rey Mysterio, The Great Khali and Cryme Tyme past JBL’s team. HBK bats .500 all told, but style points and heroic last stands even in defeat help him. 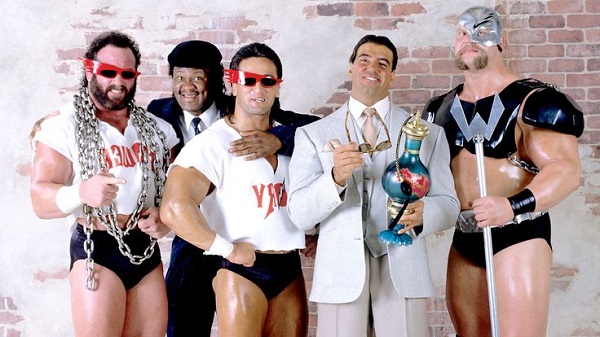 In 1990, Rick Martel made WWF history as the first captain to carry his full team through to a clean sweep when his Visionaries decimated Jake Roberts’ Vipers. With a complement of impressive but sub-Hall of Fame back-up encompassing The Warlord and the duo of Power & Glory, “The Model” kept his troops motivated to put down future HoF members “The Snake,” Jimmy Snuka, and Shawn Michaels as well as Marty Jannetty. Though Martel and his crew came up short in the “Ultimate Match of Survival” later in the night, by then their names had already been etched in the books. 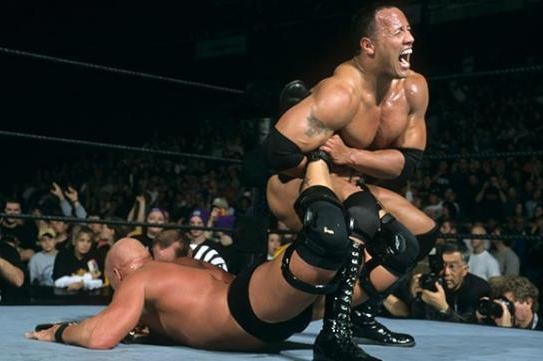 4. THE ROCK (captained The Undertaker, Chris Jericho, Kane & The Big Show to victory in 2001)

The Rock only captained one Survivor Series team, but they won the match with higher stakes than any other in the history of the event, and thus their leader must be given consideration and his due props. In the face of the Alliance putting the World Wrestling Federation out of business, “The Great One” led a rag tag band of warriors to victory over admittedly out of synch opposition, but adversaries that included no less than Steve Austin, Kurt Angle, Booker T, Rob Van Dam, and Shane McMahon. Rock also proved able to put his feud with Chris Jericho aside to concentrate on the matter at hand even if “Y2J” could not, earning respect from the likes of The Undertaker and a historic win. 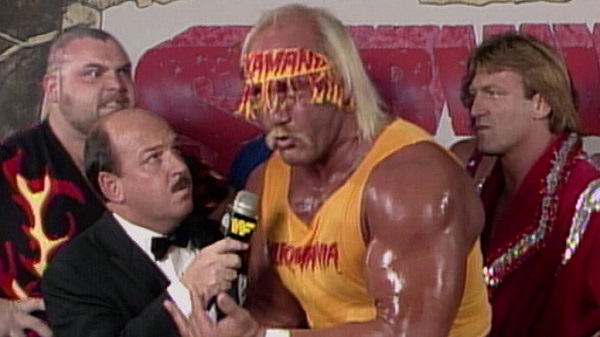 While you can’t argue with Hulk Hogan’s results as a Survivor Series captain, you can dispute a bit how he went about achieving them, hence his high placement on this list but not at the very top. “The Hulkster” did not get off to a particularly impressive start at the first Survivor Series, dropping the inaugural main event to Andre the Giant’s team after getting eliminated via countout and stranding Bam Bam Bigelow. Hogan bounced back and led his team to victory the next three years; however, in 1989 and 1990, he would be the sole survivor. How could this be classified as a bad thing? Because, as a babyface—the babyface—Hulk should have carried his team to a better survival rate, not use them as cannon fodder en route to his personal achievements. The questionable qualities we looked the other way on as kids when rooting for perpetual hero Hulk Hogan make him a good Survivor Series competitor, but a pretty lousy captain. 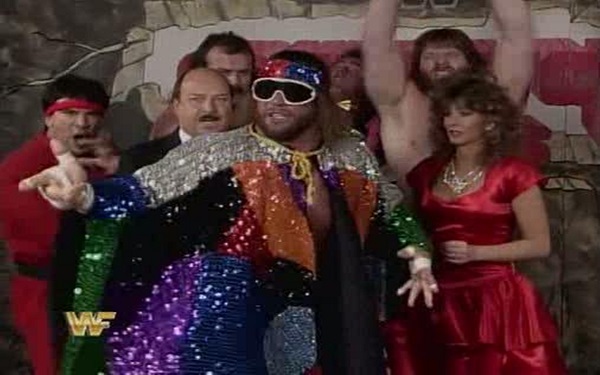 When it comes to Survivor Series, Randy Savage may have peaked early, but as typical with the “Macho Man,” he peaked very high as well. In the very first match of the inaugural 1987 event, Savage captained Jake Roberts and old rival Ricky Steamboat to survival against the Honky Tonk Man’s squad in one of his first outings as a babyface. The next year, Randy overcame growing enmity with Megapowers partner and co-captain Hulk Hogan for another win. Finally, Savage made it three in a row as the “Macho King” led his King’s Court to a decisive victory over “Hacksaw” Jim Duggan’s 4×4’s, with his royal highness punctuating the point against a young Bret Hart. After that, the Survivor Series involvement of the “Macho Man” would diminish to a standard tag team match in 1992 and then being the mystery final member of Razor Ramon’s alliance the next year; he won both matches. While Randy Savage’s perfect record of three victories in three outing as a Survivor Series captain puts him second to none, it becomes all the more impressive when you consider the timing and that nobody had written the book on how to do such a thing yet; leave it to the “Macho Man.” 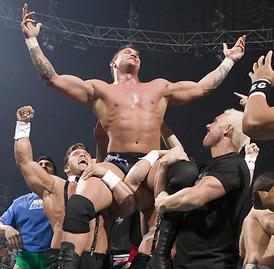 A case could be made for Randy Orton as the greatest Survivor Series participant of all-time, full stop, and since his debut at the event, the third generation savant’s leadership ability have put him at the head of nearly every team he’s been a part of. In 2003, as the nominal head of Team Bischoff, young Randy outlasted a team of decorated champions including Shawn Michaels on the other side to begin establishing his “Legend Killer” cred and hand the general manager position of Raw over to Eric Bischoff. A year later, having flipped to the babyface side of the ledger, Orton again survived against Triple H and his flunkies to take ownership of Raw over the next month for his team, proving when there’s stakes on the line he’s the man you want helming the ship. After a blip in 2006—perhaps because he let Edge co-captain—“The Viper” returned to form two years later, bringing protégé Cody Rhodes along for the ride for a win over Team Batista. 2009 finally brought Orton back to earth with a loss to upstart Kofi Kingston, and he couldn’t squeak a hodge podge assemblage past Wade Barrett and company two years later, but these would be exceptions to the rule. As primarily a heel captain, Orton has done what others of his ilk could not, managing disparate personalities, and his several runs as a sole survivor prove he can lead by example and sacrifice pawns when necessary; truly the “Apex Predator” when it comes to Survivor Series.