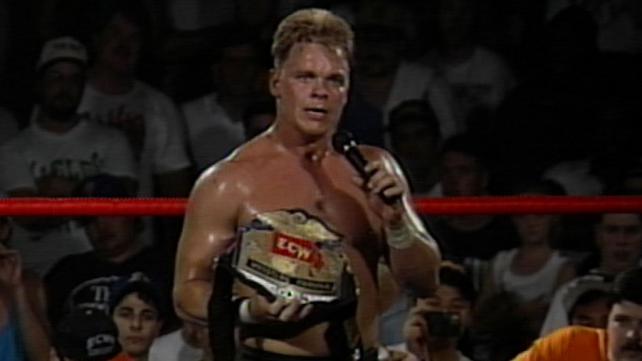 10. NEW JACK
Few things embody ECW as much as that familiar music firing up and New Jack showing up with a shopping cart full of plunder.

9. RAVEN
Moderately successful as Scott Flamingo in WCW and then Johnny Polo with the WWF, Scott Levy realized his full potential in ECW by creating the Raven character. While some wrestlers use trappings of a gimmick to accentuate their in-ring efforts, with Raven, the motivation behind why he sought championships or tormented rivals proved far more complex and interesting than the average wrestler. Paul Heyman let Levy’s imagination run wild, and got one of wrestling’s most unique figures as a result.

8. TERRY FUNK
Unlike many ECW alumni, Terry Funk did not need the “Land of Extreme” to jumpstart or resurrect his career; rather, he brought the fledgling promotion a credibility and direction that helped launch its truly successful phase. That’s not to say ECW did nothing for “The Funker,” essentially providing his career with a third act as the foremost hardcore legend and American master of the death match. ECW and Terry Funk both possess positive legacies in the larger business of professional wrestling that sprung at least in part from their symbiotic relationship. 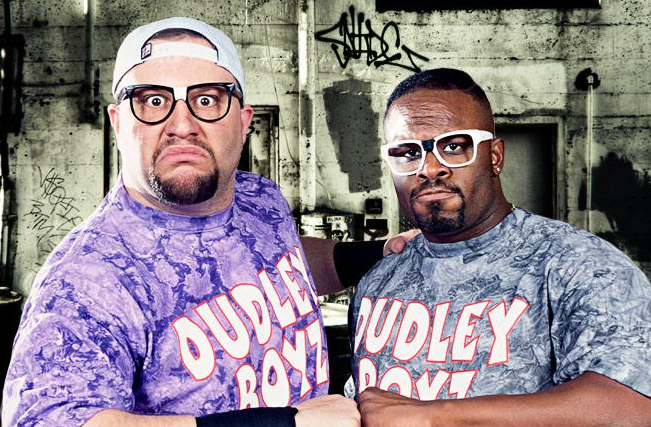 7. THE DUDLEY BOYZ
Pound for pound, there’s probably no more successful act to emerge from ECW than the Dudley Boyz. What started off as a goof dreamt up by Raven inspired by the movie “Slapshot” eventually gave way to wrestling’s all-time most decorated tag team. Putting aside the early incarnation of the Dudleys and forgetting about Snot, Chubby, Spike, and yes, even Big Dick, for a moment, Bubba Ray and D-Von Dudley transcended expectations for a duo and became main event level heels for ECW before becoming a dominant force in the WWF and amassing impressive credentials in Japan and TNA as well. It’s hard to imagine the history of tag team wrestling without the Dudley Boyz, but it’s tough to think any laboratory less extreme would produce such a unique experiment.

6. TAZ
ECW itself aside, Taz may be Paul Heyman’s greatest creation, taking an undersized journeyman wrestler with a lousy caveman gimmick and reinventing him into an unstoppable shootfighter ahead of his time in terms of working the mixed martial arts angle. Credit where credit’s due to “The Human Suplex Machine” for fully inhabiting his character and providing ECW with another avenue to showcase, emphasizing athleticism and hardnosed, down and dirty combat over using weapons, flips, and multi-layered mindgames, not opting for a crowbar or ex-wife when a crossface would do. As head instructor at the House of Hardcore training academy, Taz also laid the foundation for ECW’s next generation.

5. ROB VAN DAM
Though RVD didn’t debut in ECW until 1996, he would be in many ways the flagship bearer of the brand’s later years and beyond. His incredible athleticism carried “The Whole F’n Show” to the top, but he became a true fan favorite because of the laid back attitude that set him apart from the typical screaming, ranting, musclemen who populate pro wrestling. Despite Van Dam carrying the Television title for record time, the original ECW shuttered before Paul Heyman could put the World championship on him; nonetheless, the three-letter chants rain down on “Mr. PPV” whenever he competes and he proudly touts his hardcore legend status. 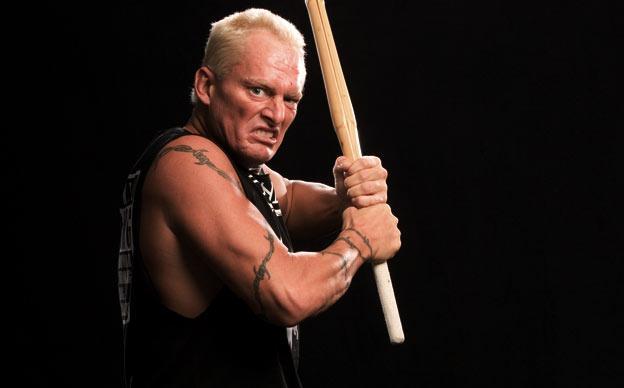 4. THE SANDMAN
The Sandman could not be a star in any other wrestling organization but ECW, where he’s a legend and four-time World champion. Paul Heyman often speaks about the key to his success as a promoter being how to accentuate positives while hiding negatives; Sandman stands out as one of the greatest examples of this particular genius. While Jim Fullington didn’t boast tremendous in-ring acumen and may have been a bit one-dimensional when it came to promos, he exuded a special presence and possessed and “it factor” Heyman could exploit in his entrance alone. When ECW fans crow about their product being unique, look to the beer-swilling, cigarette smoking, cane swinging maniac in the main events as proof.

3. SABU
Even during the times he took breaks from the promotion, Sabu embodied ECW, and vice versa. While most of the promotion’s fans will point to technical classics and character development being just as important as blood and guts brawling, there’s no question that wild brawls first put the company on the map, and Sabu set the template for taking those to the next level. A force on the independent scene in the early 90’s and a source of fascination to wrestling viewers for how he’d put his own body on the line like none before him, Sabu helped put ECW on the map by choosing to settle there as his home in the United States. The first man to popularize sending his opponents crashing through tables, Sabu provided ECW with its first breakout homegrown superstar and always felt like a cornerstone of the organization. When the “Human Highlight Reel” left for WCW in 1995 or parted ways for good in 2000, ECW felt his absence in part, but in so many ways the product he left behind reflected him so personally he always loomed large whether physically present or not.

2. SHANE DOUGLAS
If Shane Douglas doesn’t throw the NWA heavyweight title down in defiance on August 27, 1994, Eastern Championship Wrestling does not evolve into Extreme Championship Wrestling, simple as that. But while that single act ignited a revolution, “The Franchise” meant much more to ECW. Shane Douglas had been a journeyman babyface to the point in his career where he hooked up with ECW, and transformed—once given the chance—into one of the business’ most prolific talkers and hated heels. Ironically becoming to ECW what Ric Flair had been in the NWA during the 80’s given his hatred of “The Nature Boy,” Douglas would be the measuring stick bad guy against whom all heroes tried their luck, keeping a stranglehold on championship gold and spitting in the face of those who hated his arrogant boorishness. Shane Douglas perfectly represents the core of ECW: an island of misfit toys where, granted the opportunity, stars emerged from the unlikeliest of corners.

1. TOMMY DREAMER
Joey Styles said it best at ECW One Night Stand in 2005: “They call Paul Heyman the brain of ECW, they call me the voice of ECW, but Tommy Dreamer is the heart and soul of ECW.” Never has any wrestler seemed so out of place anywhere but his “home promotion” as Tommy Dreamer outside of ECW; and that’s not a knock on any sort of lack of versatility—he can get his underdog act over anywhere—but a testament to the loyalty and commitment of “The Innovator of Violence.” While every other ECW wrestler left or at least dipped their toes elsewhere, Tommy never entertained the option, remaining hardcore to the final show. His feud with Raven remains a highpoint both for his career and ECW as a whole, but it’s the perseverance through lesser programs that demonstrate his resolve. It took Tommy Dreamer time and a lot of hard work to get over with the Hardcore fan base, but once he earned their respect, that would never fade, and you could tell he cherished that devotion more than a big paycheck or even his own physical wellbeing; a less dedicated man would have at least become an agent after literally breaking his back, but Tommy couldn’t resist the addiction of the ECW audience’s approval. When I picture ECW, it’s Tommy Dreamer in a black t-shirt, blood streaming down his face, screaming those three letters—possibly with a colorful word thrown in for good measure—defiantly.