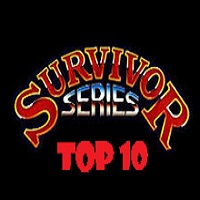 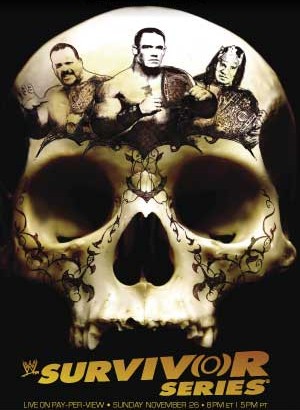 This time around, Batista gets his last chance at the World Heavyweight Title and Lita has one last match.

I’ll state right up front that I don’t believe there is much about this show that’s very special. It has it’s moments – at least a couple that will be touched on here – but for the most part it’s a classic example of a throw-away show and one of the reasons why Survivor Series has lost it’s appeal as one of the annual “Big Event” shows. And that’s with two title changes on the show.

The main event featured a match for the World Heavyweight Championship, as Booker T offered up one last shot at his title to Batista, who had surrendered the same belt at the Wachovia Center in January because of an injury. It was the third pay-per-view match between the two for the title and if Batista lost, he would not be eligible for another shot. It was a fairly pedestrian main event, with nothing special happening, even with Batista finally winning the title back.

The best part of this match, really, was Shawn Michaels at the start of the match. As Mike Knox was distracted by his “exhibitionist girlfriend” Kelly Kelly trying to show off her goods to Triple H, Michaels came up behind Knox and hit him with some sweet chin music for a quick pin. He got up and went to his teammates and had the following exchange:

He then had a great moment with Melina outside the ring. Considering that the Degeneration X team swept their opponents, there’s not much more to the match other than some fan favorite spots and a coming out party for a certain straight edge superstar (more on that later).

Are You Ready?: No, I said: ARE! YOU! READY! CM Punk was definitely ready for the big time, and being on a team with the Hardys, Shawn Michaels and Triple H completely legitimized him going into the Survivor Series. And then, Triple H let Punk do the first part of his catchphrase, giving the rabid Philly fans something they wanted to see. The WWE clearly knew they had something special with Punk. At the very least, the future COO probably saw it.

Ho’ Sale: Lita didn’t have a very good night. She declared Survivor Series to be her last match, and the Women’s Champion wanted to go out on top, much like Trish Stratus did earlier in the year. But things never work out as planned… Lita lost the belt to Mickie James and then… Cryme Tyme came out with stuff stolen from Lita’s locker room and started to sell them. Items included some Monistat yeast infection treatment, her underwear (which JBL tried to buy, as long as he got a sniff first) and a sex toy. Probably a segment WWE wouldn’t get away with now. Honestly, I’d leave, too, if I were Lita.

Make Him Bleed: When you think of classic Survivor Series opponents for The Undertaker, odds are Mr. Kennedy isn’t going to make most people’s lists. But he holds a victory over the Deadman at the event where he debuted in 1990. Sure, he needed some help from MVP, who blotted off blood Kennedy was coughing up and then smacked Undertaker over the head with a chair. The WWE must have been convinced Kennedy was going to be a sure thing, bona fide star. Too bad it didn’t work out that way.

Yet another static Top Ten this time around.

The boyhood dream… HAS COME TRUE! Shawn Michaels takes over sole possession of the top spot.