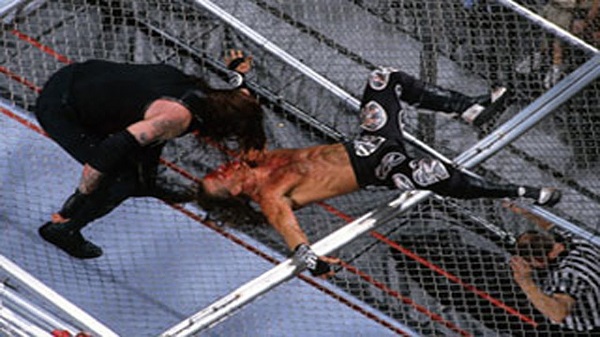 Someone’s list can always be up for debate, especially when it comes to our favorite worked sport. Not everyone’s tastes are the same. Some of us prefer New Japan, or Ring of Honor, or TN-BWAHAHAHAHAHAHAHAHAHA, I almost typed that last one with a straight face! My knowledge of wrestling, or sports entertainment for those of you born after 2000 (how the hell did you find your way here??), comes from our favorite North American companies: WWF/E, WCW and ECW. Also, I go with these because I can find them on the WWE Network and paste links in the article, which is a perfect visual aid source. None of that illegally uploaded stuff here, no sir! *ahem* Anyway, let’s go down October nostalgia lane and see my choices for the GREATEST MATCHES OF ALL TIME — in October. In no particular order. Based on the opinion of one guy. Which is up for debate. His selections, that is, not his gender. Note: I am a WWE Network subscriber, so I have included links to the match for those of you who also subscribe and want to watch along with me. 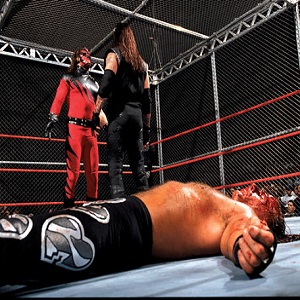 In one of the more perfectly executed angles of 1997, Shawn Michaels was the guest referee for a title match between the then champ Undertaker and Bret Hart at SummerSlam ’97. Michaels “inadvertently” nailed Undertaker with a chair, allowing Bret Hart to become WWF Champion, much to the chagrin of Hart’s rival Michaels. It was at that point that the Undertaker began to stalk Michaels seeking revenge. Michaels began to align himself with Hunter Hearst Helmsley, Rick Rude and Chyna, as he needed backup against this guy. This would eventually lead to the formation of the original incarnation of Degeneration-X. At the PPV Ground Zero: In Your House the month after in September, The Undertaker and Shawn Michaels would have a pretty good match that ended up in a schmozz, necessitating a return match. This time, however, they would be contained in a structure never before seen: Hell in a Cell. The result is without question the greatest HIAC match of all time, as well as probably the greatest match in October history. This match is also notable for the debut of Kane, who to this very day, eighteen years later is haunting the main event scene. 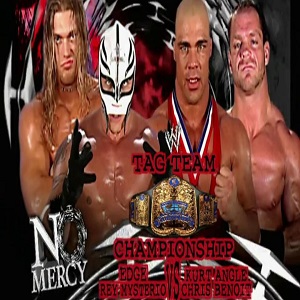 At the beginning of this milestone, enjoy yourself some Triple H vs. Kane in the culmination of the Katie Vick angle because for some really weird reason, the WWE Network does not find any results in a search for this match. With the brand split occurring in 2002, the World Tag Team Championship had become exclusive property to the RAW brand. So the Smackdown brand held a tournament to declare it’s own tag team champions, to be called the WWE Tag Team Championship. This tournament included such stalwart teams as Rikishi & Mark Henry, Billy Kidman & John Cena, Ron Simmons & D-Von, and Tajiri & Brock Lesnar. You read that correctly. However, Rey Mysterio & Edge defeated Simmons & D-Von in the semi-finals, while Benoit & Angle conquered  Los Guerreros. The tournament final occurred at No Mercy 2002 and without question stole the show. A match featuring beautiful, pure tag team wrestling was assured to be on my list of October’s best matches. 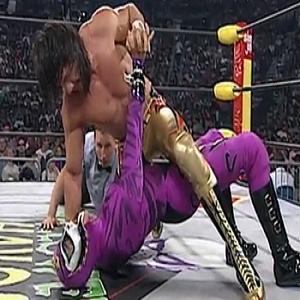 The WCW vs. nWo war had been the focal point for just over a year at this point. However, the cruiserweights were out to steal the show every time out. Here are two masters of their craft just going balls out. These two hardly settle down for a breather during the near 15-minute clinic they put on. Sleazy Eddy was the best version of Eddy and the added nuance of Eddy tearing away at Rey’s mask just made him all the sleazier. This match personifies a fast-paced, technical wizardry style that is rarely seen today. 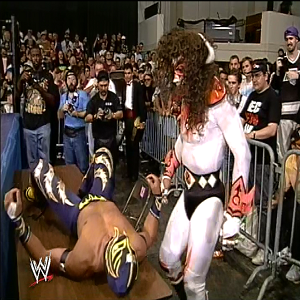 While WWF and WCW were boring the hell out of viewers in 1995, ECW was doing their best to put on something different. They were successful, in my opinion. In fact, they were so successful that WWF and WCW would begin bidding wars on some of ECW’s brighter young talent. This 2 out of 3 falls match is another example of the crisp, non-stop action of the luchadores that would become a staple of Monday night viewing soon after in WCW. This style of action had not been seen in the US very often, and ECW was the company that brought it to the table. This match remains a personal favorite of yours truly. 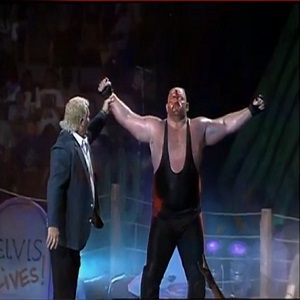 For those that are not familiar with the match type, the Texas Death match is a direct descendant of the Last Man Standing match. The object is to beat your opponent so damn silly, that they are not able to beat a 10 count. Who better to feature in this match than two of the craziest brawlers in the history of out great sport? Cactus Jack and then-WCW Champion Vader. Earlier in 1993, Vader had powerbombed Cactus into amnesia on a concrete floor during an episode of WCW Saturday Night. Cactus wound up living among the homeless in Cleveland, making friends with guys named Swamp and fixing broken bicycles. Then Cactus returns and says that he was just messing with Vader’s head the whole time. The Katie Vick angle made more sense. As wonky as that sounds the payoff to this angle…is another story. It was brutal. It was bloody. It was stiff. These two guys tore each other apart at Halloween Havoc ’93, and it almost….almost…makes you forget about Jack’s all night underground holistic bicycle repair shop. 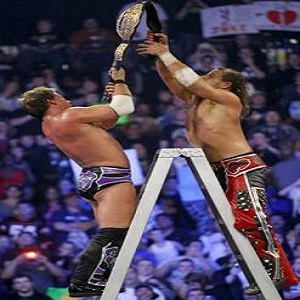 The hottest feud of 2008 culminated with this match. Earlier in 2008, Jericho had accused Shawn Michaels of faking a knee injury during a match with Batista in order to gain a surprise victory of “The Animal”. Michaels adamantly denied it and Jericho would continue to berate HBK with the accusation. It led to a heel turn for Jericho, who became the hottest guy in WWE at that point. At one point in this feud, Jericho would slam HBK into the obscenely expensive Jeritron 5000 on an edition of The Highlight Reel, injuring HBK’s eye and putting him out for several weeks. HBK came *this close* to announcing his retirement, at the behest of his wife Rebecca, but an in-ring altercation with Jericho saw HBK accidentally hit his own wife. Jericho would peak at Unforgiven 2008 by winning the World Heavyweight Championship in a Scramble Match. HBK returned and challenged Jericho to a ladder match for the title at No Mercy. This was probably the match of the year in 2008. You can just feel the hatred the two have for each other, and it gives the ladder spots that extra “OOMPH!”.

The InVasion angle. It truly was an exercise in frustration for fans because we wanted to see more. So much more could have been done with it,  but it was a wasted opportunity. However, it did provide us with this match. Two WWF guys facing off for WCW’s top title. That pretty much says it all about that angle. A weird dynamic here as Jericho was the babyface who was trying to get the heat, while the crowd wanted to boo The Rock. Stephanie McMahon gets involved, but don’t let that deter you from enjoying this match. This match is probably Jericho’s peak in the WWF before his 2008 heel run. 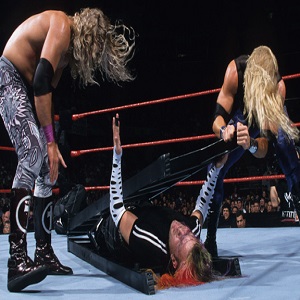 This is the match that put these two teams on the map. We really had not seen a tag team ladder match prior to this, and this was the template for the future TLC matches these teams would have along with The Dudley Boyz. This was the final round of the Terri Invitational Tournament (get it?), where the winners would receive a bag of cash and the managerial services of Terri. The Hardys were members of The Brood along with Gangrel at this point, while Edge and Christian were recently separated from Gangrel and starting their road to tag team excellence. The spots in the later TLC matches would be more innovative, but they built off spots seen in this match. Where Razor Ramon/Shawn Michaels at Wrestlemania X set the template others would later perfect, this match started all the craziness for the tag team side of things.

So there you have it; my list of all time great matches that took place in October. Up for debate, for sure, but there is no denying that any of these matches are not just memorable in the month they took place in, but memorable period.