Welcome to November in our world. In the past, this month brought us PPV titles as Starrcade, World War 3, Mayhem, and November 2 Remember and for the past 28 years has brought us Survivor Series. We have borne witness to some great matches during this time of the year, and this is when we revisit them. As always, we’re going to go with matches that can be seen on the WWE Network, because anything else…..would be illegal.

Harley Race had defeated Flair for the title earlier in the 1983, and this was their rematch. Race had offered a $25,000 bounty to anyone who could put Flair out of wrestling. So in August, Bob Orton and Dick Slater attacked Flair with a spike piledriver in an attempt to collect the bounty and end Flair’s career. Flair suffered a neck injury and then subsequently announced his retirement from wrestling. However, a few weeks later, Flair returned, along with a baseball bat, seeking revenge on Orton and Slater. This all culminated in the rematch with Race at the very first Starrcade. 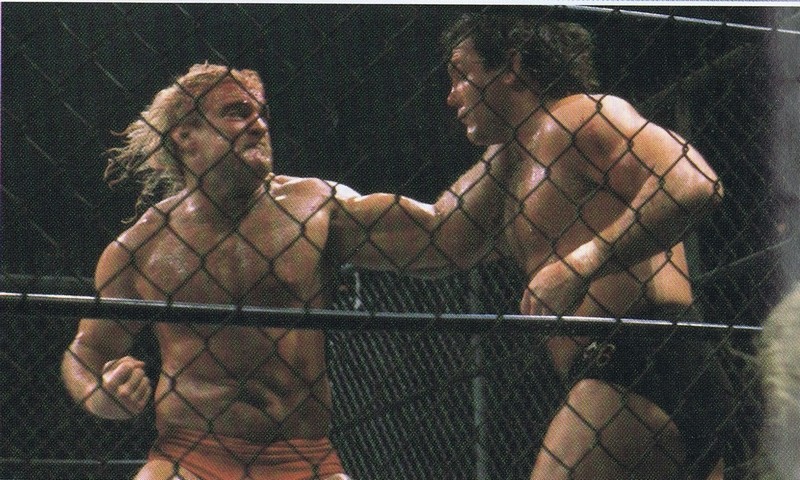 Hey everybody, I think these two guys hated each other. There really isn’t much more to it than that. Magnum and Tully were feuding over the U.S. title, with Tully having beaten Magnum for it several months before this match at Starrcade ’85. Tully was also a roadblock to Magnum’s quest for Ric Flair’s World Heavyweight Championship. If you haven’t seen this before, watch and just witness what a blood feud is really like. I mean, the babyface in this match actually resorts to threatening to gouge out the heel’s eye! 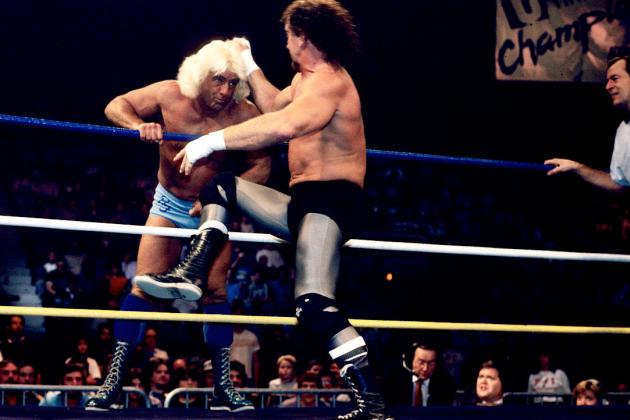 The final match in the amazing Flair-Steamboat 1989 trilogy occurred at WrestleWar ’89. Terry Funk was one of the assigned judges to that match, in case the match ran the time limit. Flair won, regaining the World Heavyweight Championship from Steamboat. After the match, Funk politely requested a title shot and Flair shut him down. Funk didn’t take the rejection very well, attacking Flair savagely. He gave Flair a piledriver on a ringside table, injuring Flair’s neck and forcing him to contemplate retirement (again). Obviously, Flair opted to kick Funk’s ass instead, in a feud that also reeled in Sting and The Great Muta. This would be the conclusion of one of the craziest wars of 1989.

RICKY STEAMBOAT & DUSTIN RHODES VS. THE ENFORCERS – CLASH OF THE CHAMPIONS XVII – NOVEMBER 19, 1991 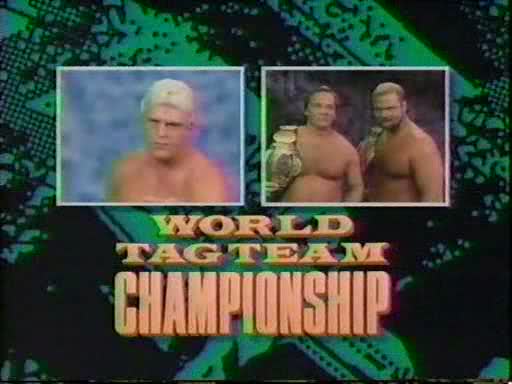 Dustin Rhodes is pictured alone in this graphic because his original partner, Barry Windham, was injured. Dustin claimed he had a mystery partner to challenge The Enforcers for the WCW World Tag Team Championship. Lo and behold, it was Ricky “The Dragon” Steamboat in a HUGE surprise at the time. Steamboat had been toiling in the undercard for the WWF in fire-breathing Dragon gimmick that was going nowhere. He split for WCW and shocked The Enforcers out of the tag team titles. 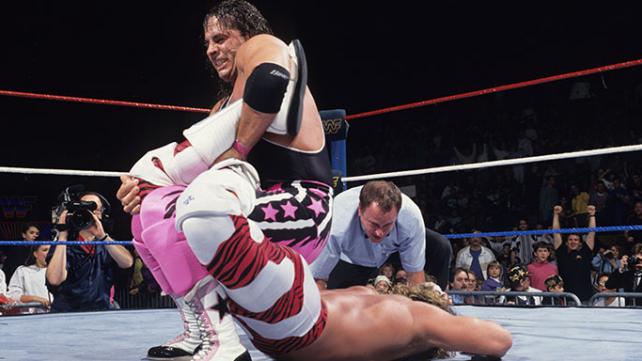 We all know the history between these two. This was during a time when their really wasn’t any real-life bad blood between them. Shawn Michaels was fresh from winning the Intercontinental title from The British Bulldog, so he had some momentum going into this match. Bret Hart had won the WWF Championship in some strange magical land called Saskatoon just a month prior. So both of these men had just been elevated to a new level on the card. This match stole the show. A near 30-minute classic. 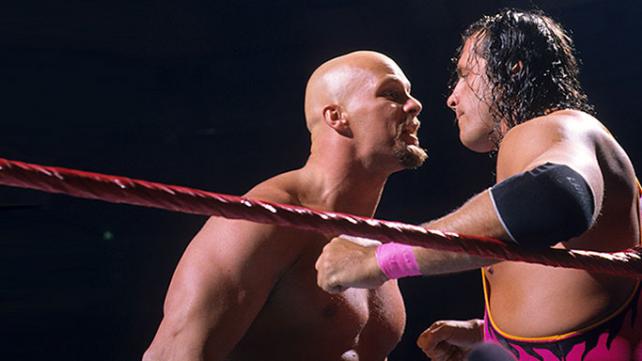 “Stone Cold” Steve Austin was rapidly shooting up the ladder while also shooting off his mouth. He had been calling out Bret Hart for months, while Hart was contemplating whether or not to return to the WWF after his title loss to Shawn Michaels at WrestleMania XII. Needless to say, Hart did return and gave Austin the chance to back up his tough talk at Survivor Series ’96. There were some stakes to this match, however. The winner was promised a title shot. 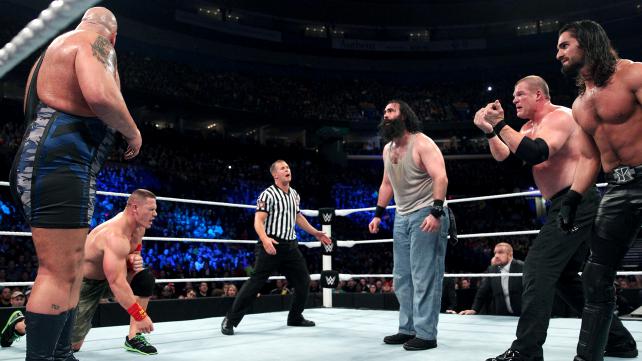 Stakes were high for this one. If Team Cena lost, they would all lose their jobs. If Team Authority lost, Triple H and Steph would promise to disappear forever. Forever lasted three weeks. Regardless of that fact, this was still an awesome match. John Cena, Dolph Ziggler, Ryback, The Big Show & Erick Rowan taking on Seth Rollins, Kane, Mark Henry,Rusev & Luke Harper. Not only was it a great match, but there was a tide-turning appearance made by a certain vigilante.

These are just a few of the great matches November has unleashed upon us. There may be some missing from this list, but that doesn’t mean they were any less great. These are the ones that stand out in my memory bank. You may have added Bret Hart vs. Diesel at Survivor Series ’95 or Team WWF vs. The Alliance from Survivor Series 2001. What about The Rock ‘N Roll Express vs. Ole & Arn Anderson at Starrcade ’86? Consider these honorable mentions.

Also, let me take a few moments to plug my own blog, which does not contain wrestling unless I’m watching Body Slam: The Movie or No Holds Barred. It’s b-moviememories.com. It contains reviews of some awesomely bad movies and celebrates VHS cover art. You can also follow it on Twitter: @bmoviememories. Finally, there’s a Facebook page at facebook.com/bmoviememories. “One man’s trash is another man’s treasure.”