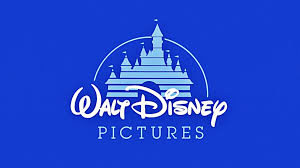 There is an old saying that you hear often especially in recent years which is “Disney rules the World”, obviously the expression is said in jest and as a joke when you hear the various things about Disney. However when you actually stop and take a step back to see what Disney has done in their history, there might actually be a bit of a point in that sentiment given that they’ve gone from being a simple animation studio to a global powerhouse. Who would’ve ever guessed that when Walt Disney was drawing the first designs of Mickey Mouse that what started out as a simple vision would grow into what it has become today. From its various acquisitions over the last few years including Marvel Studios, Star Wars, Pixar, and most recently 20th Century Fox, to the continuing growth of its various theme parks around the world, there is no question that Disney is arguably the hottest commodity in the world today. But let’s not forget the fact that the backbone of Disney’s empire has been and always will be its animation studios, beginning with making cartoons and animated shorts featuring some iconic characters. Then in 1934, Disney would unveil his magnum opus which was the first full-length animated film which was a major gamble at the time especially with the Great Depression in full swing. But by some stroke of luck, Disney was successful and the company would grow over the decades which recently culminated just a few days ago with the launch of their streaming service Disney+. Now literally right at our fingertips is access to the bulk of Disney’s library including films, TV shows, documentaries, and other various items with a lot more to come in the future.

In the spirit of this new streaming service, I thought it would be cool to go back and watch Disney’s entire animated film library starting from the very beginning and going through every film. In addition, I will do a review of the films highlighting various aspects of the film and at the very end, I will together a series of lists ranking various topics including villains, princesses, songs, and the coup de grace of it all, ranking the films in order. Obviously this is going to be a very extensive project with such a massive library to comb through, so I had to come up with some guidelines as to what films will be included:

1. The film had to be made by Disney Animations, so therefore no Pixar films will be included (that could be a whole other project in of itself).

2. The film has to be a full animated film which means that animated/live action hybrids (i.e. Mary Poppins, Pete’s Dragon, Enchanted, etc.) will not be included.

3. The film had to be released under the Walt Disney Pictures banner and not a subsidiary such as Touchstone Pictures, so therefore films like the Nightmare Before Christmas will not be included.

4. This list will only feature the animated films and not the live action remakes, and those remakes will not be taken into account when reviewing the films.

5. The film had to have been in released in theaters, so any film that was intended as a straight-to-video or DVD release or made for TV will not be included.

So taking these into account, I will be watching a grand total of 57 films starting with Snow White and the Seven Dwarves and ending with the most recent release which is Ralph Breaks the Internet (not counting Frozen II which will be released on November 22nd). This is no doubt going to be one of the intense and exhausting project I have ever done, but I am extremely excited about it. For me, the Disney films fall into 3 categories for me, the first one being the films that I have never seen which is quite a few, the second being films that I have seen rarely or sporadically, and finally there are the films that are among my personal favorites. However, I will not let my personal bias to those films affect my reviews and I will look at all of these films with a fresh and clean slate. I am anxious to see what films I enjoy the most and what films end up either meeting my expectations or perhaps end up being slightly disappointing. In conclusion, join me at 5:00PM every Friday afternoon as I take a look at the film canon of the biggest company in the world today in what I like to call: