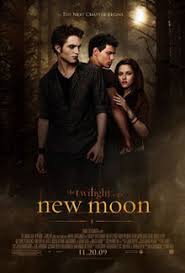 November Winners: The Twilight Saga: New Moon, the Blind Side, and Precious: Based on the Novel “Push” by Sapphire

As we head into the penultimate month of 2009, the fall of 2009 has been somewhat decent coming off a pretty solid summer and this month had to deliver given how anticipated the month of December was going to be. There were a few major releases coming out this month that had a lot of eyes on them and it would be interesting to see which ones would succeed and what would end up falling flat even with the holidays coming up. The first film from this month that makes it into this category is the second film in the Twilight saga which is New Moon, a film that sees Bella struggle to come to terms with her relationship with Edward while forming a friendship with shape-shifter Jacob. Following the success of the first film the previous year, you knew this franchise was going to continue and the sequel completely destroyed what the first film managed to do making almost $300 million and ensuring the franchise would continue on. The next film from this month that makes it into this category is the sports drama the Blind Side, based on the biography of the same name of football player Michael Oher and his troubled life before being discovered by the Tuohy family. Positioned as perfect counterprogramming to New Moon, the film would go on to have tremendous success with $255 million which I don’t think anyone could’ve expected and we will delve further into that later in the recap. The third and final film from this month that makes it into this category is the drama Precious, based on the novel “Push” which sees a young woman struggle with her pregnancy while suffering abuse from her mother. The film would receive positive reviews from critics and would have a solid run in theaters despite barely hitting over 1,000 theaters, and it would make a good amount of money and finished well ahead of a few other films that were in far more theaters. While there were only three films that ended up being included in this category, the first two did more than enough to carry the month and make it a fairly successful month.

Going into the month of November, a lot of focus was starting to shift over to December and in particular one film that had a lot of question marks going in as to whether it would succeed or not. But before we get to that month, we have to get through the month of November which also had a few films that were pretty anticipated and it would be interesting to see how they would do. The one film that did have plenty of eyes on it was New Moon mainly due to the success of the first Twilight film the previous year, and usually the sequel would either build off the success of the previous film or possibly finish lower than the previous film. In this case, it was the former for New Moon as it completely crushed what Twilight did and finished with about $100 million more than what the first Twilight ended up doing. Even though the film received negative reviews from critics who considered it one of the worst of the year, the fanbase was obviously large enough that it wouldn’t matter and it was clear this franchise was set to take over for Harry Potter which was nearing the end of its run. Following the success of this film, you knew it would only be a matter of time that the next novel in the series Eclipse would come out though it would break the pattern of being released in November which we will see if that affects it in any way. But back to the month of November 2009, there is no question that New Moon was the big winner of the month and one of the big successes for the year of 2009.

Overachiever of November 2009: The Blind Side

Going into the weekend before Thanksgiving, all eyes were on New Moon as that was the one expected to make the most money which it ended up doing, but coming out that same time was the Blind Side. Considering it was going up against New Moon, it had the potential to either be good counterprogramming to that film or it was going to get swallowed up by it though the latter seemed somewhat unlikely given the Thanksgiving weekend coming up and that we were in the middle of the NFL season. Coupled with the mixed reviews from critics and there was some uncertainty behind whether the film would do well, but it would end up striking a cord with audiences and it would go on to have a very successful run. It would even sneak its way to the top spot in the box office in its third weekend in theaters and it would end up being one of the most successful sports movies in history, and as a result of this there is no question that the Blind Side is more than worthy of being named the overachiever of the month.

Underachiever of November 2009: A Christmas Carol

When we get into the months of November and December, it is usually customary that we see at least one Christmas movie come out whether it be a minor film or very occasionally a major blockbuster. In this case, we have the latest adaptation of the classic Charles Dickens novel A Christmas Carol by Disney who had done two previous adaptations of the novel prior to this. It was also the second Christmas film to be done by Robert Zemeckis who had previous success with the Polar Express and he would try to strike lightning twice by filming A Christmas Carol the same way. Add into the fact that it would be released at the beginning of the month and you figured that it would make a decent amount of money going into Thanksgiving, but unfortunately it did not pan out that way as it opened with a very small amount though it did debut at number one. While the film would end up making a decent amount of money and finished in the top 5 with almost $138 million, it was certainly a disappointment given some of the hype going in and as a result it is deserving of being the underachiever of the month.

November 2009 Awards Watch: The Twilight Saga: New Moon, the Blind Side, Old Dogs, Precious: Based on the Novel “Push” by Sapphire, and Fantastic Mr. Fox

So overall, the month of November 2009 ended up being a pretty solid month thanks to a couple of big films doing very well that they made up for the rest of the films not doing as well. As mentioned, this month has a bit of an advantage in having Thanksgiving weekend included so with school being out that weekend, that could give some films an extra bump to help make it some extra money. Compared to 2008, this month was a lot more successful with four films making over $100 million and two made well over $200 million, and the fall of 2009 has been slightly better than what the fall of 2008 has been to this point. The year of 2009 has been pretty successful for the most part aside from a few moments and as we head into the final month of the year, we will see if they can end on a high note or end on a downer. As for the month of November 2009, it was a pretty good month and serves as a good push going into December.