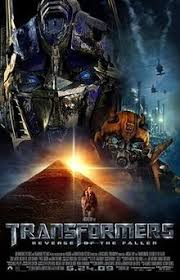 June Winners: Transformers: Revenge of the Fallen, the Hangover, and the Proposal

We now officially kick of the summer of 2009 with the month of June, and coming off a pretty successful May the year had some solid momentum going into June and the slate of films for this month seemed to be a wide range of films mainly focusing on adults. With some big films coming out at the end of May looking to keep building their gains into June, it was going to be interesting to see how the slate of films from this month would do in terms of success or failure. That said, we did have a few films that made it into this category with the first being the action film Transformers: Revenge of the Fallen, the sequel to Transformers where the war between the Autobots and Decepticons continues with Sam Witwicky caught in the middle as the ancient Decepticon the Fallen looks to harvest energy from the sun. Coming off the success of the first film from two years ago, it was smart to strike while the iron was hot and despite the mixed reviews from critics who deemed this film inferior to the first, the film would be a huge success and finished well ahead of the first film which also meant the franchise was sure to continue. The next film from this month that makes it into this category is the comedy the Hangover, a film about a group of friends who can’t remember anything from their bachelor party in Las Vegas and they try to piece the night together while trying to find their friend. With a unique premise and a prime spot at the beginning of the month, the film would earn positive reviews from critics and managed to debut at number one in its opening weekend just barely edging out Up. It would go onto have a very lucrative run despite other comedies coming out during the month and it would set up the beginning of one of the most unlikeliest franchises in history. The third and final film from this month that makes it into this category is another comedy and that is the Proposal, a film about an executive who forces her assistant to pretend to be her fiancé to prevent her from being deported. Unlike the Hangover, this film received less favorable reviews from critics though they praised the chemistry between Sandra Bullock and Ryan Reynolds, and it would still debut at number one in its opening weekend and went to have a fairly successful run by finishing in the top 3 for the month. So while it was a bit disappointing to only see 3 films from this month make it into this category, the three films did very well that they alone were able to carry the month of June to a sustainable level.

June Losers: The Taking of Pelham 1 2 3, Land of the Lost, and Imagine That

Now while there were a few films from this month that did very well and got into the winners category, there were a couple of films that did not do as well and ended up being included in this category. There were a few films from this month that didn’t make a lot of money, but they were in a position where they could at times though the films included as the losers were in a position to do somewhat well and they didn’t. The first film from this month that makes it into this category is the action thriller the Taking of Pelham 123, a remake of the 1974 film of the same name about a train dispatcher who must negotiate with a criminal who takes possession of a subway car. Despite having some solid star power involved, the film would end up receiving mixed reviews from critics who deemed it not up to the level of the original 1974 film, and after a soft opening weekend it would fall rather quickly and ended up being forgotten amongst the mass audience. The next film from this month that makes it into this category is the adventure comedy Land of the Lost, based on the TV show of the same name where a paleontologist, his assistant, and a survivalist travel through a space-time vortex and appear in an alternate reality. Despite some decent hype going into its opening weekend, the film would receive negative reviews from critics and wound up bombing in the box office, particularly against fellow film the Hangover which performed far better despite not having as much hype behind it. It would quickly fall off in the coming weeks and ended up being one of the bigger bombs of the year. The third and final film from this month that makes it into this category is the comedy Imagine That, a film about a workaholic and his daughter as her imagination would help lead to his success. Much like Eddie Murphy’s last failed film Meet Dave one year ago, he once again heads up what ends up being a failure as this film also received negative reviews from critics though they weren’t as harsh towards this film as they were to Meet Dave. However, the end result ended up being the same as the film would become a flop and was another loss in a string of recent disappointments for the once profitable Murphy. There was no doubt that this trio of films were major disappointments and were unable to help prop the month of June up, but thankfully the winners of the month were successful enough to try and overcome these losers.

We go back to July 2007 when the first Transformers movie came out and there was a lot of question as to whether that film would succeed or end up falling flat on its face, and in the end the film wound up being very successful as a solid summer blockbuster which meant that the franchise was going to continue. Flash forward now to June 2009 and we have the release of the second film Revenge of the Fallen, and once again it proves to be a tremendous success by making just over $400 million which tops the first one by a significant margin. Even though it came out at the end of the month, it was able to once again utilize the 4th of July holiday period to rake in a bunch of money and as a result, it was able to easily take the top spot for the month by a great margin. Even though the month was mainly controlled by the Hangover and the Proposal which both did very well, neither was able to compete with Transformers on a grand scale and once again it was pretty clear that the Transformers franchise was going to continue on as a third film most certainly had to be in the works by this point.

Overachiever of June 2009: The Hangover

In what seems to be a recurring trend for this year, we have another clear cut choice to be named the overachiever of the month. Going in, there were a couple of films that had some question as to what film could potentially break out and have a great run, and in the end the film that does just that is the Hangover. No doubt this was an interesting film given its plot of a group of friends who can’t remember what they did during their bachelor party in Vegas, and in addition the four main stars of the film had not really established themselves as major leads. Plus coming out the same weekend as Land of the Lost which had a bit more hype behind it and there were questions as to how this film would end up doing, but at the end of the day the Hangover proved to be the more successful film as it debuted at number one in its opening weekend. It would continue to play well over the month even against other big comedies and finished with an amazing $277 million which was way more than I think anyone ever expected, and because of that the Hangover is more than deserving to be the overachiever of the month and we will see if this spawns into something bigger for a potential Hangover franchise.

Underachiever of June 2009: The Hurt Locker

Now unlike the overachiever of the month which seems to be getting to become the easiest choice to make in these recaps, choosing an underachiever of the month is slowly becoming much more difficult in certain months. Looking at the films from this month, there were a few that did seem to have solid expectations though they didn’t deliver on them, but at the same time those expectations were not high enough to be included in this category. As a result, the film that receives this award is a pretty surprising one and that is the war film the Hurt Locker, a film about a EOD team who serve in the Iraqi War and the conflict between the newly installed Sergeant and his squad. The film had a lot of buzz behind it when it first came out in 2008 at various film festivals around the world, and by the time of its release this month there was plenty of solid hype going into it. The film would receive critical acclaim from critics who considered it one of the best films of the year, and as we will see in the next category it would go on and be one of the top dogs in awards season. However, the reason it is named the underachiever is because I feel like it never reached it maximum potential and part of the reason is because it peaked at showing in only 535 theaters. As a result, there was no way that the mainstream public even with word-of-mouth was going to help prop the film up to bigger heights, so it wounds up being named the underachiever of the month simply based on the prospect of what it could’ve been.

June 2009 Awards Watch: Transformers: Revenge of the Fallen, the Hangover, the Proposal, Land of the Lost, the Hurt Locker, and Imagine That

Overall, the month of June 2009 ended up being a pretty interesting month that saw some films success, but at the same time some films did fairly miserably and kept the month from reaching the heights it could’ve. It was pretty clear that the top 3 films from this month carried the majority of the month, but everything underneath did not do enough to help those 3 films out and many of them ended up being some of the worst bombs of the year. Compared to June of 2008 where that month had a lot more successes, this June was a bit of a step down which was fairly disappointing considering how well the month of May did. Now it wasn’t enough to completely bring down what 2009 had done to this point and with what was to come for the rest of the summer, it was going to be interesting to see how the rest of the summer would play out. As for the month of June 2009, it was a fairly successful month though it wasn’t up to what it could’ve been and it does end up feeling like a bit of a disappointment.