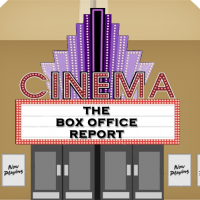 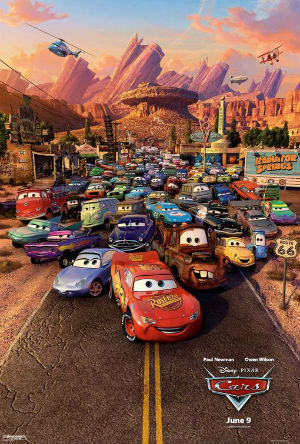 After the month of May got the year of 2006 back on track, the upward tick continues here into June. Prior to this month, we had a total of five movies make over $100 million at the box office and now this month has doubled the number for the year of 2006. With such a successful month like this, there are bound to be a number of films that come out as the big winners. The first big winner of the month is the Pixar film Cars, the first film released by Pixar in two years. Despite not being one of Pixar’s best reviewed films, it still followed the same pattern of previous Pixar films and ended with well over $200 million. It helped that it was the first major family film released for the summer not counting Over the Hedge which did well for the month of May. The next winner for the month of June is the comedy Click and this was another great example of being in the right place at the right time. It was also during the period when Adam Sandler was still a viable actor and he was reaching his peak of films, and it ended up being one of the most successful comedies for the year. The third film of the month that finished very strong was the other big comedy of the month, the Devil Wears Prada which came out on the last day of the year. It was well received by critics which we will delve further into later in this column, and it became one of the surprise hits of the summer and the year. Continuing on the comedy train is the film the Break-Up which was the first major comedy release since Scary Movie 4 in April. This was another case of right place, right time and even though it finished slightly behind Click despite coming out first, it still did very well despite mixed reviews from critics. The comedy train continues to roll along for the month of June as the next winner is Nacho Libre, though it was not nearly as successful as the previous 3 films. This was an interesting case as it was supposed to be released in May, but was moved to here and I think it suffered because of it though it did end up making a solid amount of money. The final winner of the month is the lone horror film of the month released, the Omen which was released strategically on June 6th so it could coincide with the number of the Beast which is 666. While on the surface it looks like this film crumbled under the weight of the other films, it did end up being successful for a low budget horror film that served as counterprogramming for the rest of the month.

June Losers: Superman Returns, the Fast and the Furious: Tokyo Drift, and Garfield: A Tail of Two Kitties

In a month that had plenty of successes, it was interesting to see how many films this month would be considered a loser given all things considered. The first loser of the month is the long-awaited Superman Returns, the first film featuring the Man of Steel since 1987 and obviously the first not to feature Christopher Reeve. Despite the positive reviews from critics and finishing with just over $200 million, overall it felt like this should’ve done so much more and ended up being a disappointment as I will delve further into in just a bit. The next loser of the month is a series that won’t be included in this category going forward, but that is the third installment of the Fast and Furious franchise in Tokyo Drift. When it comes to franchises, there is always that one film that many fans like to say it is the unwanted film in the franchise and in the case of Fast and Furious, this was that film as it was not well like by critics and grossed the least of its predecessors. But as mentioned, this will more than likely be the only time this franchise has a film that’s a loser and it something I want to track going forward with the future films. The last real loser of the month is the other big family film of the month which is Garfield: A Tale of Two Kitties. Much like its predecessor from two years ago, it was poorly reviewed by critics though unlike its predecessor, it was crushed under the weight of Cars and performed very poorly compared to that film.

One common theme that we will see going forward from here is that the month of June will be dominated by a Pixar film. While some Pixar films will also be released in May and occasionally in another month, June will become the primary home of new Pixar films. Not only will it become a home for new films, it was more often than not be the top film of the month as we see here with Cars. As mentioned, this film was one of the weaker reviewed films from Pixar though it would become a big hit with families and became a big film for the summer of 2006. Considering that the summer of 2006 won’t have many more family films come out, Cars would be the go-to film for families which ended up lead it to nearly $250 million.

Going into the last weekend of the month, all of the focus was on Superman Returns and if that could end up delivering a big weekend. By the end of the weekend, the big story ended up being the unexpected success of the Devil Wears Prada. As mentioned earlier in this recap, the film was well reviewed by critics much like the novel it’s based off of and it also ended up becoming a strong awards contender which will be further delved into later. The film ended up becoming perfect counter-programming to other major blockbusters of the month, and the end result was that it became one of the surprise hits of the year. This would become a common theme over the years where certain films have unexpected successes by serving as counter-programming to other films and this was a prime example of that.

As mentioned in the previous category, the final weekend of June saw most of the eyes on Superman Returns and whether it could bring Superman back to his former glory much like Batman Begins did the previous year. But unlike the Devil Wears Prada which ended up being a big success, the same could not be said for Superman Returns. The reviews from critics were pretty positive, but the paying audience were not as impressed and it showed in the end results. Granted to finish with just over $200 million is nothing to sneeze at, there was a feeling that it should’ve done so much more and in the end it certainly underperformed. One might say this is what led to us not seeing another Superman film until Man of Steel in 2013, and we will see when we get to that point if that film can do what this film ultimately could not do.

As mentioned in the May recap, it is around this time that awards season usually kicks off as some films that end up becoming heavy favorites are released around this time. After the last few months had only a handful of movies that earned award nods, this month has to date the most with five movies. The first on the list is Cars as it would be the first in a long line of Pixar movies to be an awards contender, as it was nominated for two Academy Awards (Best Animated Feature and Best Song) and one Golden Globe nomination (Best Animated Film) though it would not win any which would be rare for a Pixar film. The next film on the list is Superman Returns as it would get one Academy Award nod (Best Visual Effects) though it would not win as well. The next film on the list is the comedy Click as it was nominated for one Academy Award (Best Makeup) though it also would lose as so far the nominated films are striking out. But that stops with our next film which is the Devil Wears Prada as it would be nominated for two Academy Awards (Best Actress and Best Costume Design) though it would not win either. However, it would end up winning one Golden Globe Award (Best Actress – Musical or Comedy) while also being nominated for two others (Best Picture – Musical or Comedy and Best Supporting Actress – Musical or Comedy). The final film from this month to get award nods is Garfield: A Tail of Two Kitties which would be nominated for two Golden Raspberry Awards (Worst Sequel or Prequel and Worst Excuse for Family Entertainment) though it would end up losing in both categories.

Overall, the month of June for 2006 ended up being exactly what the year needed in terms of the box office. After a pretty slow start at the beginning of the year and going into the spring, the summer has helped the box office rebound with a solid May and a great June. We had several films break through with monster numbers and while we did have a few duds, there were far more successes to make the month successful as a whole. Going into the month as I had mentioned, we only had 5 films come out this year and make over $100 million and now thanks to the month of June, that number has now doubled to 10. We are now halfway through the year 2006 and while the year has had its fair share of hits, it also has had plenty of misses and more than enough that ended up down the middle. As we head into the second half of the year, we will see if any films can breakout and stake its claim to becoming the most successful film of the year. As for the month of June, it ended up being a pretty successful month for the year of 2006 and right now is the month to beat for the remaining months of the year.