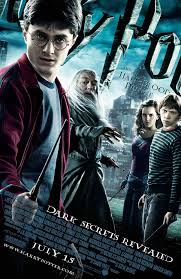 Top 10 Films for the Month of July:

July Winners: Harry Potter and the Half-Blood Prince, Ice Age: Dawn of the Dinosaurs, The Ugly Truth, and Orphan

We are now halfway through the year of 2009 and it has been a pretty solid year thus far in terms of successes, and as we head into the month of July it was going to be interesting to see how this slate of films end up doing. There were two films that had some pretty high expectations going in and the rest of the films were a bit of wildcards, and ultimately we did have four films from this month that end up doing well and are named the winners of the month. The first film from this month that makes it into this category is the 6th installment in the Harry Potter series and that is the Half-Blood Prince, a film which sees Harry and his friends enter their 6th year while preparing for the final battle against Lord Voldemort. Much like the previous installments, this film would receive positive reviews from critics and would end up finishing at the top of the month with just over $300 million which we will delve into in a little bit. The next film from this month that makes it into this category is the animated film Ice Age: Dawn of the Dinosaurs, the third installment in the franchise which sees Sid the Sloth being taken by a T-Rex and his friends follow him to a tropical world inhabited by dinosaurs. The film would end up receiving mixed reviews from critics who considered it more of the same when compared to its predecessors, but it was very successful as it would finish ahead of its predecessors which we will again delve more into later in the recap. The third film from this month that makes it into this category is the comedy film the Ugly Truth, a film about an uptight TV producer who takes control of a modern relationship segment on TV with a misogynistic man. The film would receive negative reviews from critics who felt the film was a low rent chick flick, but the mainstream audience seemed to disagree as the film would finish at close to $89 million and landed in the top 10 for the month. The fourth and final film from this month that makes it into this category is the horror film Orphan, a film about a couple who adopt a girl and things take a horrifying turn when they bring her home. The film would receive mixed reviews from critics who felt it didn’t take advantage of its potential and was too formulaic, but with a lack of horror films out at this time it was in a good position and finished with a decent amount of money. While nothing from this month really stood out aside from Harry Potter, these films did just enough to help prop the month up though it was a step down from the previous July.

As I had mentioned in the previous category, there were several films coming out this month that had some decent expectations though there were some films that many weren’t sure about how they would do. While we did have a solid number of winners this month, we only had two films from this month that ended up making it into this category which was one more than the previous July. The first film from this month that makes it into this category is the family comedy G-Force, a film about a group of highly trained guinea pigs who are tasked with stopping a billionaire from taking over the world. The film would receive negative reviews from critics and despite debuting at number one in its opening weekend, the film would end up falling off quickly even with the lack of family films going into August and it would be a disappointing outing for Disney. The other film from this month that makes it into this category is the dark comedy Funny People, a film about a comedian who is diagnosed with a terminal illness and tries to make amends with his loved ones while also mentoring another comedian. The film would receive mixed to positive reviews from critics and also debuted at number one in its opening weekend, but it would ultimately fail to find a foothold and ended up being a bit of a failure. While these two films were not bad enough to completely pull the month down with them, they were still two of the bigger disappointments of the year though clearly there were bigger ones earlier in the year and more to come later in the year.

As we have seen throughout the course of this decade, the Harry Potter franchise has been one of the most successful franchises in recent history and after the release of the final book two years ago, everyone knew that the franchise’s end was forthcoming. Now two years after the release of the 5th movie in the franchise, we have the release of the 6th film with the Half-Blood Prince which would’ve been the penultimate film until it was announced the last film would be split into two parts. As mentioned earlier, the film would receive positive reviews from critics and easily debuted at number one in its opening weekend, and at the end of its run it would finish just behind the Sorcerer’s Stone in terms of money made. By this point, it was also becoming clear that everyone was waiting for the final two films though it can’t be discounted how successful this film was, and in the end no other film from the month of July came close to overcoming it and it easily takes the top spot for the month of July.

Overachiever of July 2009: Ice Age: Dawn of the Dinosaurs

This is one of the few times where trying to choose an overachiever of the month was a bit of a challenge because nothing stood out like the Hangover last month, and the top film of the month in Harry Potter was expected to do well and it did. This may be a bit of a strange choice to make, but in the end I wound up choosing Ice Age: Dawn of the Dinosaurs as the overachiever of the month. This was the first Ice Age film to be released over the summer instead of in March like the previous two films, and it had been three years since the last Ice Age came out so there was enough of a grace period that there was still interest in the franchise. Plus after the second film finished ahead of the first one in terms of money made, there was no question that a third film would be made and this film also had a slight edge in that Up was starting to slow down after a hot start and there weren’t many other family films out at the time. So while the film did not debut at number one in its opening weekend though it was very close, it would go on to have a successful run and barely surpassed the second film as the highest grossing film in the franchise which meant that perhaps there was more to come from this franchise.

Back in November of 2006, the world was introduced to Borat which was one of the characters created by Sacha Baron Cohen, and the film would go on to have one of the more successful runs of that year and put Cohen on the map. So now here in July of 2009, Cohen tries to recapture that same magic by releasing a mockumentary featuring his other character Bruno, a gay Austrian fashion journalist who heads to America to become famous. The film would debut at number one in its opening weekend and also happened to debut with a higher amount than Borat, but unfortunately the film would not have the legs that Borat had when it came out. It also didn’t help that Borat became a cultural phenomenon when it came out in 2006 and a lot of that had already dissipated by this point, and Cohen’s Bruno character was not nearly as popular has Borat and would fall fairly quickly despite a prime summer spot. As a result while Borat easily deserved its title of overachiever for the month of November 2006, Bruno takes the dubious distinction of being named the underachiever for the month of July 2009.

So overall, the month of July 2009 ended up being a pretty solid month though it was a slight step down from the previous two months as well as being not even close to what July 2008 was. Granted, July 2008 was heavily lifted up by the Dark Knight which ended up being one of the top films of the year, and while Harry Potter and the Half-Blood Prince did very well it wasn’t even close to what the Dark Knight ended up doing. While the rest of the films from this month were about on par with the films from last July, it wasn’t enough to prop this July up to that level and it ended up being one of the weaker Julys from the last few years. 2009 has been a pretty solid year to this point as the year started strong and it kept that pace throughout the spring, and the summer started well in May and continued through June though we do hit a bit of a bump here with July and we will see how things play out towards the end of the year. As for the month of July 2009, it was a solid month though it doesn’t quite hold up during one of the best summers of the last few years.