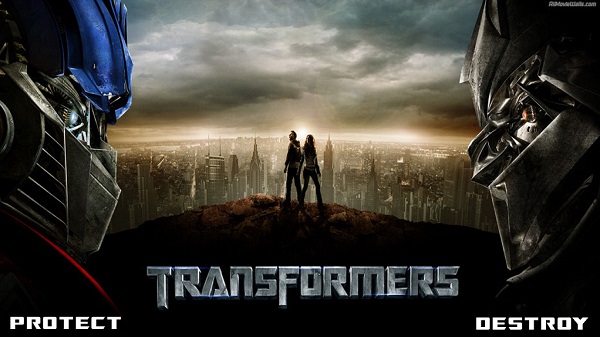 July Winners: Transformers, Harry Potter and the Order of the Phoenix, The Simpsons Movie, I Now Pronounce You Chuck and Larry, and Hairspray

So after June 2007 helped rejuvenate the box office figures after a somewhat tepid spring, the trend continues here with July 2007. We look back to last year where Dead Men’s Chest dominated the entire month and the rest of the films released were left to pick up the scraps, and now one year later things feel very more balanced as several films released this month did very well and made this month very successful. The first film released this month to be considered a winner is the action sci-fi film Transformers, based off the popular series of toys where the war between the Autobots and Decepticons comes to Earth. The film was passible enough for critics and most of the public found it fun having grown up on the toys, and the fact that it finished at the top for the month of July would help make it a profitable franchise which will be discussed in future years. The next film released this month to be a winner is the fifth film in the Harry Potter series, Order of the Phoenix which follows Harry and his friends beginning their training for the ultimate battle with Voldemort. Much like its predecessors, it was well received by critics and was given an extra boost by the final book being released the same month. It would end up finishing ahead of the previous three films and while it still fell somewhat short of the first film, it was a tremendous success nonetheless and showed the staying power of the franchise while also keeping fans hungry for the future films. The next film released this month that is considered a winner is the animated film the Simpsons Movie, based on the popular TV show which sees the Simpsons try to save Springfield after Homer inadvertently causes a dome to be placed over the town. After being on the air for 18 years and remaining one of the more popular shows in history, it was only a matter of time before everyone’s favorite yellow-skinned family would make it to the big screen and it didn’t disappoint as it was in prime position with Ratatouille starting to slow down and no other family film to compete with. The next film released this month that is included in this category is the comedy I Now Pronounce You Chuck and Larry, which sees two men reluctantly agree to get married in order for both to receive their insurance benefits following an accident. Unlike the previous films which were positively received by critics, this one was not as well like and would ultimately finish with less than last month’s big comedy Knocked Up, but this film still had a pretty successful run due to no other major comedies being released which helped it somewhat. The fifth and final film released this month to be considered a winner is the musical film Hairspray, based on the popular Broadway show which sees a heavy-set teenage attempt to join her favorite TV show as a dancer while also dealing with the racial discrimination in the city of Baltimore. Much like the Broadway show, it was positively received from critics and performed well against most of the big-budget films that were released this month by becoming the highest-grossing musical film for the time though it would be surpassed a year later. It just goes to show how much the product can make an impact as unlike last year where one film controlled the majority of the profits, this year the wealth was spread amongst multiple films which causes better balance and helps 2007 continue upward after a successful June.

It was interesting going into this month to see what films would be considered for this category since the gap between Hairspray and License to Wed was pretty wide, and the films that finished in the bottom five ended up doing pretty poorly with nothing able to sneak in above $50 million. However upon closer inspection of those films, they all did just enough to not be considered for this category and as such, we have a rarity in doing these reports in that for the first time since August 2006 there is no loser for the month of July 2007. It might seem like a cop out and there is probably one film that came close to being included in this category, but it ultimately ends up in another category which we will get to shortly so it just goes to show how well the month ended up playing out by not having any films be included in this category.

The Surprise/Story of July 2007: Battling robots outlast wizards to win crown of July 2007

Going into the month of July 2007, it was interesting to see how the month would play out in terms of which film would finish at the top of the list. It seemed that Order of the Phoenix was set to take the crown. As only the second film of the series to be released in the summer and not in November, it seemed prime for this film to dominate as the questions seemed to be if Transformers would be able to succeed given its premise of being based off a line of toys that saw its heyday in the 80s. Add in to the fact that Order of the Phoenix was better received from critics than Transformers and it seemed like a lock, however when the smoke cleared Transformers found some magic (no pun intended) and managed to finish ahead of Order of the Phoenix by almost $30 million. It was quite a feat for Transformers to beat out an established franchise like Harry Potter and it would end up launching it as its own franchise, but don’t fret for Harry and his friends because this is only the second time a Harry Potter film didn’t finish at the top (the other being June 2004 where the third film was beat by Spider-Man 2). It will be fun to see how the Transformers franchise fares going forward while also seeing if the final Harry Potter films can claim the top spot of their months, and both films do end up doing well and help July 2007 be one of the most successful months for the year.

So when it came to choosing an overachiever for the month of July, it was pretty tough to come up with one as the top five of the month all did pretty well and finished well above their budgets. Going in, I thought that I would end up choosing Hairspray as the overachiever though it didn’t up doing as much as I thought it do, so I ended up going with the top grossing film of the month which is of course Transformers. As mentioned previously, there was some question as to how this film would do given the idea of adapting a film from a line of toys that saw the height of their popularity in the 1980s, but for some reason it connected with the audience in a pretty loaded month and finished at the top of the list for the month. I will give a quick nod to Hairspray as well though it is not officially a co-overachiever as it did play very well against a lot of the big budget films that came out this month, and it would set a bar for future musical films to try and top in the future.

Underachiever of July 2007: I Know Who Killed Me

As I had covered back in August 2006 when Snakes on a Plane was named underachiever for that month, there will be plenty of times going forward that the underachiever is a film that receives a lot of hype and is expected to do well only to end up falling flat. For this month, there was really only one way to go when it comes to crowning the underachiever of the month and that is the film I Know Who Killed Me, a psychological thriller where a girl survives an attack from a serial killer only to declare that she is the victim’s twin while trying to find the killer. Given that a lot of the promotion going into the film was centered around Lindsay Lohan and the type of film that it is, there was a pretty good amount of hype going in though ultimately the film would completely sink under the weight of the bigger films released during the month. Add in the scathing reviews from critics with some calling it one of the worst films of the year and it was a recipe for disaster, and one could say it was one of the final nails in the coffin of Lohan’s career as she would slip into obscurity by the end of the decade.

July 2007 Awards Watch: Transformers, The Simpsons Movie, I Now Pronounce You Chuck and Larry, Hairspray, Sicko, I Know Who Killed Me, and Captivity

So overall when it comes to July 2007, it ended up being a pretty successful month and definitely one of the best, if not the best month of the year. Coming off June 2007 which helped turn things around for the year after a pretty dismal beginning, July 2007 continues that upward trend and the summer has made up for the tepid spring. Compared to one year ago, this month was clearly more successful than last year as there were multiple films that made over $100 million as opposed to just one film from last year. There was a diverse number of films released during this month that were able to succeed and again this month is also pretty memorable for having one of the worst films ever made come out though that could be challenged in the future. 2007 has been a very interesting year in terms of film as the year started pretty weak, but thanks to the last three months things have picked up big time and as we head into the final month of the summer, we will see if things can continue or if they will plateau and level out or even lose some momentum. As for the month of July 2007, it was a very successful month and currently the best month of the year to date.