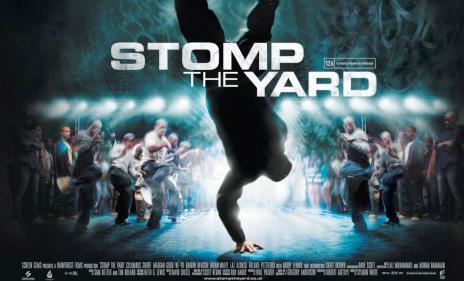 Top 10 Films for the Month of January:

So coming off of a pretty solid 2006 in terms of the overall year, we kick 2007 off here with an extremely weak crop of films. At this point, the month of January usually doesn’t see many major films released as it was dominated by holiday holdovers and awards contenders, and the films that do get released don’t exactly light the world on fire. Case in point, January 2007 only sees one winner for this entire month and that is the dance film Stomp the Yard, a film that sees two fraternities compete in step dancing competitions. But even as the lone winner of the month, this film didn’t make the most of its run as it ended up finishing with a portly $61 million which was very low for a film to finish first for the month. I think that many were not of the belief that January was a good month to release major films, but we will see if that thought changes going forward or if the month will pretty much stay status quo coming off the end of the previous year.

This is an interesting case here because when it comes to choosing a loser of the month, it seems like the rest of the month should be in contention since everything else from this month finished with less than $40 million. However, there were a few films released this month that actually met their expectations which were pretty low going in and only these three films ended up underperforming and are considered losers for the month. The first film from the month of January to be a loser of the month is the film Children of Men, a science fiction thriller based off the novel of the same name. The film started in limited release in 2006 and came out wide early in the month, but it struggled to find an audience despite the positive reviews and being an awards contender which proves that connecting with mainstream audiences is different from connecting with critics. The second film to make this category is the animated film Happily N’Ever After, loosely based on classic fairy tales in the same vein as Shrek. Despite being the only animated film released this month and that it came out at the beginning of the month, it also failed to connect with audiences who continued to flock to Night at the Museum despite it being out for a few weeks. It would be panned by critics who considered it a cheap Shrek knockoff and it fell out of favor very quickly, and it would end up finishing close to the bottom of the list of the top 10. The third and last film to be considered a loser for the month of January was the film Alpha Dog, a crime drama film based on the kidnapping and murder of Nicholas Markowitz. Much like some other films released this month, it struggled to find an audience who continued to flock to other films released from December and that coupled with middling reviews caused it to underperform in the box office and it ends up being a loser for the month of January.

The Story of January 2007: Tepid newcomers and award contenders lead to weak start of 2007

As I had mentioned earlier in this recap, January was not seen as a strong month for major films to be released so a lot of smaller films would come out while the films seen as awards contenders start being released on a wider scale. You would hope that perhaps one of these films could be a breakout hit and standout amidst the remaining films, but sadly nothing here ends up doing that and all the new films released were pretty blah while the awards contenders that went wide failed to generate any interest. Instead, most of the money from this month went to holdovers like Night at the Museum, the Pursuit of Happyness, and Dreamgirls who were drawing audiences away from the other films released this month. In the end, the only film from this month that was able to do anything was Stomp the Yard though again that barely seemed like a blip on the radar compared to the holdovers. It would probably take a while before January produces a hit movie that gets the year off to a hot start, but for now this crop of films ends up tanking the month of January and gets 2007 off to a poor start.

Overachiever of January 2007: Stomp the Yard

When I was thinking about coming up with an overachiever for the month of January, I almost balked at not giving any film the nod of overachiever. Considering how incredibly poor all the films released this month did, it seemed like an easy cop out to not name any of them overachiever. However upon closer review, the only film that deserves to be mentioned in this category is Stomp the Yard as it did do pretty well enough for a dance film and made some good money. The bar when it comes to dance films is pretty low and given the $13 million budget this film received, it was pretty easy for it to far exceed on the low expectations and as such it deserves its place as the overachiever of January 2007, but again it just goes to show how pretty tepid this month was as a whole that this film is the overachiever yet barely made over $61 million for its run.

Much like choosing an overachiever of the month, it was a bit of a challenge choosing the underachiever as well as it seems like the whole month should be considered for this category. However, when you look closer at the numbers most of the films released during this month were not expected to do well and met those expectations, so choosing the whole month would be a complete cop out like picking no one for the overachiever would’ve been. When it came to actually choosing the underachiever, the choice that I went with might be a bit surprising and that ended up being Epic Movie, a spoof film based on a selection of films with the most prominent being The Chronicles of Narnia. Considering how well the previous year’s Date Movie performed it seemed like this one would follow suit, but perhaps this was a sign that the spoof genre was starting to feel somewhat played out. Much like Date Movie, it was critically panned though Date Movie was able to overcome the negative reviews and succeed whilst Epic Movie fell flat in a month where it could’ve dominated though it also didn’t help that it was released at the end of the month. I also want to give an honorable mention to Happily N’Ever After which had the misfortune of coming out at the beginning of the month when Night at the Museum was still hot, though it was not enough to be included in this category but I thought it important to mention.

As I mentioned earlier in the recap, we are in the time frame where most of the award contenders come out and while some are released wide in December, the majority only come out limited in December and see a wide release in January since it is here when the nominees are officially announced. As a result, the year 2007 starts off strong with six movies released this month that end up being nominated for awards. The first film from this month to make the list is Epic Movie, which unlike other films released ended up being panned and was nominated for three Golden Raspberry Awards (Worst Supporting Actress, Worst Remake or Rip-Off, and Worst Screenplay) though it wouldn’t win any. The next film on the list is the Spanish dark fantasy film Pan’s Labyrinth, as it would end up winning three Academy Awards (Best Art Direction, Best Makeup, and Best Cinematography) while also being nominated for three more (Best Original Screenplay, Best Foreign Language Film, and Best Original Score). It would also be nominated for one Golden Globe Award (Best Foreign Film) which it would not win, but it was one of the more surprising success stories of the year. The next film of the month to be included is the film Children of Men which would be nominated for three Academy Awards (Best Adapted Screenplay, Best Cinematography, and Best Film Editing) though it wouldn’t win any. The next film from the month of January to be included here is the psychological thriller/drama film Notes on a Scandal, and it would be nominated for four Academy Awards (Best Actress, Best Supporting Actress, Best Adapted Screenplay, and Best Original Score) though it would end up not winning any awards. The film would also be nominated for three Golden Globe Awards (Best Actress – Drama, Best Supporting Actress, and Best Screenplay) though it would also not win any of those awards either. The fifth film released this month to be in this category is the Spanish-drama film Volver which would be nominated for one Academy Award (Best Actress) which it wouldn’t win, and it would also be nominated for two Golden Globe Awards (Best Actress – Drama and Best Foreign Language Film) though it wouldn’t win either of those either. The sixth and final film for the month of January to make the list is the action-comedy film Code Name: The Cleaner which would receive one Golden Raspberry nomination (Worst Supporting Actress) though it would not win. So it is clear that while most of the films released this month may not have been successful in terms of money made, they were considered some of the best films of the year and worthy of all their award nods.

Overall, the month of January for 2007 ended up being a pretty bad month in terms of the films that were released. As mentioned, January was not seen as a month for a major film to be released coming off of the end of the previous year, but still you expect at least something to break out and this month had nothing. Between the films that were released and the limited award contenders that went wide during this month, the fact that nothing stood out from the pack is very disappointing. Now granted, the slate of films that were released this month were nothing that looked too spectacular and nothing was going to set the world on fire, but to have all of them fall completely flat is really bad. Going forward, we will see if this becomes a trend for the month of January or if future years will have a breakout film released during January and start the year on a high note. As for the month of January 2007, it gets the year of 2007 off to a rocky start coming off a pretty solid end of 2006 and 2007 now has a lot of catching up to do to compete with 2006.