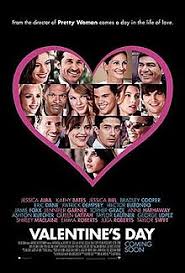 February Losers: The Wolfman and From Paris With Love

So last month we had no winners and a few losers of the month which meant it would’ve been funny if this month had only winners and no losers, but alas it was not meant to be as we do have two films from this month that end up being losers. The first film from this month that makes it into this category is the horror film the Wolfman, a remake of the classic 1941 film of a man who is bitten by a werewolf and is cursed to be a werewolf himself as he terrorizes his town. The film would receive negative reviews from critics who felt it was not faithful enough to the original and while it did finish with just over $61 million and landed in the top 10, it still ended up being one of the bigger bombs of the year. The other film from this month that makes it into this category is the action film From Paris With Love, a film about a CIA operative who is paired with a veteran secret agent as they try to uncover a terrorist plot to bomb the U.S. Embassy in Paris. The film would also receive negative reviews from critics and fared even worse than the Wolfman did, and it would finish with barely over $24 million and was also one of the bigger bombs of the year. It’s pretty interesting because sometimes you have one or two losers that just missed the mark and were forced into this category, but for both these films to be bombs of the year it is fitting that they belong here as losers.

Over the last few years, February has seen a fair share of different films released throughout the month but it seemed like one of the things they really haven’t capitalized on was releasing romance films during the month. It makes all the sense in the world given the Valentine’s Day tie-in and this year, we had two major romance films come out with Valentine’s Day and Dear John along with a semi-romantic film in Crazy Heart. However at the end of the day, romance ended up taking a backseat anyway as Shutter Island finished at the top of the pile with $128 million though Valentine’s Day also crossed the $100 million mark as well. It was a plus that two films from this month managed to cross that $100 million mark and this already puts them at a major advantage over January which completely tanked. On a quick side note, it should also be mentioned that Avatar would make history as it became the first film to cross the $2 billion mark worldwide which is just absolutely staggering of a number to think about. In the end, this ended up being a pretty big February and after the year got off to a very slow start in January, things have picked up here and we have some momentum going into March.

Going into February 2010, there was a lot of question as to whether Valentine’s Day would do well even though it was coming out on the same weekend of the holiday, but it would also have to contend with Dear John coming out the week before while also contending with two new films. There was a lot of buzz surrounding it given the number of stars that were featured in the film and they were all going to share as much time as they could, but when the film came out the reception was not good as many felt it was too cliché and wasted the star power that they had. However, this was a case where everything fell into place for the film between the release date and the fact that they used the star power to draw people in, and also that the other two releases on that weekend were fairly tepid and Dear John fell off pretty quickly despite a strong opening weekend. As a result, the film would play very well throughout the month and wound up finishing with over $100 million which was more than I think anyone ever expected it to do especially for something niche like a romance film. In the end, it was quite the success for this film and therefore it deserves the title of overachiever for the month of February 2010.

Underachiever of February 2010: Percy Jackson and the Olympians: The Lightning Thief

Going into the month of February, there had only been one film released in 2010 that had been aimed at families which was Tooth Fairy, and that film ended up being a disappointment and wound up being the underachiever of January 2010. As we head into this month, we were once again limited to the number of films aimed at families as we only had one film from this month that fit that bill while the rest were geared towards adults. The film that was looking to finally bring the kids back to the theater was the fantasy film Percy Jackson and the Olympians: The Lightning Thief, based on the novel of the same name where Percy learns he is Poseidon’s son and tries to retrieve the bolt of Zeus. Unfortunately, the film would receive mixed reviews from critics who like the performances of the actors, but felt the film was not faithful enough to the novel and it would finish in third its opening weekend. While the film would finish with just over $88 million which was a fine number for the genre, there was a feeling that it should’ve done better especially given the lack of family films in the market at the time. As a result, this becomes the second straight film that is aimed at families to be named the underachiever of the year and the families are still looking for a film to attach to by this point.

Overall, the month of February 2010 ended up being a pretty decent month as it was far better than anything January 2010 had, but compared to previous Februarys it was still on the low end of the totem pole. Anytime you come off a month that was as bad as January was, there was no other way to go but up though how high it ends up going depends on the product being released. In regards to the product that was released this month, it was a mixed bag of success as we did have two films make over $100 million and a couple of other films did fairly well though there were also a fair share of disappointments as well. Needless to say, 2010 has not been a good year thus far as it started with a dismal January and while February was slightly better, it is still not too good and now March is going to need to really deliver to get the year back on track. As for February 2010, it is a decent month with some good successes though it is still a pretty below average month.