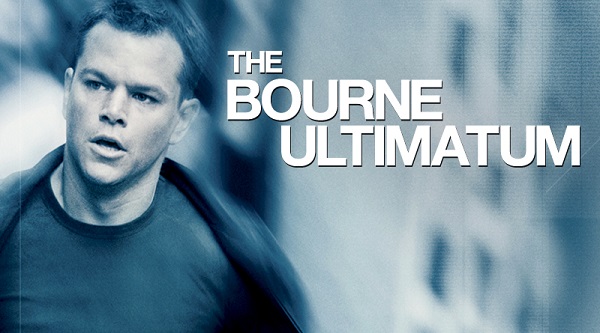 So as we head into the final month of the summer of 2007, the summer has been on a pretty solid run after a hot June and pretty hot July coming off a tepid spring. But as we head into this month, we might see things start to slow down with the summer coming to an end and school beginning. However, August 2007 managed to finish on a pretty good note as there were a few films that had success as opposed to the previous year where only one film broke out. The first film from this month that is included in this category is the action film The Bourne Ultimatum, the third installment in the Bourne series where Jason Bourne seeks to learn more about his past while avoiding a fellow assassination group who are trying to kill him. Coming out at the beginning of the month and carried by fantastic reviews from critics, Ultimatum would end up outgrossing the previous two Bourne films and would have a great run throughout the month while finishing at the top of the month by a significant margin. The next film on the list that makes it into this category is the teen comedy film Superbad, a film which sees three friends try to get with the girls they like while trying to make their way to the girls’ party. The raunchy film also received favorable reviews from critics and was a sleeper hit throughout the month of August and into September which made it one of the more successful comedies released this year. The third and final film released this month that makes it into this category is the remake of the classic horror film Halloween, which sees the origins of Michael Myers and his path to becoming a serial killer. The re-imaging of the franchise directed by rock icon Rob Zombie was not well received by critics, but it would have a good run as it would set a record for a Labor Day weekend release that still stands to this day and is also the highest grossing film in the Halloween series. While this month didn’t have as many winners as last year did (6 last year compared to 3 this year), there was a lot more balance amongst the  top 3 films in terms of money made as opposed to last year which was similar to how July 2007 performed compared to July 2006.

August Losers: Stardust and The Invasion

So as I just mentioned, while there were more winners last August as opposed to this August it was clear that the top 3 films released this month were far more balanced in terms of the money they made and there were a few more big winners as opposed to last year. However unlike last August where he had no losers of the months, this year we do have two films that had to be included in this category. The first film released this month that is included in this category is the fantasy adventure film Stardust, based on the novel of the same name which sees a young man try to save a young woman from witches while having to deliver a star to his lover. Despite having some pretty solid reviews from critics, the mainstream audience was not as impressed as it was buried amongst some of the other films released this month and ended up being a flop though not as big as some of the other flops released this year. The second and last film released this month that makes it into this category is the sci-fi horror film The Invasion, a remake of the classic novel The Body Snatchers and the film Invasion of the Body Snatchers. Unlike Stardust which was actually received well by critics, this film was panned pretty bad by critics and after being released a year later than it was originally planned, the film would also bomb as it couldn’t even crack the top 10 of the month which is saying something considering what was ahead of it in the first few spots.

The Surprise/Story of August 2007: Bourne’s 3rd outing claims August 2007 to close out summer

When the summer started back in May, that month was mainly dominated by a trio of third parts as Spider-Man, Shrek, and Pirates of the Caribbean controlled the entire month. After June and July were ruled by original films (Ratatouille and Transformers), the summer comes to an end in August and once again a third part of a trilogy finishes at the top of the month. The third installment in the Bourne trilogy was well-regarded by critics and coming out at the beginning of the month when films like Transformers and Harry Potter 5 were slowing down, it was a prime spot for Ultimatum to make some serious coin. Sure enough, the film would end up setting the opening weekend record for the month of August which would last for 7 years and as mentioned it would top the previous two Bourne films by a significant margin. It was a tremendous success for the series and it would be interesting to see if this would lead to another potential film or if this would end up being the end of the franchise. Regardless, there is no doubt that Bourne Ultimatum was one of the best films of the year and helped end the summer on a pretty high note.

When you look at the final numbers for the month, it would seem like the overachiever of the month should be the Bourne Ultimatum due to how much money it made against its budget, but it was pretty obvious that the film would do exceedingly well due to the positive reviews and buzz being the third film. So therefore, the film that deserves the title of overachiever for the month of August 2007 is the film Superbad which had a pretty solid run as well. Going into its opening weekend, there was a bit of uncertainty if the film would be able to find an audience given its high school setting and content of the film. However with no major comedy having been released since I Now Pronounce You Chuck and Larry back in July, the film was in a perfect spot to earn some money and it would have a solid run during the back end of the month going into September. It would end up launching the careers of Jonah Hill and Michael Cera while also continuing to grow Seth Rogan’s starpower, and it would be one of the more successful comedies released this year.

Much like with the overachiever of the month, on the surface it looked like the underachiever of the month should be one of the losers of the month which was The Invasion as it wouldn’t even make the top 10 for the month and ended up being a pretty big bomb. However, I’m sure that The Invasion was not expected to do well to begin with and while it would bomb, it’s still not enough to be named the underachiever of the month. Instead that honor would go to the comedy action film Rush Hour 3, the third part of the trilogy which sees Chris Tucker and Jackie Chan team up one more time as they try to stop a gang of Triads in Paris. While the film would end up making $140 million and finished second for the month, I think there was an expectation that the film would do better than it did. The reviews for it were pretty bad and being sandwiched between Bourne Ultimatum and Superbad was also a factor working against it, and it would end up finishing last in its trilogy by $1 million and also earns a spot as one of the underachievers for the year of 2007.

So once again comparing this August to last August, this August actually had more than one film manage to make its way into this category as last August only had one film be included in this category. This was one of the times where I actually thought there were more films released this month that received award nominations, but I was wrong as only three films released this month end up getting included in this category. The first film from this month that earns a spot in this category is the Bourne Ultimatum which would win all 3 Academy Awards it was nominated for (Best Sound Editing, Best Sound Mixing, and Best Film Editing), giving it the second highest number of Academy awards won this year. The next film released this month that gets in this category is the comedy Daddy Day Camp, the sequel to Daddy Day Care where the dads decide to buy a summer camp. It would be widely panned by critics and had one of the worst ratings of any film released in 2007, and it would end up winning one Golden Raspberry Award (Worst Prequel or Sequel) and was nominated for four more (Worst Picture, Worst Director, Worst Actor, and Worst Screenplay). The third and last film released this month that gets into this category is the film BRATZ, based off the popular dolls where four friends try to fit in with the popular cliques in school. Much like Daddy Day Camp, this film was also panned by critics and also bombed at the box office, and it would be nominated for five Golden Raspberry Awards (Worst Picture, Worst Actress, Worst Supporting Actor, Worst Screen Couple, and Worst Remake or Rip-Off) though it wouldn’t win any. As mentioned, I thought that there were more films released this month that would be included, but three is still a pretty decent amount for any month of the year.

So overall, the month of August 2007 was a pretty successful month and served to end a pretty solid summer of 2007. Since the summer started back in May, we have seen a lot of films make a lot of money over the span of 16 weeks and considering that August could’ve been a down month given that the summer was ending, this August finished on a pretty high note as compared to last year. Unlike last year where one film dominated most of the month, this year had a few films do very well though it wasn’t without its speed bumps as a few films released this month did bomb pretty badly though it wasn’t enough to completely drag the month down. 2007 has been a very interesting year as we started in a pretty deep hole and March pulled it up slightly, but since the summer started the year has pretty much straightened out and is now about on par with last year if not slightly ahead. As we head into the fall, we will see if the momentum will keep going or we are set to hit another lull in the year until we hit the holiday season. As for the month of August 2007, it was a pretty good month that ends the summer season on a pretty strong note.