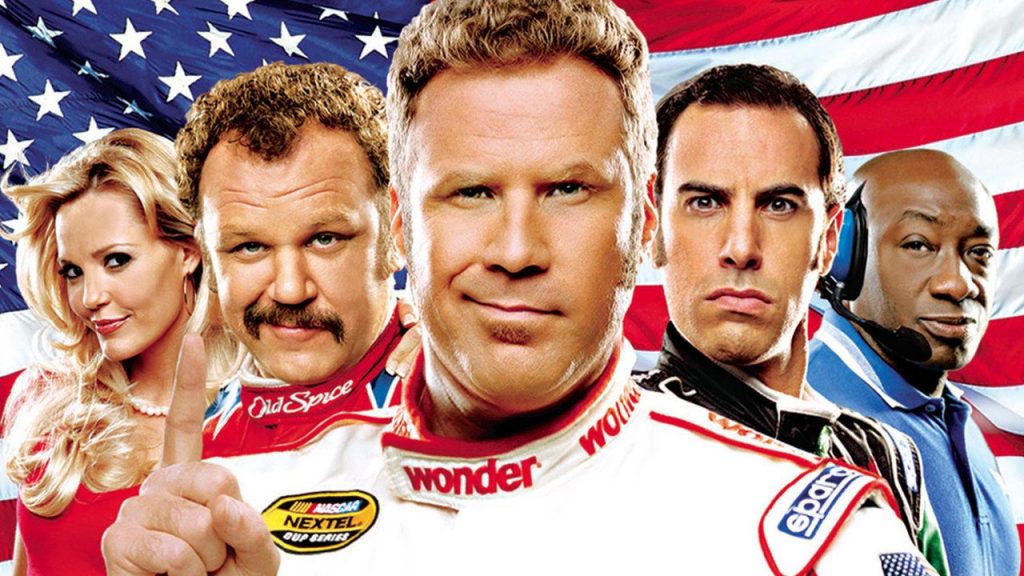 Top 10 Films for the Month of August:

Coming off one of the most lopsided months in which one movie dominated the month, August essentially levels things out as the summer comes to an end. Obviously, there is one clear winner here with only one film grossing over $100 million, but unlike last month a few other films managed to break through and make some good money. The first real winner of the month is the comedy Talladega Nights, which was right in the wheelhouse of lead Will Ferrell’s career by this point. He was on a great run by this point of being in big hits and Talladega Nights was no exception as it ended up being his biggest opening since 2003’s Elf. The second film that deserves its place in this category is the animated film Barnyard, based on the Nickelodeon TV show of the same name. In a summer where animated films were struggling to break out apart from Cars, Barnyard avoided the same fate that the Ant Bully suffered the previous month though it was unable to go any higher than what Monster House did. Perhaps the most unlikely film from this month to make this category was the dance flick Step Up, which ended up doing better than many expected which I will delve further into later in this recap. In a time where dance films were not as prevalent as they are now, this was a breath of fresh air and connected with the teenage audience in a month with a lot of films targeted at adults. Perhaps one of the biggest winners of the month was the “dramedy” film Little Miss Sunshine, which was technically released in July though it was released wide during the month of August. It is usually around this time as I mentioned that awards contenders would be released and Little Miss Sunshine became a strong awards contender as it scored big with critics and the general population. Continuing down the list of winners for the month is the sports film Invincible, based on the true story of Philadelphia Eagles player Vince Papale. It was a perfect film to end the summer and it also came out around the time the NFL season kicked off, and it was a solid way to end up what was a very unique summer. Finally, the last movie to be considered as a winner was the horror film the Descent, which was released the year prior in the UK before being released in the USA this month. Even though it didn’t make a lot of money which was weird given how devoid the market was of horror films, it did make a good amount of money to deserve a spot in the “winners” category. It is quite remarkable to see this amount of films do pretty well coming off a month where one film was so dominant, but it is really good to see different films do well and make money.

Since I started doing these recaps, I knew that every month was guaranteed to have at least one film released that month that was going to be considered a “loser”. Whether it was because a film completely bombed at the box office or was not able to recoup its budget, I believed that there would be at least one type of film for each month. However, that theory is proven not to be true with the month of August 2006 as for the first time since the recap started, we have no film that deserves to be considered a loser. Now I know this may seem like a cop out to not include any films in this category, but upon looking at the list of films this month no film met the criteria. All the films released this month either did very well and made money over its budget, or if a film didn’t make a lot of money and ended below its budget it wasn’t enough to be considered a major flop. Now going forward, I don’t think we will have a situation like this again where no film released during a month is considered a loser, but it will be interesting going forward to see if it does happen again.

The Surprise/Story of August 2006: Talladega Nights takes the checkered flag for August while Snakes on a Plane fails to take off.

So after having the first time of having a month where there were no losers, we have another first here as the story of the month is focused on two different movies. The reason for this is because we have one film that did extremely well and one that didn’t do poorly, but ended up not living up to the hype. Obviously, the first film to talk about here is Talladega Nights which ended up finishing first for the month and as mentioned, it was the only film released this month to gross over $100 million. It also helped that it came out during the NASCAR season so the tie-in worked well, and as mentioned Will Ferrell was still pretty bankable by this point and he was able to help sell the film along with John C. Reilly. On the flip side, Snakes on a Plane looked like your standard horror film with some comedy added as well, but for some reason it was hyped up to no end thanks to Samuel L. Jackson and the internet. I will delve into this in a few categories from now, but it was clear that Snakes on a Plane ended up not living up to the hype and while it did decently, it was not nearly enough to pay off the hype it got.

Overachiever(s) of August 2006: Step Up and Little Miss Sunshine

After two months of just one film being named in this category, we now have two that deserve the title of overachiever for the month of August. In a month that was dominated by Talladega Nights, it would be two unlikely films that would end up making a name for themselves. The first on the list is the dance film Step Up, which on the surface looked like it wouldn’t do well due to the negative reviews from critics and the fact that dance films haven’t stood out since Save the Last Dance in 2000. However, it turned out to be a case of “right place, right time” as it would help pave the way for future dance films and while some of them might not have been as successful, Step Up will be credited for helping the dance film find its footing. The other film that deserves to be in this category is Little Miss Sunshine, which might somewhat be cheating since the film was technically released in July. However, I always factor when the film was released wide which was in August, and the positive word of mouth from limited release and the great reviews from critics help make the film a success as it headed towards awards season.

Underachiever of August 2006: Snakes on a Plane

Unlike the last few months where we had multiple films released in a month that would be nominated for the big three, this month we only have one and again it was technically released in July. That film would end up being Little Miss Sunshine as it would go on to win two awards (Best Supporting Actor and Best Original Screenplay) while being nominated for two more (Best Picture and Best Supporting Actress). It would also go on to be nominated for two Golden Globe Awards (Best Picture – Comedy or Musical and Best Actress – Comedy or Musical) though it would not win either.

Overall, the final month for the summer of 2006 was a bit of a disappointing way to end what ended up being a pretty solid summer. As we have documented here, the summer started strong with a solid May, peaked with a tremendous June, started the decline a bit with July that was dominated by one film, and now August closes things out with a whimper. Now it’s not a complete failure as we did have one film gross over $100 million while the others did fairly well, but considering what we’ve seen earlier in the summer it does feel like a bit of a letdown. Typically when it comes to the summer months, August ends up being the weakest since we are coming to the end of summer and the start of the school year. There will be times going forward that August does very well and has a few films break out, and in the process they become one of the highest grossing films of the year. As for the month of August of 2006, it ends up being a decent month for the year though it is a pretty soft end for what ended up being a pretty hot summer.