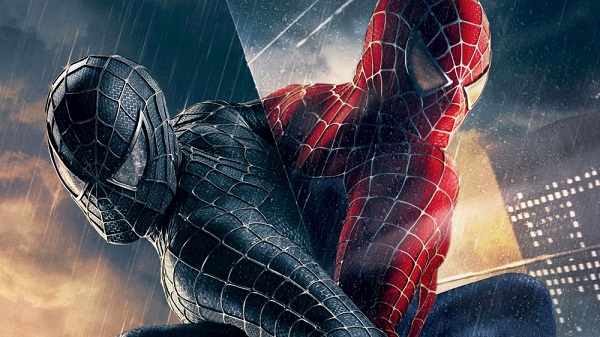 So we have finally reached the end of the year and I believe that it is only fitting that we do a final recap of the year in general. The way this will work is that I will first take all the films that were number one in their respective month and rank them by the amount of money that they made. I will then include a list of films that all made over $100 million in their run into a separate list that will be considered honorable mentions. Next, I will list all the winners and losers from each respective month and after calculating the profits and net losses, I will rank the top 10 winners and losers of the year. Next, I will list all the stories/surprises from the year and list my top 3 for the year, and then I will list the overachievers and underachievers before forming a top 5 of the year for both based on box figures and personal opinion. After that, I will list all the films from each month that were nominated for the big 3 awards (Academy, Golden Globe, and Golden Raspberry) and then list the films that won each of those awards (number of awards won by number of awards nominated for). Finally, I will give my overall thoughts of the year in general and rank the months by grade before giving a final grade for the year.

April: Disturbia, Are We Done Yet?, and Fracture

May: Spider-Man 3 and Shrek the Third

July: Transformers, Harry Potter and the Order of the Phoenix, The Simpsons Movie, I Now Pronounce You Chuck and Larry, and Hairspray

October: Saw IV, Tyler Perry’s Why Did I Get Married?, Michael Clayton, and Dan in Real Life

November: American Gangster, Enchanted, No Country for Old Men, and This Christmas

December: I Am Legend, National Treasure: Book of Secrets, Alvin and the Chipmunks, Juno, and P.S. I Love You

January: Children of Men, Happily N’Ever After, and Alpha Dog

March: Meet the Robinsons and Zodiac

April: Grindhouse, Perfect Stranger, Next, and Pathfinder: Legend of the Ghost Warrior

June: Evan Almighty and Surf’s Up

August: Stardust and The Invasion

September: The Kingdom, The Brave One, Eastern Promises, Shoot ‘Em Up, Dragon Wars, and The Assassination of Jesse James by the Coward Robert Ford

October: The Heartbreak Kid, Across the Universe, Elizabeth: The Golden Age, and the Seeker: The Dark is Rising

October: Saw IV slashes its way to the top of weak October 2007

December: Will Smith out-duels treasure hunters and singing chipmunks to close out 2007 on a high note

May: Shrek the Third

November: No Country for Old Men

December: Alvin and the Chipmunks and Juno

May: Pirates of the Caribbean: At World’s End

June: Fantastic Four: Rise of the Silver Surfer and Surf’s Up

July: I Know Who Killed Me

October: Across the Universe

December: The Water Horse: Legend of the Deep

April: Are We Done Yet? and Next

May: Pirates of the Caribbean: At World’s End

July: Transformers, The Simpsons Movie, I Now Pronounce You Chuck and Larry, Hairspray, Sicko, I Know Who Killed Me, and Captivity

September: 3:10 to Yuma, Good Luck Chuck, Eastern Promises, In the Valley of Elah, and The Assassination of Jesse James by the Coward Robert Ford

October: Michael Clayton, Across the Universe, Gone Baby Gone, Into the Wild, and Elizabeth: The Golden Age

So overall, the year of 2007 ended up being down the middle in terms of how the year went. There is no question that there were a lot of successes during the year which helped prop it up somewhat slightly, but at the same time there were also a lot of failures throughout the year that keep it from being a better year. When we look at the numbers, it was pretty clear the summer carried the year while December managed to end it on a high note, but the remaining months of the year were either solid, underwhelming, or just downright bad with January garnering a rare “F” grade. It is a pretty good sign when you have 28 films released this year that made over $100 million and at the time that was a good number, but I’m sure the number will go up a bit in the years to come. 2007 was a very interesting year in the box office as business did seem a bit down when compared to last year though as mentioned there were plenty of films that did very well, and we will see how 2008 plays out and if they can improve on 2007. As for the year of 2007, it is a pretty down the middle year in terms of the box office though it does tick upward just slightly thanks to the summer and December.